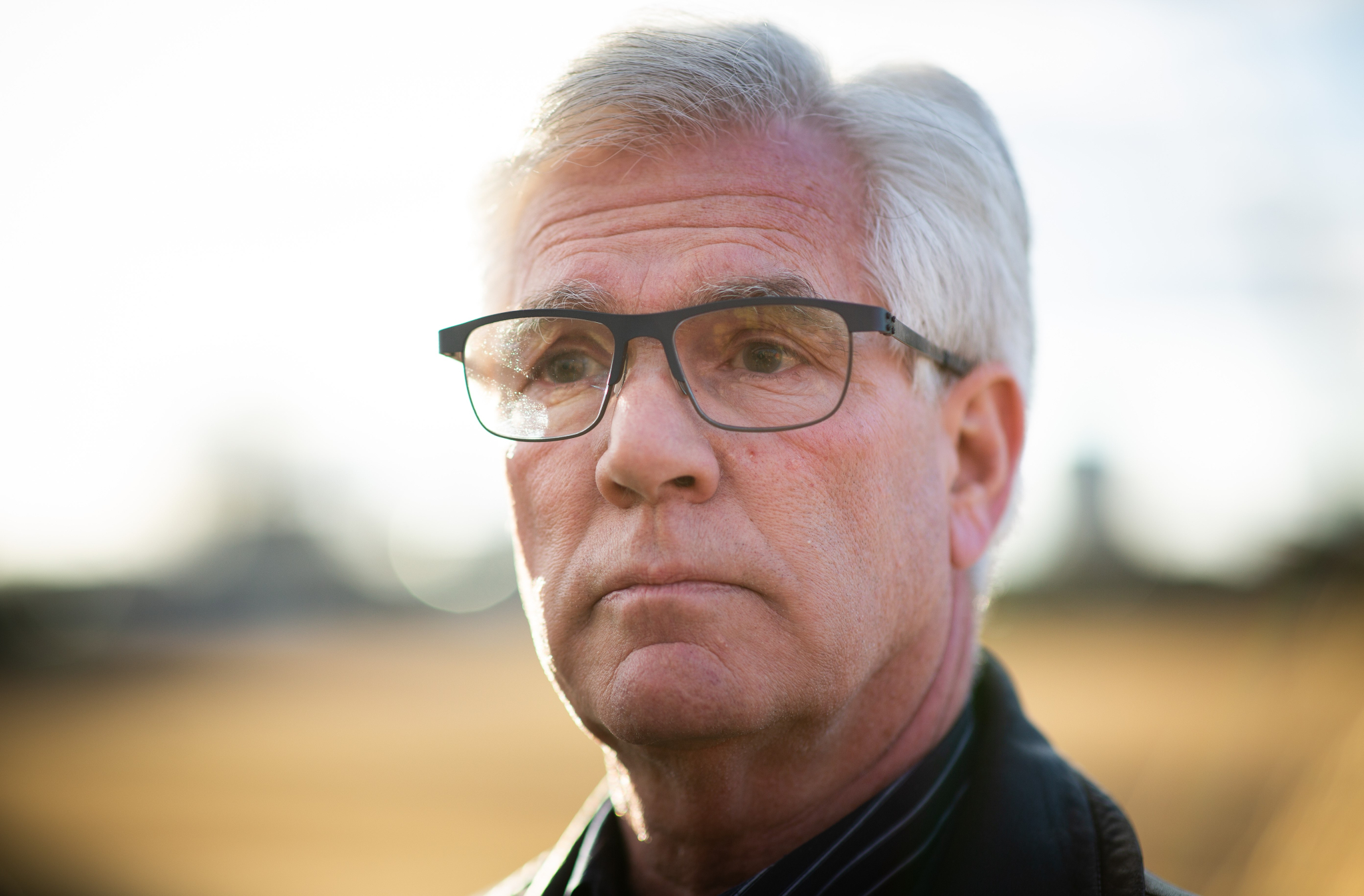 Texas-based energy giant Kinder Morgan is appealing to Ottawa to take “preemptive action” to force British Columbia to stand down in its intent to oppose the building of a major oil pipeline.

The multinational energy company behind the Trans Mountain expansion project announced on Sunday that it was suspending all non-essential spending on the expansion, and gave a deadline of May 31 before it walks away.

That decision came a day after a protest by Indigenous leaders and environmental activists resulted in a suspension of activities. Close to 200 people have been arrested at a Kinder Morgan terminal in Burnaby, B.C.

In a conference call with financial outlets Monday morning, Kinder Morgan said it was up to Prime Minister Justin Trudeau's government to break the impasse created by B.C. Premier John Horgan's NDP government, which has pledged to use all legal tools available to block the pipeline.

“We are at a point where our spending would need to increase significantly, in order to get full construction activity,” said Kinder Morgan's chairman and chief executive officer Steve Kean.

“The need for certainty becomes acute at this stage. Full construction would reach $200-$300 million a month. That level is unsupportable unless we are confident that we can finish what we start.”

The B.C. premier is pursuing a reference case in the courts to determine if his government can control the shipment of oil through the province on environmental grounds.

There is also another legal challenge in the Federal Court of Appeal, where the federal government’s approval and B.C.’s environmental assessment certificate for the project are being challenged. This case would review whether the federal government fulfilled its legal duty to consult affected First Nations.

Kean said B.C. has taken advantage of its “shared jurisdiction” with the federal government in certain areas to oppose the pipeline. “There is considerable power behind a federally-approved undertaking, particularly a pipeline project, which is what this is. But it’s not exclusive,” said Kean.

The firm is now looking for “final clarity,” he said, in the form of “some kind of preemptive action” from Ottawa that stops B.C. from wielding its jurisdictional authority “and reaffirms the project’s entitlement to proceed.”

This isn't the first time Kinder Morgan has warned about the termination of the Trans Mountain project. In October, it filed legal papers with the National Energy Board warning that it was facing massive losses and a potential project failure due to delays in getting municipal and provincial permits. However, Kean had told investors, at that time, that the company was making progress with the B.C. government, getting hundreds of permits out of about 1,000 required to proceed with construction.

"I think the other message there... is that, you know, the bureaucracies and the statutory authorities of B.C. have continued to do their work," Kean said, during an amicable Oct. 18 conference call with investors. "We don't yet see any evidence of any political interference."

Clayton Thomas-Müller, a Mathias Colomb Cree Nation member from Manitoba and campaigner with environmental group 350.org, said in a message posted on Twitter on Monday that Kinder Morgan's maneuvers were designed to push Trudeau, Natural Resources Minister Jim Carr and Alberta Premier Rachel Notley "to do their dirty work."

The company’s announcement Sunday garnered swift condemnation of Horgan by Notley's NDP government in Alberta, where the premier threatened new legislation to punish B.C. and said she would consider investing public funds to take a new ownership stake in the Trans Mountain project.

"You can speculate as to the kinds of options that the federal government has. They’ve been using a lot of carrots with the B.C. government. At a certain point, maybe the stick ought to come into play," she told reporters Sunday.

Federal Minister Carr, who gave a separate statement April 8 on Parliament Hill in Ottawa, said the prime minister has made it clear that the federal government is looking at "all options" to get the pipeline built.

“This is no time for any provincial government to be reckless with the financial well-being of Canadians and for the fabric of the federation itself," Carr said on Parliament Hill.

His boss, Prime Minister Justin Trudeau, made it clear in an interview with National Observer that he was confident his approval of the pipeline expansion will withstand legal challenges.

Horgan, however, has been undeterred by the pressure, saying in his own statement Sunday that “we will always stand up for British Columbians, our environment and the thousands of jobs that depend on our coast.”

Kean said Kinder Morgan was open to discussing Alberta’s potential investment in the pipeline if there’s clear assurance that the project can actually be completed.

“There have been some discussions. I’m not really in a position where we can talk about those specifically... Let’s be clear on that,” he said. “There’s no magic formulation that’s been articulated by anyone, to us. This is what we’ll be devoting some attention to in the coming weeks.”

As a private-sector company, Kinder Morgan can’t dictate what governments do or establish the timing but it can take actions to protect its shareholders, Kean said.

Well, we knew this was coming

Well, we knew this was coming. The threat of Kinder Morgan suing the Canadian government (under bad NAFTA legislation) is coming to fruition. What does this mean for Canada and Canadians? the coast is toast. Bully boys like Kinder Morgan were waiting (patiently?) until the provinces and federal government were locked in disagreement, then they pounced. We have let ourselves become subservient to a hubris filled corporate agenda. Our resources are no longer ours, but of course we knew this years ago. Protest and dissent are stifled at the whim of multinational welfare bullies, and yes, we do subsidized these creeps, with billions of dollars in subsidies, low corporate taxes and the lowest royalty rates in the G7. We truly have become the hewers of wood and haulers of water that our forefathers were. How terribly sad, for this Corporate owned Canada.

The argument that BC's

The argument that BC's government is threatening the fabric of confederation is total BS. What is happening is that the Trans Mountain pipelinet that should never have been approved is being resisted peacefully and justifiably by Canadian citizens who see the damage it will cause. This points to the strength of confederation and democracy and nothing else.

I watched the CBC program

I watched the CBC program Power and Politics on Monday and was astonished at how one-sided the show was. The presenter interviewed numerous supporters of the KM project and acted as a prompter for their opinions, never questioning, only agreeing or clarifying what they told the camera. The 'power panel' of experts all represented one side. After at least three segments of the 1-hour show, Nathan Cullen was interviewed at the end. His clear, calm explanation of the opposition to the KM pipeline expansion was the balanced reporting, I guess.

CBC has been terrorised by

CBC has been terrorised by the Americans!

This Prime Minister has a lot

This Prime Minister has a lot to answer for. Turned his back on election promises re the NEB review, failed to present either a science based or economics based fact sheet on the reasoning that this is in Canada's interest. He has failed to uphold substantial consultation with First Nations as described in the United Nations Declaration on the Rights of Indigenous People. He ignores the grave risks to our coast and to the land. Witness the sinking of the massive tanker Sanchi with modern navigational aids bursting into flames and sinking after a collision at sea. Witness the sinking of the Queen of the North in B.C.' highly regulated and 'safe' B.C. Ferry Fleet. Oh yes, witness the Kalamazoo bitumen pipeline spill of enormous quantities of bitumen that sank in the water,. Then there is the recent very large Keystone pipeline sill. This is worse than folly. Finally, it is impossible for Canada to meet its Paris climate commitments. All credible experts are in agreement. We are in no uncertain terms being bullied and we must resist this betrayal of B.C. with determination. We are heading to a constitutional crisis that will put he fabric of our country at risk. Make no mistake.

“.... , because of the better price we’ll get for our resources, because of the expansion of our export markets.” The existing Trans Mountain pipeline and tanker terminal has the capacity to load over 100 tankers a year to send to Asia; if Jim Carr’s statement is correct that would be happening, but it is not. There are about 15 crude oil tankers a year loading and all of them go to the USA; none go to Asia.

Go to hell Kinder Morgan, or

Go to hell Kinder Morgan, or at least go back to good ole Texas. We don’t want you up here polluting our waterways and in turn polluting the planet. You are what is the very worst about capitalism. Put your money into something useful such as pollution free energy sources. Sources such as wind farms, tidal sources, solar, geothermal. Stop working to wreck this planet. Are you subsidising space exploration so you can live in a colony God knows where and start polluting a new planet?