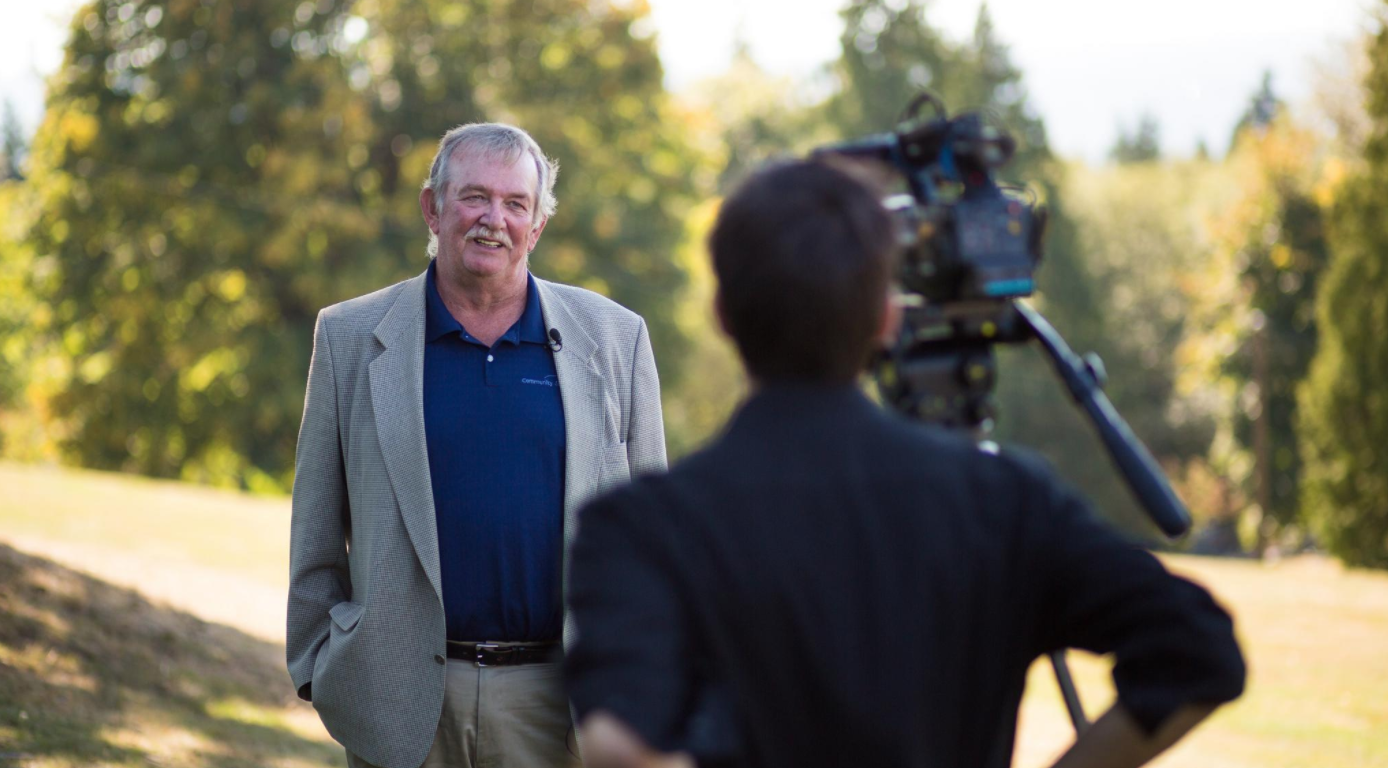 Burnaby Mayor Derek Corrigan speaks with media during a rally against the Trans Mountain expansion in September 2014. Corrigan has said he would stand in front of bulldozers to keep the pipeline out of his city. Photo courtesy of Mark Klotz on Flickr
Previous story
Next story

Kinder Morgan has a bad "feeling" about Burnaby, according to its lawyer.

And it wants Canada's pipeline regulator, an arms-length government organization with powers of a federal court, to consider this "strong feeling" as evidence to justify quashing the city's bylaws on zoning and trees. Such a ruling would allow Kinder Morgan, a Texas-based multinational energy company, to avoid requirements for municipal permits and proceed faster with construction of its west coast Trans Mountain pipeline expansion — a project that the municipal government in Burnaby vehemently opposes.

Lawyer Maureen Killoran, part of a high-powered team of six from a Calgary-based law firm, made the argument on Monday during hearings requested by the pipeline company. Canada's National Energy Board, the regulator, entertained the possibility of granting Kinder Morgan's request.

Kinder Morgan first raised this issue with the board in October, warning that it would face massive losses in the millions of dollars — and a possible project failure — if the Board didn't intervene and allow it to proceed with the controversial project. The pipeline expansion, which would triple the capacity of an existing system that delivers crude from Alberta's oilsands, was approved in November 2016 by Prime Minister Justin Trudeau's government.

Killoran said the company believes it won't be able to work with the City of Burnaby.

"Our concern, quite frankly, is that this panel is going to say, 'Go back and work with Burnaby. Let’s take another 60, 80, 90 days and see if we can work this out.' It is our strong feeling that that would not work," Killoran told the Board.

"While the political climate may not go precisely into the analysis of inter-jurisdictional immunity and federal paramountcy, I think this panel has some practical issues to assess."

Burnaby fires back at company competency

While opposed to the project, Burnaby officials have said they are working in good faith to grant permits required by the company to proceed with its development. Both the city and B.C. government have said Kinder Morgan is to blame for delays since it is not following the rules.

Kinder Morgan, told its shareholders this fall that despite delays, it was confident it would get the required permits. It has argued that Burnaby's process is confusing. The provinces of Alberta and Saskatchewan also intervened in the proceedings, arguing that other jurisdictions should not be able to cause unnecessary delays to a project approved by the federal government.

In response, Gregory McDade, legal counsel for Burnaby, noted that Kinder Morgan hasn't provided any evidence to support its claims that Burnaby would reject permit approvals. He also argued that the Kinder Morgan employees dealing directly with the city on permit applications were either incompetent or inept.

"Trans Mountain has failed to put in a minimally viable application that almost any experienced developer in the City of Burnaby or other major cities would have known to put in, and that they failed to use anyone in consulting with them who had any experience in municipal approval processes," McDade said in his closing arguments, alongside one other city official. "They had people, as you will see, who had pipeline experience... And they stubbornly refused repeatedly to take advice from the staff people at Burnaby who were attempting to assist them."

McDade added that the city suspected the whole process was a set up and that Kinder Morgan never intended to comply with reasonable requirements and rules in Burnaby.​

Burnaby's bylaws are 'not clear'

In her reply, Killoran said the city's bylaws aren't clear about what is required for permits.

​"And what I know the panel has noted, is the bylaw itself contains an element of discretion which allows the director... to just keep asking for more information. So there’s a fair amount of discretion in terms of the material that’s submitted in the first place," she insisted. "So it’s artificial to suggest that all Trans Mountain needs to do is continue to provide the information that’s obviously required for the bylaw satisfaction when, in fact, it’s not clear what that is.

"And the problem throughout this process is that the zoning bylaws say what they say, but it’s not clear to Trans Mountain how Burnaby will interpret them and what they’ll ask for next."

The NEB members who presided over the hearing, David Hamilton, Phil Davies and Alison Scott, concluded the proceedings Monday evening, saying that they were reserving judgment on the matter. It was not immediately clear how long that would take.

since when do lawyers submit

since when do lawyers submit an argument that they have a "bad feeling" about something and have that taken seriously in a court of law. And since when do lawyers for a pipeline company not know how to work with the municipalities through which they are trying to build a high-volume high-pressure pipeline full of a toxic, corrosive substance?

Everyone else seems to manage

Everyone else seems to manage. I guess gigabuck oil companies are too stupid and innocent to fill in a damn form or two like the rest of us. You'd think they could use some of their lobbying money to hire a developer from Burnaby who knows how to do this stuff; doesn't give a "good feeling" about their claims that they'll be creating local jobs.