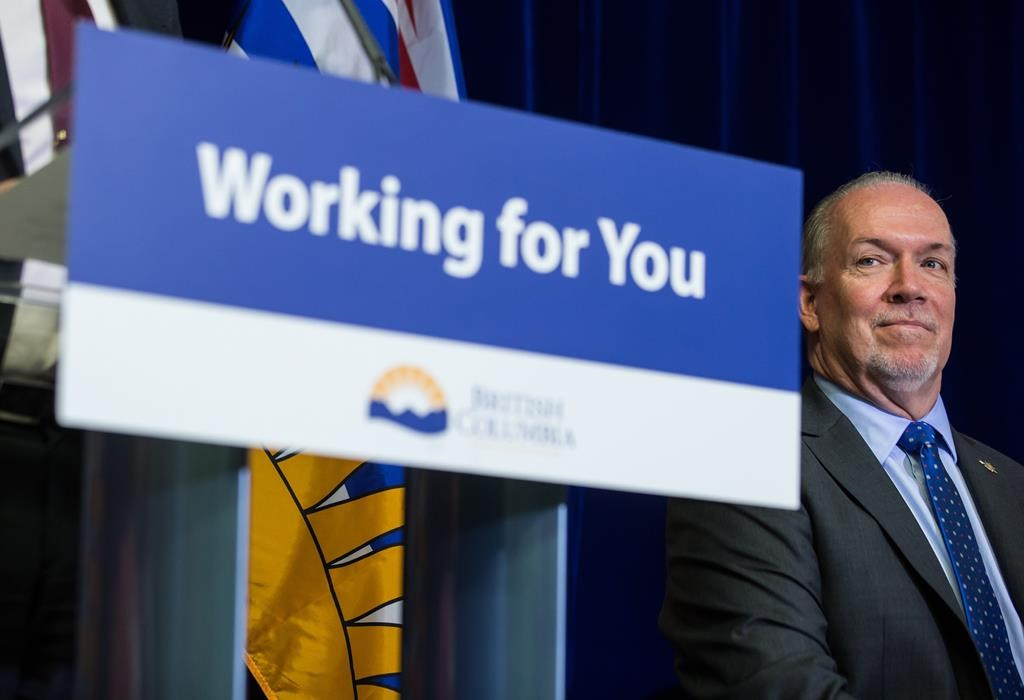 British Columbia's government has issued a progress report on permits for the Trans Mountain pipeline expansion, just as Premier John Horgan readies to travel to Ottawa for a meeting on the controversial project.

The Energy, Mines and Petroleum Resources Ministry says the $7.4-billion project requires 1,187 provincial permits, many of which involve Indigenous consultations.

The ministry says in a statement that 587 permit applications have been submitted to various permitting agencies and of those, 201 have been approved and issued while another 386 are under review.

The report comes as Horgan denies that B.C. is delaying the permitting process, but his statements haven't satisfied Alberta, the federal government or Kinder Morgan, the pipeline's owner.

The company announced last week it is stopping essential spending on the project because of opposition and delays in British Columbia and it gave May 31 as a deadline for government action.

Prime Minister Justin Trudeau has summoned Horgan and Alberta Premier Rachel Notley to Ottawa for a meeting on Sunday to discuss the escalating pipeline feud.

Notley said this week Alberta is preparing to punish B.C. with legislation that could restrict the flow of oil to the West Coast, likely causing a spike in gasoline prices, which currently hover around $1.50 a litre in Metro Vancouver.

Notley also said Alberta is prepared to take over the pipeline.

The federal government approved the project, which would triple capacity of the pipeline running between Edmonton and Burnaby, B.C., in 2016.

Trudeau has repeatedly said Trans Mountain is in the national interest and will get built.

B.C.'s Energy, Mines and Petroleum Resources Ministry said in a statement Friday that Kinder Morgan must still submit about 600 permits for the expansion.

It said the submitted permits must align with 37 conditions outlined in B.C.'s environmental certificate and the 157 conditions detailed in the National Energy Board's approval.

Horgan said Friday that B.C. is heading to court to test its jurisdictional authority over the pipeline, but until then, the government is not holding up the expansion.

"We are not thwarting the project," he said. "We are issuing permits as they ask for them."

But the provincial government will continue to state its belief that the pipeline poses environmental and economic risks that are too great, Horgan added.

"I do believe we have a mandate to defend the coast," he said. "I would also argue the premier of B.C. has an obligation at all times to stand up for the jurisdictional authority of provincial rights."