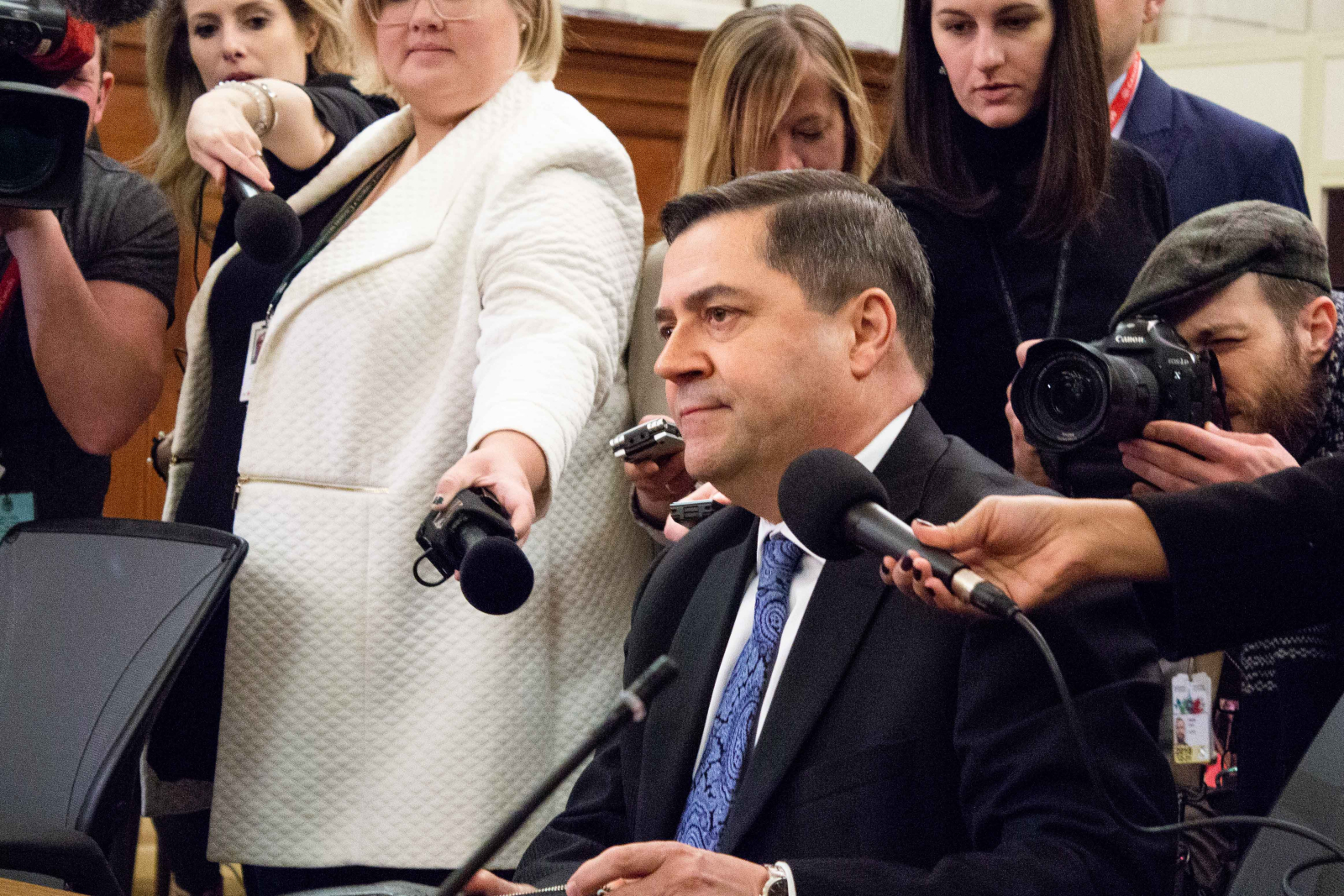 The prime minister's national security adviser says he gave a secret briefing to journalists about an event in India attended by a failed assassin because he was concerned about “information warfare” and wanted to counter “misinformation” that put Canadian institutions in a bad light.

Daniel Jean, who has found himself at the centre of a story that has bedeviled his boss, Prime Minister Justin Trudeau, made an appearance before the House of Commons committee on public safety and national security on April 16 to answer questions about Trudeau's trip to India in February.

"Canadians have the right to know when people are trying to create a false narrative," Jean told the committee. "We woke up the RCMP at midnight on (Feb.) 21 because some people were trying to fabricate information that isn't true.”

On Feb. 20, Jaspal Atwal, who has been convicted of attempting to assassinate an Indian minister in 1986, was seen at a business and cultural event in Mumbai with Trudeau’s wife, Sophie Grégoire Trudeau. He was invited to dine with the prime minister at a second event hosted by the Canadian High Commissioner in Delhi, but had his invitation revoked.

Ever since, questions have swirled about the Atwal affair. During Trudeau’s trip, Jean gave a background briefing where he suggested "rogue elements" were trying to embarrass the prime minister.

The Conservative Party has wondered if Trudeau and the Liberals have been trying to escape blame. Liberal MP Randeep Sarai, who extended the invitation, took responsibility. The Conservatives held a roughly 24-hour voting session last month concerning Jean’s testimony that Jean called a “filibuster.”

Jean said he gave the background briefing to journalists in order to "alert the Canadian media to the misinformation being circulated." He took the decision in the context of intelligence services analyzing how to prevent and fight false news, he said.

"Over the past two years, we've had information warfare," said Jean.

The emerging narrative he wanted to debunk, Jean explained, was that Canada’s spy agency, CSIS, and its federal police service, the RCMP, had told Trudeau’s office about Atwal’s invitation but that nothing was done in the wake of that alert. "The paper trail will show that all these allegations are false,” he said.

Jean — who stressed several times that he was only discussing unclassified information in the committee meeting — said government officials believed the information campaign was “co-ordinated” in part because pictures of Atwal were in media “within a matter of hours.”

But while the invite to Atwal was a political “faux pas,” Jean admitted, it was not a security failure, because Atwal is no longer considered a security threat, he said. Meanwhile, whoever was spreading misinformation, Jean said, "were trying to make that faux pas a lot bigger,” and he felt it was his job to debunk that.

Atwal, who says he has also worked in the past with the Conservative Party, had been allowed to travel back to India in 2017, and was not on an Indian no-fly list, even though he had trouble visiting India for several years before. “But that doesn’t mean he should be invited to a reception,” he said.

Jean said the RCMP and CSIS looked into whether there were other crimes committed by Atwal. “We did our due diligence,” he said. Neither Canada or India said he was a threat. But in media reports, “he's being presented as what he was 30 years ago,” said Jean.

The national security adviser said he believed it was the right of the public, the press and parliamentarians to ask “tough questions,” and he wasn’t suggesting they don’t. But he felt it necessary to defend “some of our most respected institutions” from misinformation.

Conservative foreign affairs critic Erin O'Toole called it a “Liberal scandal” during comments at the committee.

He asked Jean in the committee meeting whether he agreed that if Sarai had not invited Atwal, there would not have been controversy, and Jean agreed.

When he asked why Jean was carrying out the effort to correct the record, and not a member of the prime minister’s office, Jean said "I don’t think there would have been much credibility for a political staffer" to do so.

After the committee meeting, O’Toole reiterated that he felt it was “inappropriate” for Jean to have briefed the media. He argued it “added a complication” to the story unnecessarily.

“He inserted himself” to correct minor problems, he said, and in doing so, made the story more complex.

O'Toole said the prime minister’s office was to be blamed, and Trudeau should apologize to the House of Commons and the Indian government.

Does anyone expect Prime

Does anyone expect Prime Minister Trudeau to take responsibility for of his actions since coming to power. Really, not likely to happen.