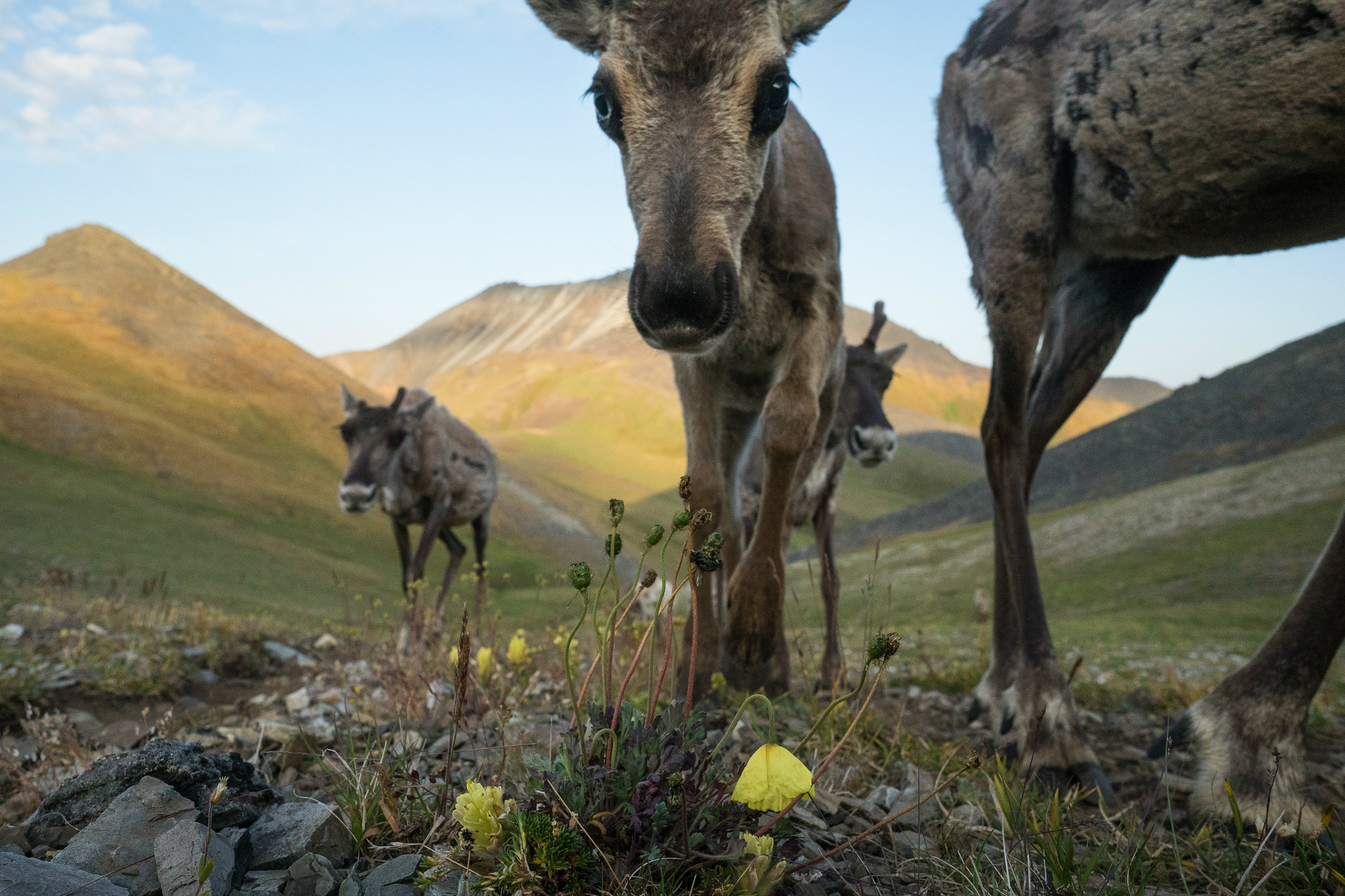 As the U.S. government pushes to open the Arctic National Wildlife Refuge to oil and gas development, the entire way of a coastal plain, a people, and the collective memory of a relationship with the land is under critical threat.

This makes a recent threat from Alaskan Junior Senator Dan Sullivan so deeply disappointing and frustrating. After Sullivan heard that Canada’s Ambassador to the U.S. had formally opposed opening up the Arctic Refuge to oil and gas, he claims that he decided to give the ambassador a phone call.

“I said, ‘Ambassador, I’m going to do everything I can to screw your country if you don’t stand down.’ I was dead serious,” Sullivan said. Perhaps what the Junior Senator doesn’t understand is that this is a deeply Canadian issue. And as Canadians, we stand up against bullying.

Since 1988, the Gwich’in Nation has been standing up, fighting against oil and gas development on the lands that serve as the beating heart of an ancient ecosystem: a vast stretch of coastal plain in the northeast corner of Alaska and the breeding ground of the 200,000 strong Porcupine caribou herd, among countless other animals. 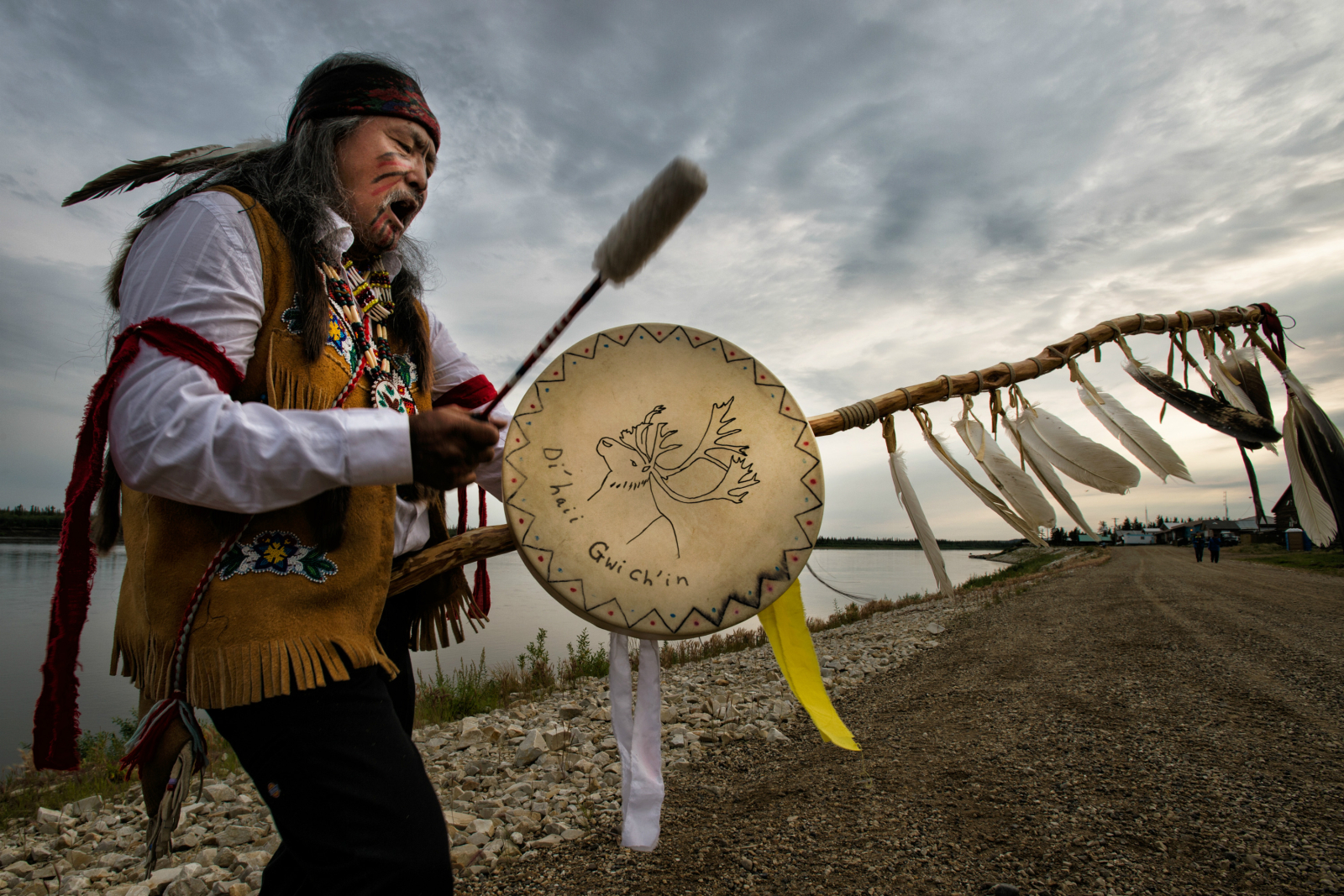 The U.S. government is heavy-handedly pushing through a process to industrialize the Arctic National Wildlife Refuge, but their knowledge of the north is proving superficial and is nothing when compared to that of the Gwich’in Nation, who still live on their ancient lands. Reaching from Alaska and into Canada through the Yukon and Northwest Territories, Gwich’in villages are placed strategically along the traditional migratory routes of the Porcupine caribou herd. Each year, the caribou pass the villages in the tens of thousands. The ancient relationship between Gwich’in and caribou is the living testament of a people’s strength.

The Porcupine caribou are a truly spectacular animal. Every year, they undergo the longest land migration of any animal on earth, between their wintering grounds in the Yukon and Northwest Territories and their calving grounds in the Arctic Refuge.

The Gwich’in of Old Crow, Yukon, call the caving grounds in the Arctic refuge “Iizhik Gwats’an Gwandaii Goodlit,” which translates roughly to “The Sacred Place Where Life Begins.” Old Crow is Yukon’s only fly-in community and home to the Vuntut Gwitchin First Nation, located at the confluence of the Crow and Porcupine Rivers. These are a part of lands they have stewarded for millennia. Just 54km southwest of the community, a human-tooled mammoth bone has been dated to about 25,000 years ago.

Oil and gas development had been a hotly contested debate since the Refuge was created in 1980, three-years after the Trans-Alaska Pipeline started flooding oil into the Alaska. But it wasn’t until last year that the threat of drilling in the Refuge intensified. In December, U.S. Congress passed a budget bill that included a provision to open the Arctic Refuge to oil and gas development. The Republican Senate approved the bill by simple majority. Now the government is moving as quickly as they can to sell oil leases in the Arctic Refuge, likely to ensure that the process is well on its way before the next election in 2020.

In March, Canada’s foreign affairs critic criticized the federal government for pushing dwindling caribou herds as a priority issue in the US over trade and security. This may make sense on the surface, but take a closer look at the current threats facing our country’s caribou herds and you’ll see why this seemingly narrow issue is not only about the fate of one animal, or one herd or one people.

The Porcupine caribou are an iconic, integral part of our northern ecosystem, and they’re seen as a beacon of hope amidst swift declines of the species across the arctic. Scientists again raised the alarm for Canada’s caribou last year, noting that numbers had declined by more than half, with some of the largest herds in decline by over 80 per cent. The Porcupine caribou is the exception. Thanks to a relatively intact range, this herd’s numbers helped give scientists the confidence to designate this species as “threatened” rather than “endangered”.

The caribou are, though, incredibly sensitive to disturbance. Any construction in their territory could upset their feeding, breeding and migratory habits and lead them to abandon their calving grounds altogether.

Adult females, or cows, are even more sensitive when calving. They are in their weakest condition by the time they arrive on the coastal plain and practice “synchronous calving”, which means the cows all have their calves at the same time as a survival strategy to limit predators killing the young. After giving birth, they’re dependent on the coastal plain’s protein-rich food to produce milk for their nursing calves. It’s devastating to imagine what the impact of oil and gas development would be on the fragile ecosystem that sustains those first, raw days of a calf’s life, let alone the cows who have just undergone such an arduous journey to give birth in this very specific spot.

By moving forward with opening the Arctic Refuge to drilling, the American government is putting the health of the Porcupine caribou herd and so many Gwich’in communities— on both sides of the border— in serious jeopardy. The government is working quickly to get the job started. The U.S. Department of Interior is currently expediting a mandatory environmental-review process of the sale of oil leases in the Refuge.

We’re urging Canadians to submit their comments to the Interior Department’s 60-day “scoping” comment period, which is an opportunity for the public to tell the department what kind of issues should be addressed in an Environmental Impact Statement. It’s a rare opportunity for Canadians to speak directly to the government about the grave and irreversible impact industrial development would have on one of the last, healthy barren-ground caribou herds on earth.

CPAWS Yukon and the Vuntut Gwitchin First Nation are committed to fighting as hard as we can to ensure the coastal plains of the Arctic Refuge are protected. We are standing for the Porcupine caribou. We are standing with the Gwich’in, who deserve to continue to live in harmony with the herd, like they have done for thousands of years.

Dana Tizya-Tramm is a Vuntut Gwitchin councilor and the lead on the Arctic Refuge work for the First Nation. Chris Rider is Executive Director of the Canadian Parks and Wilderness Society, Yukon Chapter.