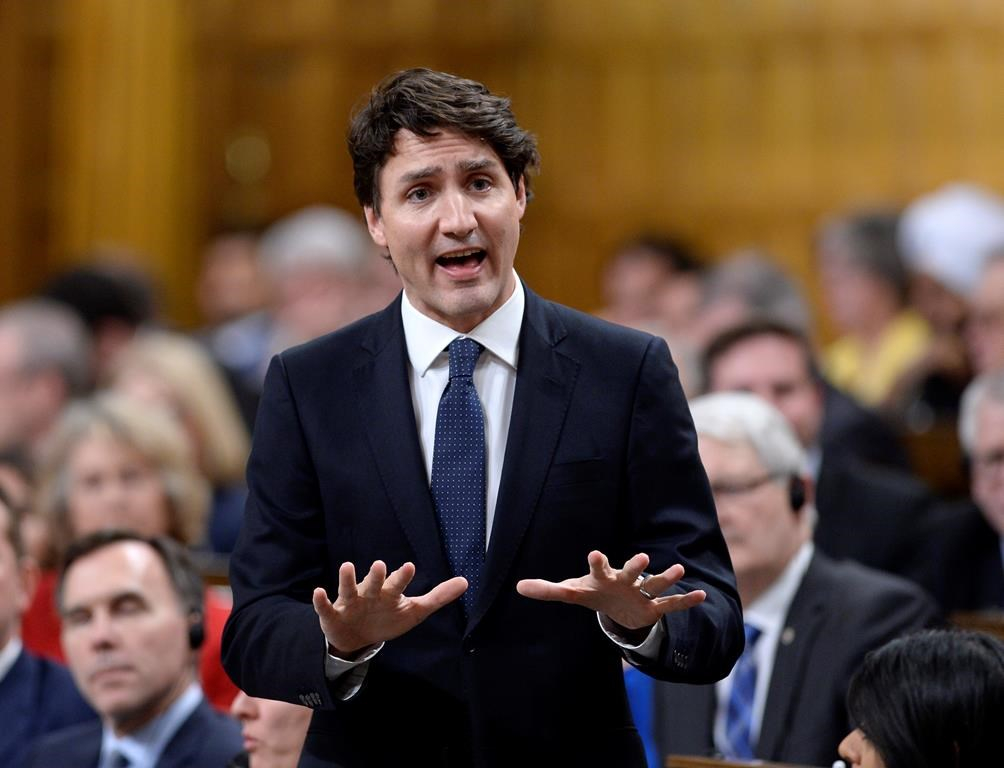 Prime Minister Justin Trudeau rises during Question Period in the House of Commons on Parliament Hill in Ottawa on Tuesday, April 24, 2018. Photo by The Canadian Press/Justin Tang
Previous story
Next story

Prime Minister Justin Trudeau is being asked to raise the concerns of marginalized women — and not just female business leaders — when he champions gender equality around the G7 table at a resort in La Malbaie, Que., in June.

The Liberal government is making gender equality a major theme of its G7 presidency this year, including with expected proposals on the economic empowerment of women and increasing the rate of female participation in the male-dominated fields of science, technology, engineering and math.

Grassroots feminist activists in Ottawa for the 'W7' summit this week are reminding the Liberals that women and girls living in poverty and other difficult conditions around the world — including here in Canada — know best how their lives could be improved, and it is time for the G7 to listen.

Shalini Konanur, executive director of the South Asian Legal Clinic of Ontario, says there is always a lot of talk about breaking the proverbial glass ceiling, but there are also a lot of women left at the bottom to sweep up the shards whose needs are being ignored.

Theo Sowa, CEO of the African Women's Development Fund, says it would be a shame to lose the momentum sparked by the #MeToo movement on sexual assault and harassment, but it is important to remember there are women and girls around the globe who have never heard of the hashtag.

The group of about 70 activists from 20 countries are in Ottawa to craft their own set of recommendations for how Canada and other G7 nations could improve the lives of women and girls, including on climate change, gender-based violence and sexual and reproductive health rights.