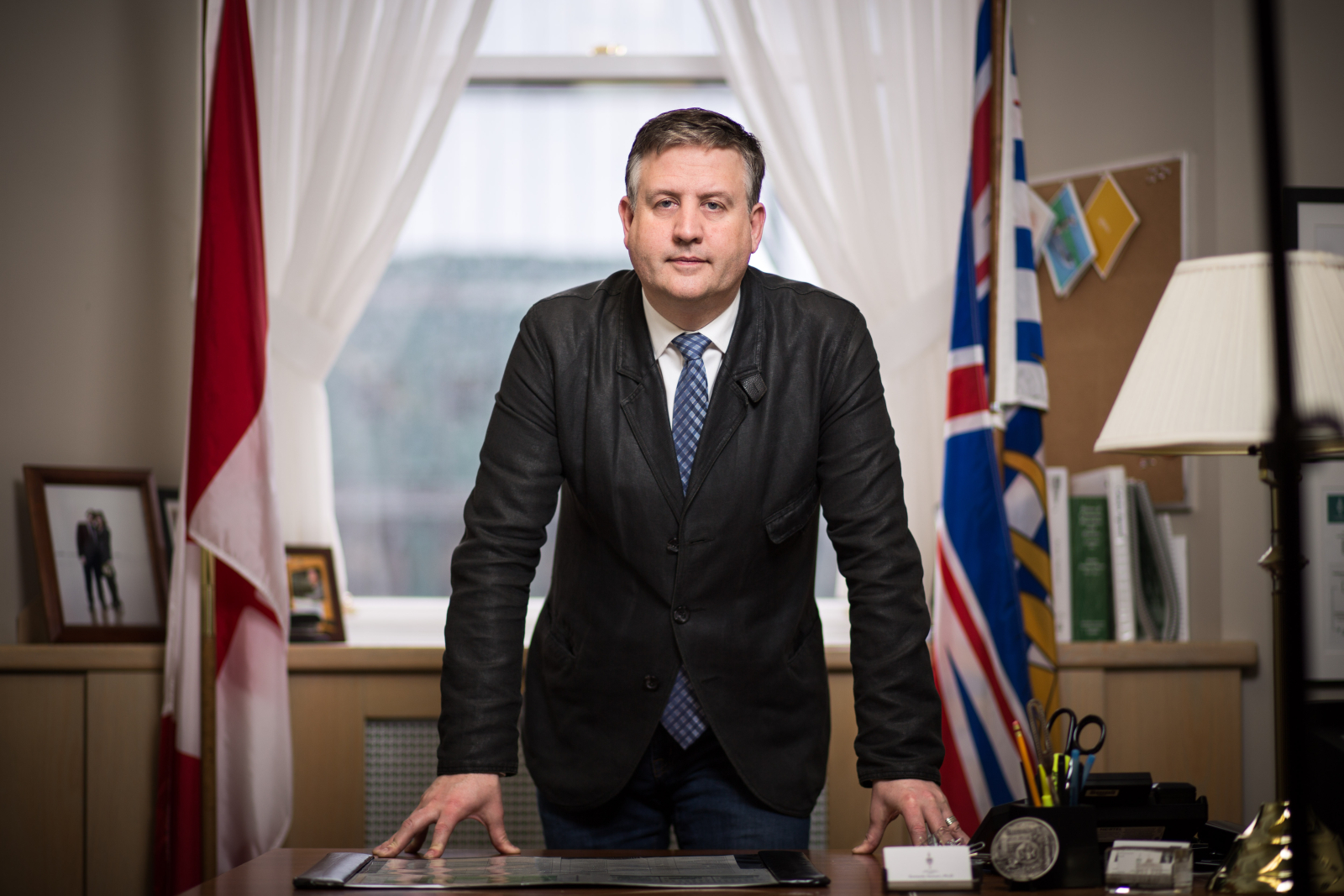 Kennedy Stewart, member of Parliament for Burnaby South, has made it official. The outspoken climate and anti-pipeline advocate will be an independent candidate in the race to be Vancouver’s next mayor in the fall. Speaking to reporters on Thursday, he simultaneously announced this would be his last week in federal Parliament.

"If elected, I will work to make Vancouver a more affordable and equitable place to live, work," he said. "My campaign will be independent of any one political party, but I want to engage all progressive candidates and organizations in a dialogue to find common ground, and to seek solutions to the tough problems facing Vancouver residents."

Stewart will be running against Shauna Sylvester, another centre-left independent candidate who announced her bid in April. The Incumbent Vision Vancouver party is anticipated to announce their endorsement for mayoral candidate by Friday May 10, as current Mayor Gregor Robertson has announced he will not be vying for re-election, after 10 years in the position.

Adriane Carr, leader of the Green Party of Vancouver, has also expressed interest in running for mayor. Carr said she would confirm her position after doing an assessment of her public support, so as not to risk losing her seat as the sole Green member on Vancouver's City Council.

This means there will be at least three progressive politicians in the race, but Stewart says he's not worried. "I’ve been in tough nomination races and I think they’re really healthy. I think getting in and having the debates and giving voters choices is democracy."

He said Shauna Sylvester and Adriane Carr were among his "really good friends," and said he hopes to discuss their candidacies over coffees next week.

"I think Kennedy Stewart is a very strong advocate," Sylvester told National Observer. "I think he’s demonstrated his front lines advocacy and I think what we need right now is somebody who has the capacity to work and bridge across difference, and that means being able to listen deeply, engage deeply, and facilitate."

At the same time, she said she believes she has stronger experience as a "bridge builder" for people with different views and interests.

As for right-leaning mayoral candidates in the race, former Conservative MP Wai Young is running under the newly formed Coalition Vancouver. The Non Partisan Association of Vancouver (NPA) is expected to announce a mayoral candidate on May 29. Their choice is between three candidates, investment advisor Glen Chernen, park board commissioner John Coupar and entrepreneur Ken Sim. NPA's choice follows internal turbulence surrounding NPA City Councillor and mayoral hopeful Hector Bremner, who was disqualified from the race in a decision that he called "stacked" on his social media. 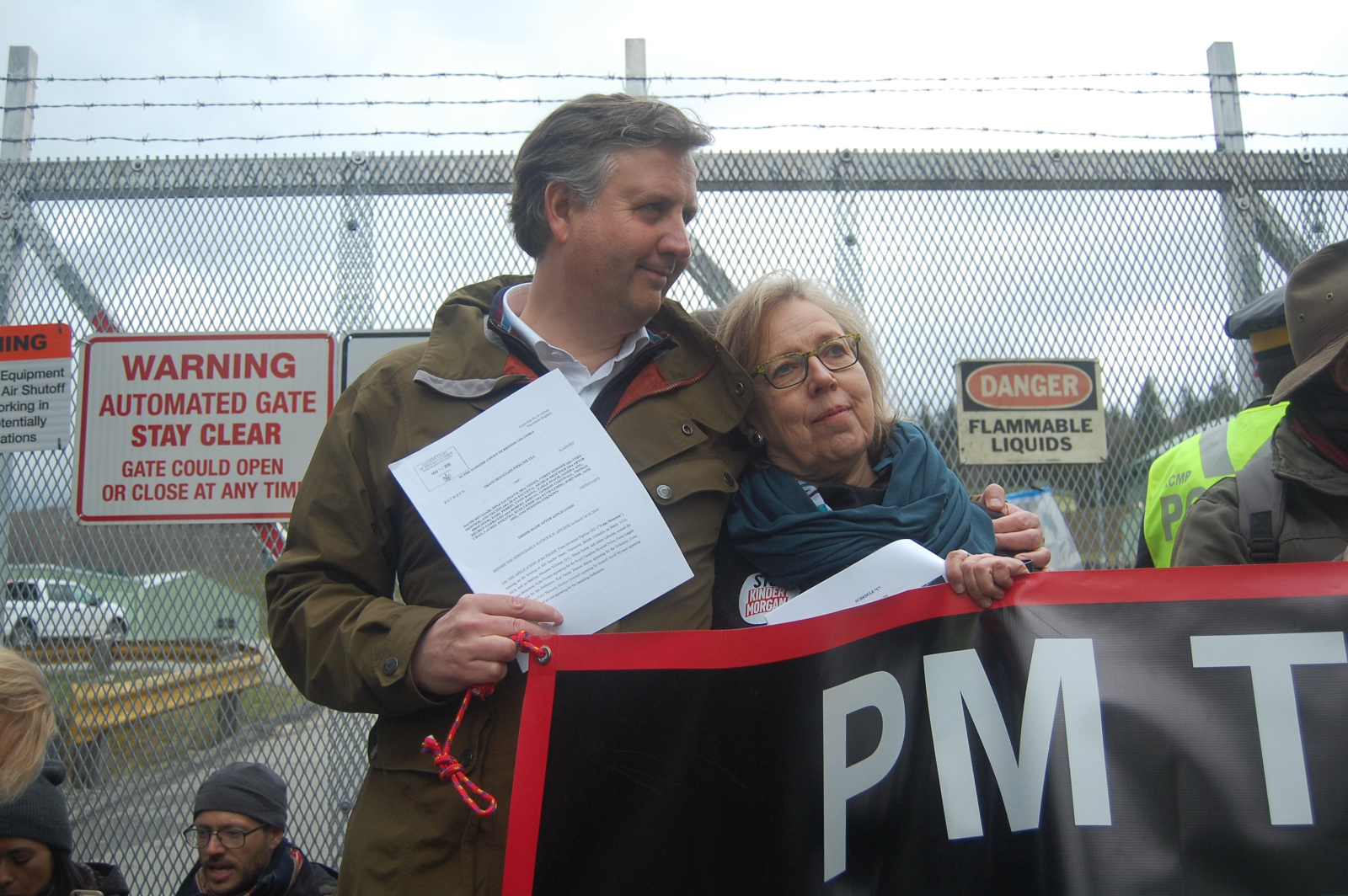 Kennedy Stewart and Elizabeth May protesting the Kinder Morgan pipeline in Burnaby, before getting arrested. Photo taken by ***

Stewart is known as a significant critic of the Kinder Morgan Trans Mountain pipeline expansion, which was federally approved in 2016 but faces significant opposition from cities like Burnaby and Vancouver, as well as some key First Nations whose traditional territory the expansion would affect.

He was arrested alongside Green Leader Elizabeth May on March 23 for allegedly violating an injunction to keep people away from construction by Kinder Morgan in Burnaby.

"People know I stand up for them," he said, when asked about his arrest on March 23 alongside Green Party of Canada Leader Elizabeth May. "I know it’s an unusual action to undertake but I have been fighting against that pipeline for seven years...I think the whole process disrespected my local community, the whole region and Indigenous peoples, so I’ll continue fighting the pipeline.” He adds, “whatever the courts decide, I’ll abide by their decisions.”

Stewart has been a federal NDP Member of Parliament since 2011. He explains that he’s ready to change from being in the official opposition, to being a member of the government.

"I think there’s an opportunity to actually move things forward,” he said.

He fully endorses Jagmeet Singh, leader of the federal NDP, to replace him as MP of Burnaby South.

“If Jagmeet decides to run in the bi-election there, he’d be a great candidate. The guy is so nice right down to his toes. He’ll win wherever he runs, but if he runs in Burnaby South, I’d be happy to help him.”

The municipal vote will be held on October 20.