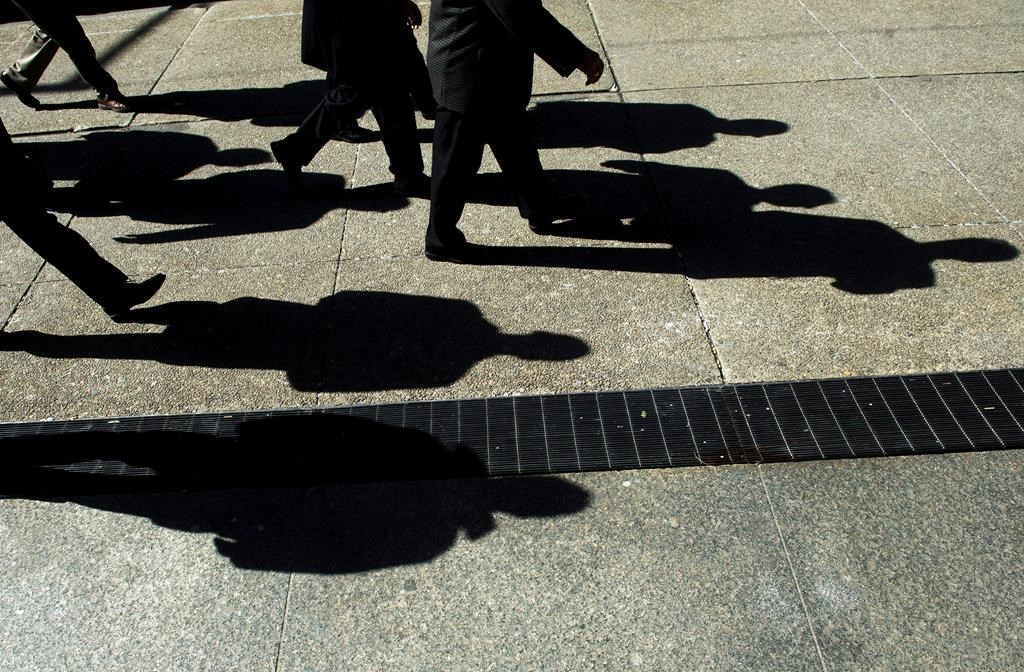 Businessmen cast their shadows as they walk in Toronto's financial district on Monday, Feb. 27, 2012. File photo by The Canadian Press/Nathan Denette
Previous story

A federal proposal that would allow prosecutors to suspend criminal charges against companies in certain cases of corporate wrongdoing has been quietly included in the Trudeau government's 582-page budget legislation.

In fact, its inclusion was so discreet, even one Liberal MP studying the legislation was caught by surprise.

The government intends to move forward with an amendment to the Criminal Code to create an optional tool for prosecutors that's sometimes referred to as a "deferred prosecution agreement."

Such agreements are designed to encourage more companies to come forward to self-report corporate crimes and to identify individuals for prosecution. If it lives up to its end of the bargain, the company as a whole would avoid facing serious criminal charges, which could include bribery, corruption and insider trading.

The change, however, has raised concerns among lawmakers, including Liberals, on the House of Commons finance committee, which has been analyzing the broader budget bill.

A few members of the all-party committee said they were first made aware of the change only after it was brought to their attention during the testimony of a senior Justice Department official late last Tuesday night.

The explanation by Ann Sheppard, a senior counsel in the criminal law policy section, prompted many questions from members who recommended the provision on the deferred prosecution agreement be removed from the legislation because it was such a significant change that they thought it warranted more thorough study.

Some also called for the provision to be studied by the House of Commons justice committee, which they argued has more expertise when it comes to changes to the Criminal Code.

Liberal MP Greg Fergus told the committee at last Tuesday's hearing that he was concerned the change appeared to be designed to give those implicated in white-collar crimes "a little slap on the wrist."

"I do have some serious questions about this," said Fergus, who said while he had read through most of the large budget bill before the committee hearing, he hadn't seen the deferred prosecution provision.

"It seems we're letting those with the means have an easier time of it than those who don't have the means."

In her explanation, Sheppard described the regime as a new tool that would give prosecutors discretionary power to seek an agreement with a company accused of economic crimes when it's in the public interest. The charges against the firm would be stayed pending the successful completion of the agreement, she said.

An agreement would still compel a company to co-operate by, among other things, admitting responsibility and paying monetary penalties.

However, by avoiding criminal prosecution, the company would still be eligible to compete for sometimes-lucrative public contracts in Canada and abroad.

Last fall, Ottawa held public consultations to explore whether to introduce such a regime.

The idea was also mentioned in Ottawa's February budget, which said the government intended to introduce legislation for deferred prosecution agreements in the near future as another way "to hold corporate offenders to account."

But the change is considered so significant that some finance committee members, including NDP MP Pierre-Luc Dusseault, urged the government to take more time to debate the change separately. The Liberals, he said, have refused to split the bill.

Dusseault said in an interview that he sees potential positive and negative consequences from the change, but added it's hard to tell when the committee was only given 15 minutes to debate the change at around 9:45 p.m. last Tuesday night.

Making an amendment to the Criminal Code requires a lot of careful attention and finance committee isn't the best place to do it, he said.

"Certainly, I think it was made to be made quietly," said Dusseault, who added that governments sometimes tuck contentious changes like this one into large budget implementation bills.

During last week's hearing, Conservative MP Dan Albas also called for the change to be examined separately from the budget legislation or to be studied by the justice committee.

"This is a fundamental departure from the way we handle the Criminal Code," Albas said.

David Taylor, a spokesman for Justice Minister Jody Wilson-Raybould, said the agreements are a way of holding corporations accountable while protecting "innocent third parties" such as those who stand to lose jobs, pensions or investments in the event of criminal sanction.

"They could also result in faster compensation for victims," Taylor said.

"The regime would not apply to individuals who are involved in criminal conduct. A main purpose of the regime is to create an incentive for corporations to come forward and disclose wrongdoing, so that those responsible can be held to account."

Prosecutors, who would decide whether a company is eligible and who would negotiate the terms of an agreement, would be operating at arm's length from the government, he added.

"There would be rigorous judicial oversight. Each remediation agreement between a prosecutor and an organization would have to be approved by a court before it could come into effect."

Daniel Lauzon, a spokesman for Finance Minister Bill Morneau, insisted in an email that every line of the legislation refers to the budget measures. He argued it should be seen as a whole and, therefore, all measures should be should be studied as part of the overall plan.

When it comes to the government's proposal to amend the Criminal Code, a senior official for one of Canada's most-powerful business organizations said it's "quite supportive" of the plan.

"It's intended to make sure, obviously, that the guilty are punished and dealt with severely and that the company reforms its practices and makes sure it doesn't happen again," said John Dillon, senior vice-president of policy and corporate counsel for the Business Council of Canada.

The key, Dillon added, is for the company to avoid taking a substantial hit, which could, at the end of the day, hurt shareholders and employees.