Merkel meeting with Putin for talks on Syria, Ukraine 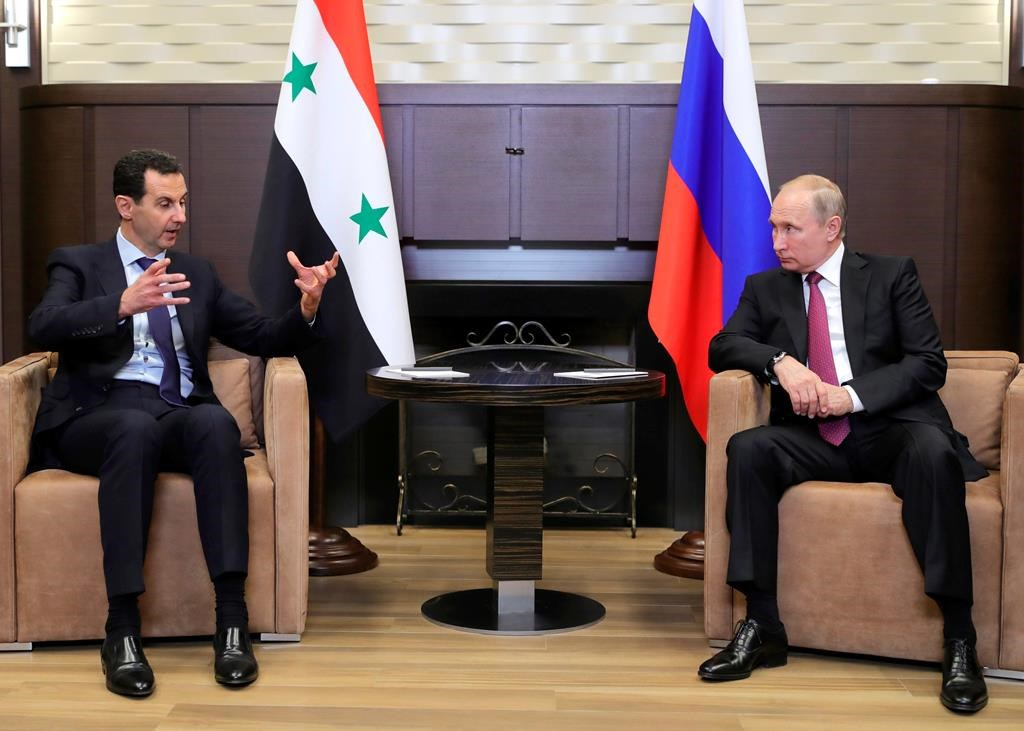 German Chancellor Angela Merkel is holding talks with President Vladimir Putin in Russia on Friday about the conflicts in Syria and Ukraine, the Iran nuclear agreement and a planned pipeline to bring gas from Russia to Germany.

The meeting in the Black Sea resort of Sochi is Merkel's first visit to Russia in a year and comes amid tense relations between Berlin and Moscow.

Germany has condemned Russia's annexation of Ukraine's Crimea peninsula and its military support for the government of Syrian President Bashar Assad. But as she starts her fourth term, Merkel is reaching out to Putin in an effort to make some progress on these long-running crises.

One point of agreement between the two leaders is their support for Nord Stream 2, a pipeline that will allow Russia to funnel vast amounts of natural gas beneath the Baltic Sea directly to Germany.

Germany wants Russia's gas and has calculated that the new pipeline will provide better value for money compared with other options, such as liquid natural gas shipped in from the United States. But the new route bypasses an existing pipeline in Ukraine, which relies heavily on transit fees for Russian gas.

With Washington and some of Germany's European allies strongly opposed to Nord Stream 2, the project depends on support from Berlin.

A deal could depend on concessions from Moscow on other issues, such as the ongoing conflict in eastern Ukraine, where Germany has called for a U.N. peacekeeping force to help facilitate next year's elections. Moscow, which backs the separatist rebellion in eastern Ukraine, has indicated it could agree to their presence but balked at Ukraine's demand to allow their deployment alongside the Russia-Ukraine border.

On Syria, Merkel wants Putin to lean on his ally Assad to prevent further chemical attacks and move toward a political solution in the seven-year conflict.

Putin encouraged Assad, who visited Sochi Thursday, to move toward political settlement and the Syrian leader pledged to back efforts to draft a new constitution. At the same time, Russia has dismissed Western accusations of the Syrian government's responsibility for chemical attacks, casting them as provocations by the rebels.

Germany has also expressed concern about Iran's military presence in Syria, but insists the issue — along with Iran's ballistic missile program — is best discussed with Tehran while keeping the nuclear agreement alive, rather than by withdrawing from it as the U.S. is doing.

Russia and Germany has shared criticism of the U.S. exit from the nuclear deal and called for keeping it alive.