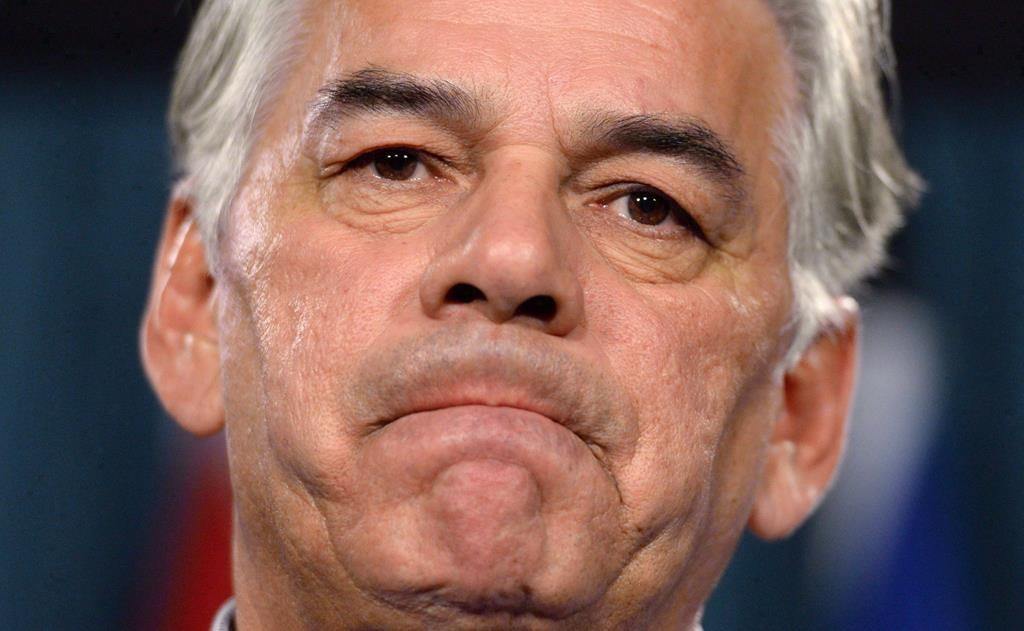 Three prominent Quebec-area Indigenous chiefs were among the hundreds of people who gathered in Montreal on Sunday to protest the Kinder Morgan pipeline expansion.

Assembly of First Nations regional Chief Ghislain Picard, Mohawk Chief Serge Simon and Innu Chief Jean-Charles Pietacho spoke out against the project, citing the need to show solidarity with First Nations and other groups in British Columbia who are fighting against it.

A large crowd, many wearing raincoats carrying bright umbrellas, gathered under rainy skies as Indigenous singers beat a drum and sang of the importance of protecting water.

Picard, who is the Assembly of First Nations' regional chief for Quebec and Labrador, told the crowds that the debate over the pipeline cannot be restricted to B.C. and Alberta because climate change knows no borders.

"We respect the rights of our brothers and sisters in British Columbia to have their own debates," he told the crowd.

"But we also say climate is indivisible, and we'll have our word to say on any project that tries to diminish that reality."

Simon, who addressed the crowd in English for the benefit of those watching in British Columbia, stressed the importance of solidarity with those fighting the project in western Canada.

He urged governments to divert the money that is spent on oil towards developing clean energy instead.

"We have to band together, and we have to force the governments to become a little bolder when it comes to investing in the future," he said.

The chiefs alluded to the recent termination of the Energy East pipeline, as well as the cancellation of plans to drill on Quebec's Anticosti Island as proof that groups of citizens can exert enough pressure to halt projects.

"I want to make it clear that when you look at the movement that we were a part of here in Quebec that stopped Energy East, this is a movement that could easily be transferred over to a movement to boycott all services and products out of Alberta, if this is what Alberta continues to do," Simon said.

The chiefs were joined by several hundred cheering people of all ages, including environmental activists, union members and First Nations groups.

Many carried signs denouncing Prime Minister Justin Trudeau and urging him to reconsider his government's decision to approve the Trans Mountain expansion.

"As long as the politicians eat from the same trough as the oil companies, there will never be a change," said Normande Lafreniere, who came in from Joliette, Que. for the occasion.

Sally Livingston, a member of the Council of Canadians, said she was there principally to support the First Nations groups who were fighting pipelines.

"We have to start somewhere towards reconciliation, and this would be an enormous step," she said.

The $7.4-billion Kinder Morgan expansion project would nearly triple the flow of oil products from Alberta to Burnaby, B.C., to 890,000 barrels up from 300,000 barrels per day.

Companies in this story: (TSX:KML)