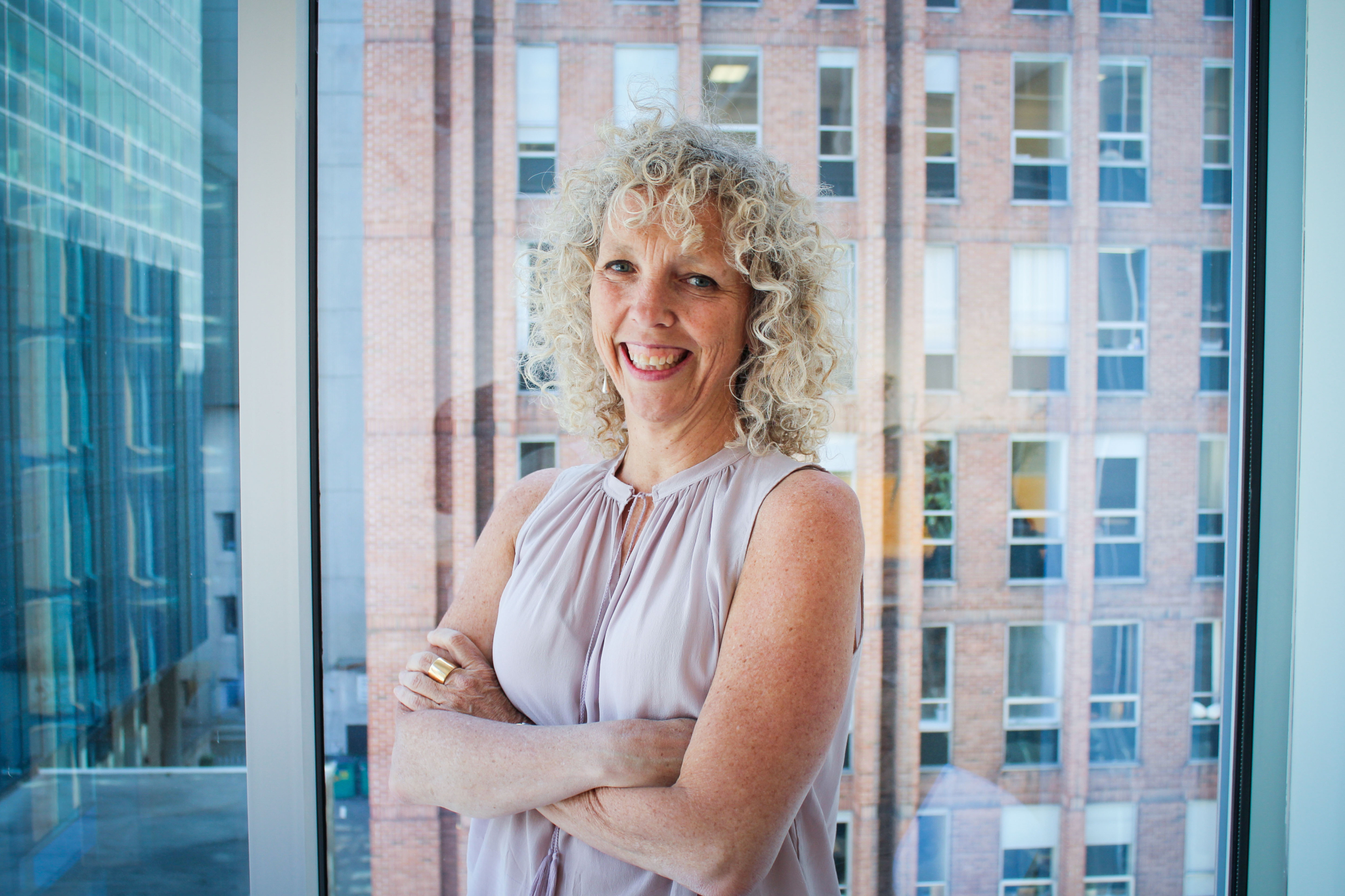 “I think it’s clear that having any taxpayer dollars go into new fossil fuel infrastructure is irresponsible," said Morgan, in an interview with National Observer. "This pipeline is not consistent with the Paris agreement that Canada has ratified."

Morgan, who is based in Amsterdam at Greenpeace International headquarters, wants to see Canada take a new path when it comes to fossil fuels: reject all new oil and gas infrastructure, scrap all subsidies to the industry and commit to a long-term plan that shifts to renewable energy sources.

The environmental group has been battling Trudeau and the Texas-based energy giant across several time zones. Anti-pipeline activists greeted the prime minister outside the Canadian High Commission in London, U.K. in April. Greenpeace also said it climbed a Kinder Morgan boring machine in British Columbia this month and blocked a barge from entering a company facility in Seattle last week.

Asked how far Greenpeace was willing to go to protest the pipeline project, Morgan said "we're here for the long haul, we’re working with allies, and we’re not going to go away.

The Paris agreement that Canada ratified in 2016 committed the country to cut its carbon pollution by 30 per cent from 2005 levels by 2030. The agreement is designed to stop average global temperatures from rising more than 2 degrees Celsius above pre-industrial levels, in order to avoid the more dangerous consequences of climate change, such as more extreme droughts, floods, wildfires, heat waves, hurricanes and rising sea levels that swamp coastal communities and islands.

Canada will overshoot its Paris target without substantial actions to cut carbon pollution beyond what’s in place or planned, according to the federal auditor general. The largest single source of emissions in the country is the oil and gas sector, according to government figures, and that sector is mostly responsible for the increase of Canada’s overall carbon emissions between 1990 and 2015.

“There’s just a disconnect between someone who clearly cared about Paris, played a role in the Paris agreement, talks about climate change a lot, and putting in new fossil fuel infrastructure that will lock in — potentially, if it continues to function into the future — long-term emissions,” said Morgan.

Trudeau says supporting the oil and gas industry, including the Trans Mountain project, is crucial for creating the economic prosperity necessary to kickstart a low-carbon transition.

"We're going to stay in doing both together, because we know that growing the economy is the only way to pay for the transition towards the clean future that we all need,” he said, according to The Canadian Press.

Finance Minister Bill Morneau has also said Canada is “committed to phasing out inefficient fossil fuel subsidies between now and 2025.” He said May 24 in Question Period that the country was “on track” to do that.

“At the same time, we want to make sure that we can move forward with the pipeline expansion, which is in the best interests of our country,” added Morneau.

“The environment and the economy can go hand in hand. That is exactly what we are doing by taking a commercial approach to finding a way to have that pipeline project go forward without having any subsidy in place in any way.”

The Trudeau Liberals have also moved to finance renewable energy projects, including a $200-million Emerging Renewable Power Program, first promised in the 2017 federal budget. This year's budget also includes about $150 million for Alberta to establish renewable energy in Indigenous communities.

And the government's plan to enact carbon pricing nationwide by tracking and pricing carbon pollution from fossil fuels and industry is winding its way through Parliament.

Morgan praised the government’s “just transition” task force of labour and environmental leaders, announced last month, that will help create a transition plan for thousands of coal workers who will be out of work when the country phases out coal-fired power.

But she said the world was also “looking to Canada” to see if Trudeau understands the imperative of climate change and the inability of the country to meet its Paris goals without accelerating pollution cuts.

“It used to be that climate leadership (meant) supporting a multilateral agreement, and undertaking some policies and measures domestically, but because of where the science is, and the time that’s been lost, it now needs to be much more transformational,” she said.

“I think Trudeau needs to show that he understands the science, and also that he’s positioning Canada for the future that is coming. There shouldn’t be any new fossil infrastructure — if you’re building new infrastructure, it should be renewables.”

And Trump bullies on... https

And Trump bullies on... https://canadianviews-ymo.ca/busting-the-tyranny-trumps-bullying-back-fi...