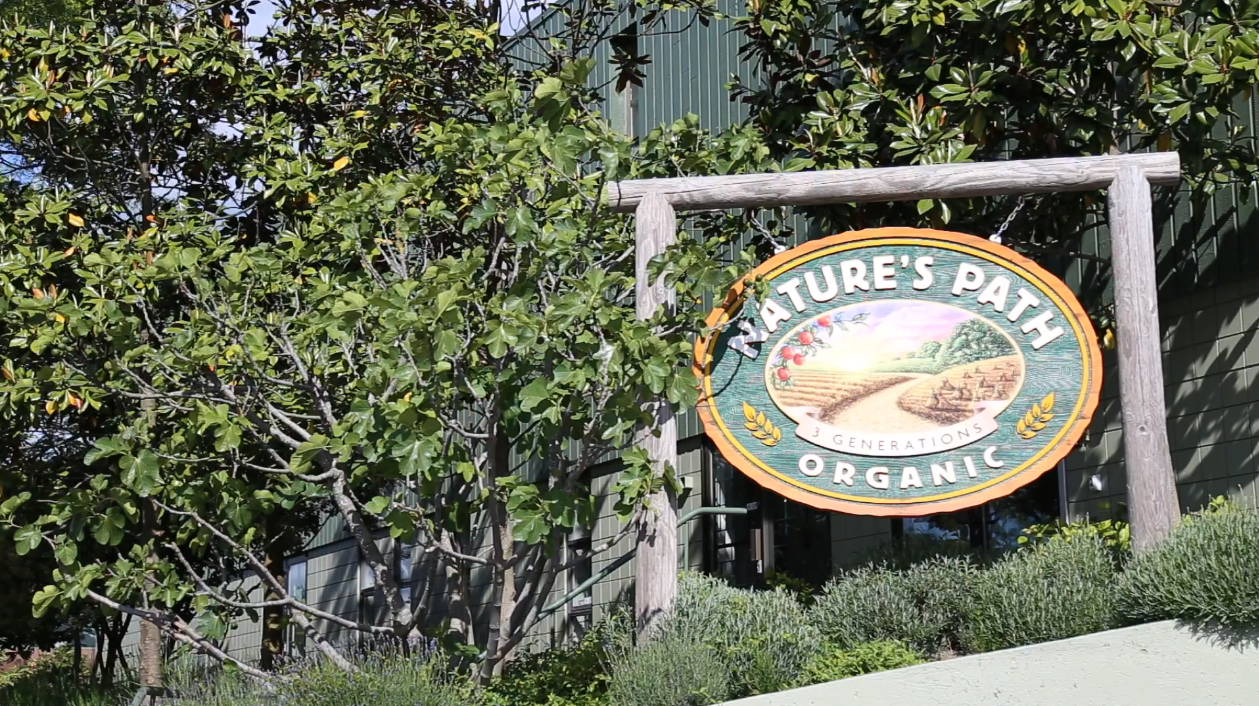 The Canadian food company known for its organic cereals and granolas has become one of the first major businesses to launch a campaign against the push for a fossil fuel and oil tanker expansion project that has prompted fierce opposition in British Columbia.

Standing apart from prominent business lobby groups, including the Greater Vancouver Board of Trade and the Canadian Chamber of Commerce, B.C.-based Nature's Path is urging Prime Minister Justin Trudeau's government to stop backing the Trans Mountain pipeline expansion to the west coast.

“As we’re in this age of climate crisis, we feel that furthering the pipeline expansion increases our reliance on fossil fuels," Jyoti Stephens, a vice president of people at Nature's Path, told National Observer in an exclusive interview. "And what we need to be doing is to be transitioning to a low-carbon economy for the future of us all.”

The company, which describes itself as "organic" and "independent," also replaced its website for the day with an urgent appeal for the federal government to back renewable infrastructure instead of the pipeline system operated by Texas-based Kinder Morgan.

"And we think the business has an important role to be an agent for change in the world. I mean, that’s what we want to do," she continued.

Jyoti Stephens, vice-president of people at Nature's Path, sits down for an interview with National Observer on May 28, 2018 about the Trans Mountain expansion project. Video by Michael Ruffolo

'This movement is bigger than us alone'

Kinder Morgan, which operates the existing Trans Mountain line, threatened to pull out of pursuing the expansion project on April 8, citing uncertainty due to opposition in British Columbia. The B.C. government, led by NDP Premier John Horgan, had said it would use all tools available to protect its coast and water from the increased transportation of diluted bitumen on the pipeline and in tankers.

"This movement is bigger than us alone, and we all need to step in to make sure that we have a thriving future,” Nature's Path executive Jyoti Stephens told @NatObserver as her company went public about its opposition to the Trans Mountain expansion.

Bitumen is the tar-like heavy oil derived from Alberta's oilsands, the world's third largest reserve of crude oil, after Saudi Arabia and Venezuela.

Trans Mountain supporters, including the Alberta's NDP government, have argued that the project would be key to growth in the industry, by opening up new markets in Asia. Opponents say that expansion of the industry, Canada's fastest growing source of greenhouse gas pollution, would lead to spills and push the country's international climate change goals out of reach.

About 200 people, including two federal MPs, have been arrested over the past few months, violating a court injunction to express their opposition to the pipeline expansion.

These opponents can now count Nature's Path, which sells its food products in grocery stores in over 50 countries, among its allies.

"What we believe is that we need to leave the Earth better than we found it and we think that this project is a step that takes us away from that objective," she said. "At the end of the day, there's no business to be done on a dead planet. So if we continue to add pollution into the environment that decreases our ability to thrive as a society and as a country in the future, none of us win."

The company has put itself into the crosshairs of the oilpatch and its supporters as it sides with those who want to slow down oilsands expansion.

This decision could put it at risk of a backlash: The food company relies on some grain farms throughout the prairies of Canada — including oil-rich Alberta and Saskatchewan — and boycotting the oilpatch has hurt businesses in the past.

In 2015, oil industry supporters in Alberta launched a campaign to boycott Tim Hortons after the coffee shop chain removed Enbridge pipeline ads from their locations.

But the risk isn’t deterring Stephens. She believes that the financial hit the company will take tomorrow with its website down pales in comparison to standing up for what they believe is right.

“It’s something that we feel strongly about and [we] compel people to join us. This movement is bigger than us alone, and we all need to step in to make sure that we have a thriving future”, Stephens said.

“How we leave this planet is our collective legacy.”

The Nature's Path call to action comes less than a week after a small pro-pipeline rally that took place in front of Parliament Hill on May 23, with not enough protesters to carry all of the signs brought out by organizers.

A few blocks away, on the same day, members of the Canadian Chamber of Commerce also gathered in a show of support for the pipeline. The lobby group's president, Perrin Beaty, was critical of the British Columbia NDP government's moves to block the pipeline, given that the project has received federal government approval.

"They're entitled to their views, they're not entitled to ignore the rule of law," said Beatty. “All of us recognize the tremendous benefits this project will bring to Canada.”

David Chartrand, president of the Manitoba Métis Federation and vice-president of the Metis National Council, said Indigenous people are “being used” by anti-pipeline protesters, even though Kinder Morgan has “done due diligence” on Trans Mountain.

Several First Nations are challenging the federal government's November 2016 approval of the project in the Federal Court of Appeal, alleging that they weren't adequately consulted, as required by the Canadian Constitution. A few of them have also asked the court, which wrapped up hearings on the case last fall, to reopen its evidentiary record and consider new federal documents and other evidence uncovered by National Observer in a recent investigation, before issuing a ruling on the case.

The court is considering the motion and could take weeks or months before making a final decision, adding to uncertainty about the future of the project.

Stephens said that the choice for government and the rest of Canada should be clear.

"We feel that we do need to make a change towards a low-carbon economy," she said. "This is an inflection point for us as a country and we have the opportunity to choose a different path. And that's what we're inviting the government to do and we're calling on other people to join us as well. We know that if we're going to hit our Paris climate targets, we need to be shifting our focus away from fossil fuel production and transportation and this is an opportunity to do that."

We buy their cereal and

We buy their cereal and certainly will continue to do so, now that they've come out as responsible organic producers. It should be obvious. Organic will be just another weasel word in the near future, if we don't take a new path. Extractivism has to be replaced by an economy of restitution.

Reconciliation with indigenous people, and with the earth, asks for more than just an apology. It is going to take a real change in values and in behavior to meet nature's demands. The Paris targets are just a beginning.

Pretending a bitumen pipeline is going to bring economic prosperity, while ignoring the reality of fossil fuels role in global climate change is a kind of windigo madness. Not surprised the chamber of commerce is hopping on that train. A bit disappointed by the Manitoba Metis.