Wynne tears into NDP over strike at university 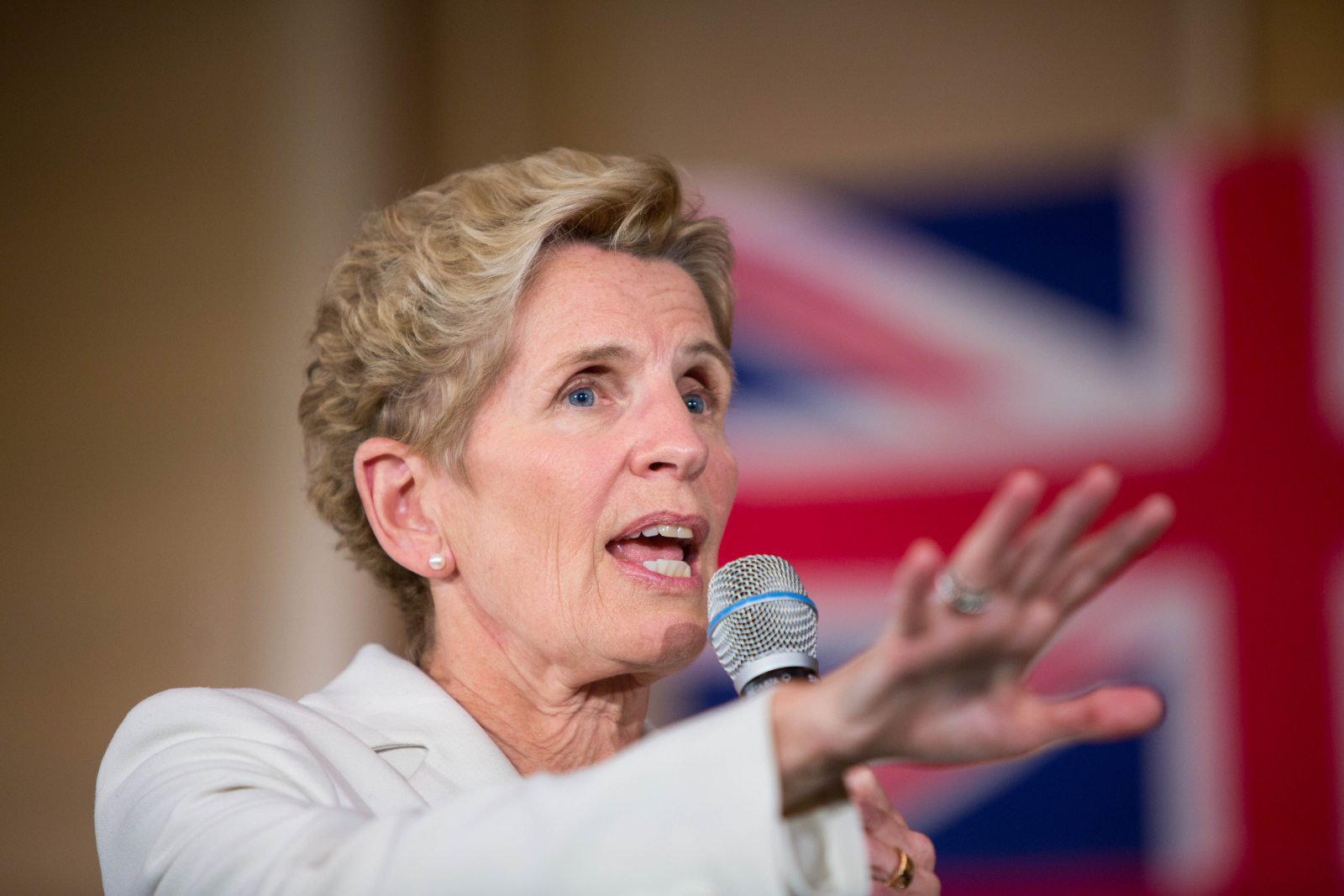 Ontario Premier Kathleen Wynne listens to questions from members of the public at an open forum in Ottawa on January 18, 2018. Photo by Alex Tétreault
Previous story

Days after conceding her loss in Thursday's provincial election, Premier Kathleen Wynne continued Monday to implore Ontarians to avoid a majority government which would sustain the “longest strike in Canadian university history.”

Wynne urged voters to consider NDP leader Andrea Horwath’s refusal to consider back-to-work legislation to end the 91-day-long action by 3,000 academic workers at York University, calling it “objectionable that the NDP would let it go any longer.”

“They will let those students swelter in the summer heat, stand still as their school year evaporates,” Wynne said at a press conference at Queen’s Park. “That’s why it’s so necessary to keep the NDP from forming a majority government on June 7.”

Wynne asked the NDP leader to commit, in advance of Thursday’s election, to convening the legislature to pass the measure.

Horwath, whose party has towered over Wynne’s Liberals in recent polls, described the back-to-work legislation as “very much against our values” in a May livestream with the Toronto Star’s editorial board.

The CUPE 3909 strike, which began March 5 after administrators refused to bargain around issues such as work precarity for contract employees, has affected courses for almost 50,000 students

“Their school years would have been saved right now if the NDP were willing to be pragmatic,” said Wynne.

After the premier conceded defeat on the weekend, she shifted her campaign message to encourage voters not to abandon voting Liberal, but to stay mobilized to avoid an NDP or Progressive Conservative majority. At Monday’s press conference, she stressed fundamental differences between her party and Horwath’s, suggesting that the NDP’s stance on back-to-work is ideologically driven.

“There’s been a notion floating around that somehow the Liberals are the same as the NDP,” said Wynne. “I think people need to think about that. I’m a Liberal because I believe in making practical decisions that are not tied to an ideology.”

Wynne reiterated several times that there are “risks associated” with a majority government of either opposing party, including Doug Ford's Progressive Conservatives.

“One of the real disruptors in this election campaign has been that Doug Ford has turned out to be even more disturbing to people then we might have thought,” she said, adding that the vagueries surrounding aspects of his platform are cause for concern.

After the premier conceded defeat on the weekend, she shifted her campaign message to encourage voters not to abandon voting Liberal, but to stay mobilized to avoid an NDP or Progressive Conservative majority. #onpoli

While Ford has yet to issue a statement regarding Wynne’s weekend announcement, Horwath said Saturday the premier’s request for a minority government “is a demand that she be allowed to continue to hold the power in Queen’s Park.”

Schreiner’s support in the riding has continued to climb. He is leading the local race with 32.3 per cent according to a recent Mainstreet Poll.

The election of a minority government is for the voters to decide, Schreiner said. But, he added, the air of dissatisfaction surrounding the “three status-quo parties” indicates a need for electoral reforms toward proportional representation.

Why doesn't Wynne explain the

Why doesn't Wynne explain the 312 billion dollar debt and why it continued to rise under her watch?