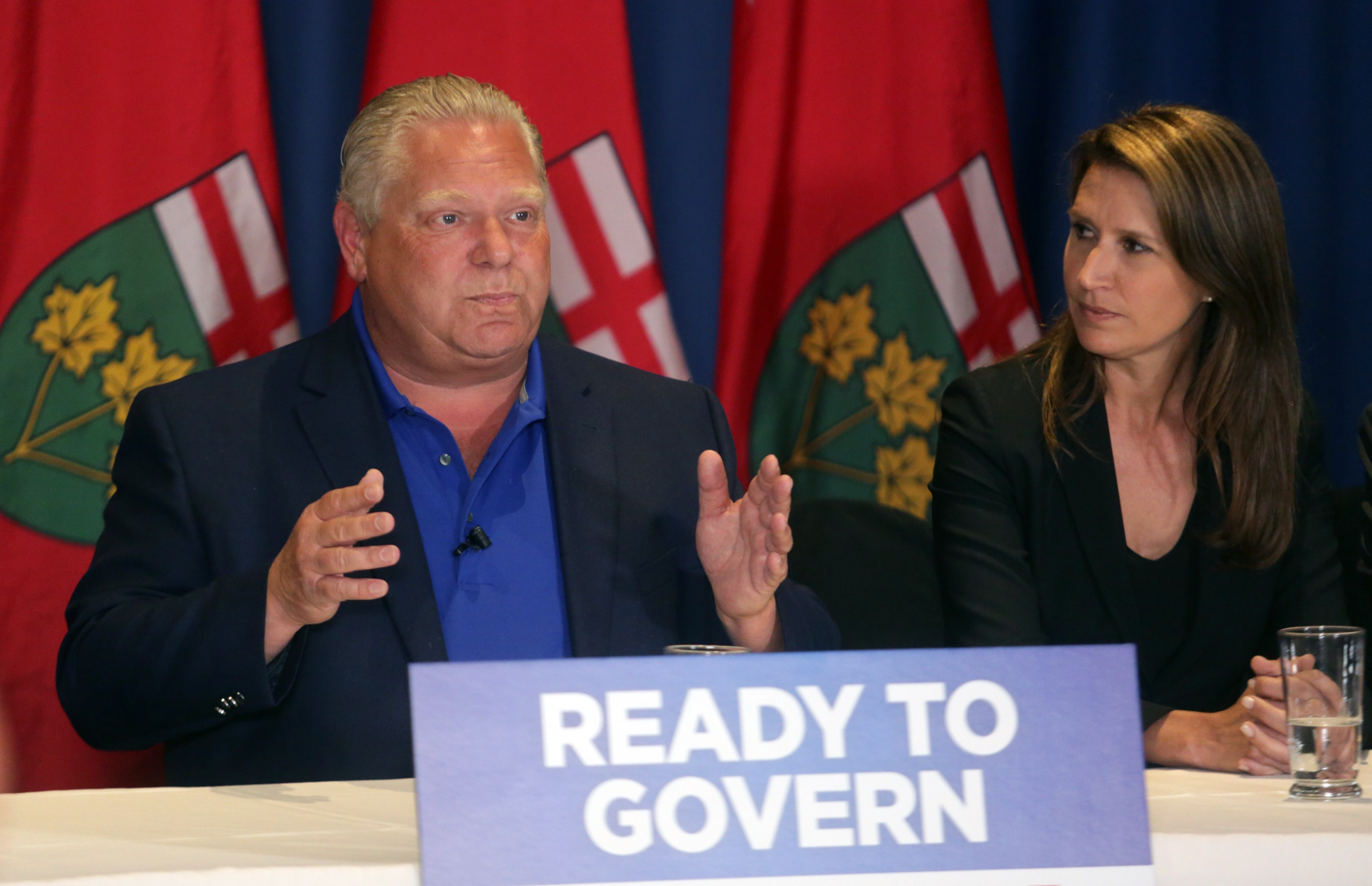 Progressive Conservative leader Doug Ford says his alternative climate change policy for Ontario as part of a sharply reduced environmental budget includes a focus on clean water and air and a heavy hand on polluters but not a price on emissions.

Throughout the provincial election campaign Ford has promised to scrap Ontario’s cap and trade program and the emission-reducing programs it funds while also fighting a federal carbon price, but has given little hint of what he might be willing to do to protect the environment.

Asked for details on how he would combat climate change if elected to head Ontario’s next government in the June 7 election, Ford said on Saturday that he would set aside $500 million to deliver clean water and air and “come down hard” on companies that pollute.

But it is not clear how Ford could come down hard on polluters without a price on pollution.

He has also promised to reduce gasoline prices by 10 cents a litre, which the PCs estimate would cost $1.19 billion a year once fully implemented. Lower prices for gasoline could be expected to increase the use of cars, one of the province's major sources of greenhouse gas emissions.

That $500 million is over the course of a four-year mandate, according to a limited platform the PC Party put online last week which provides some cost estimates but no detail on how it will be funded.

That money for the environment — a sharp reduction compared to current green spending and that budgeted by the rival NDP challengers, would go towards a fund to invest in new technologies to reduce emissions, the hiring of more conservation officers, increased policing of major polluters, and resources “to remove garbage in our neighbourhoods and parks.”

Repealing cap and trade would likely cost Ontario between $2 billion and $4 billion, according to a leading environmental lawyer, while most constitutional experts say a fight against Ottawa on carbon pricing is likely doomed.

"The polluters, any companies that decide to pollute, we’re going to come down heavy on them," @fordnation says, while fighting a price on pollution

That cost to backtrack is above and beyond the lost revenue — roughly $2 billion a year — which is required by current law to be reinvested in other programs to cut emissions, including building retrofits and support for clean tech innovation and the installation of a public electric vehicle charging network.

Ford’s platform says that lost revenue will be offset by eliminating those programs.