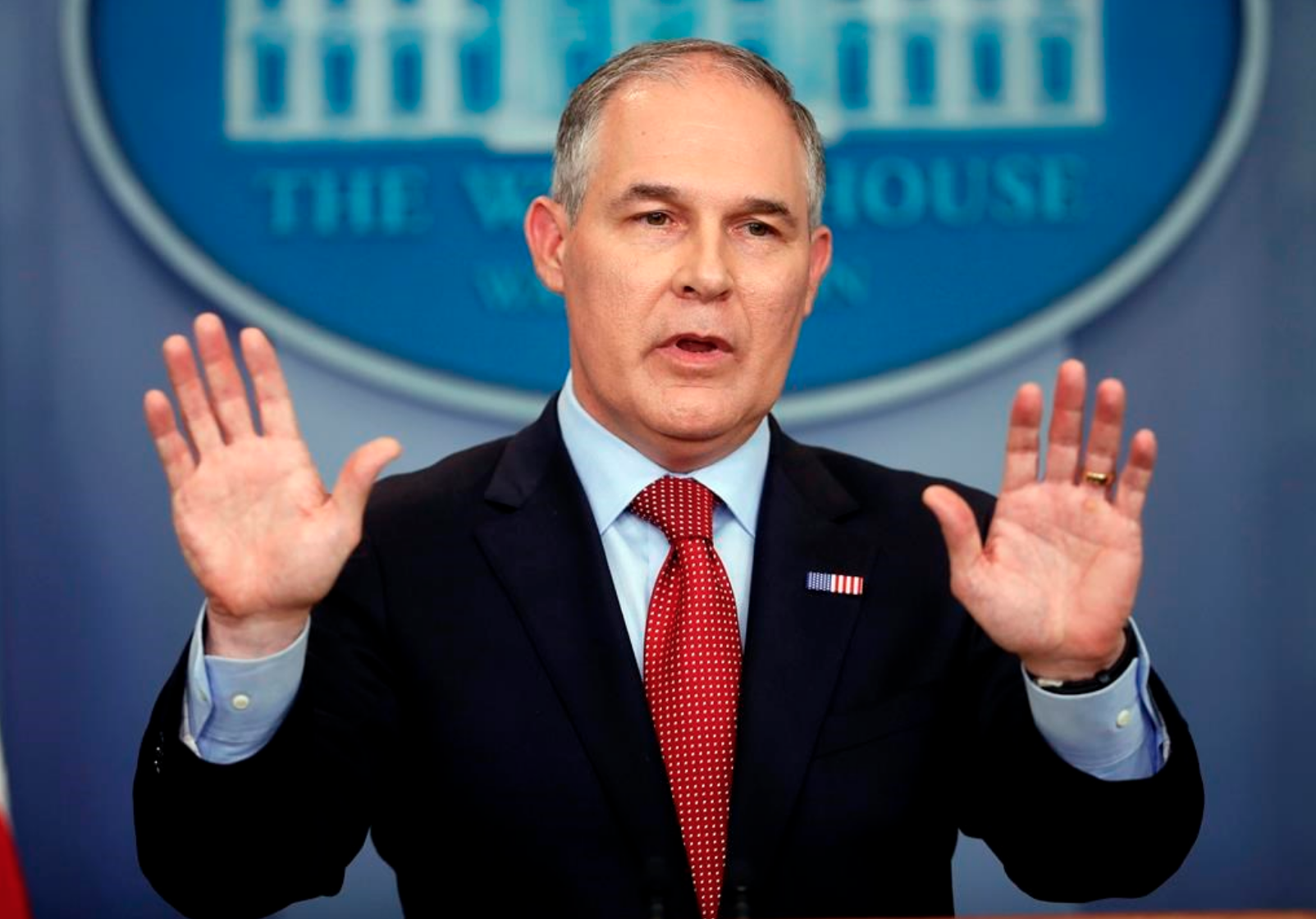 Remember when Donald Trump said he was going to “drain the swamp” and put an end to corruption and frivolous spending in Washington? Well, it turns out that it costs a lot of money and requires a lot of very fancy equipment to do all that draining. Including, apparently, extremely expensive pants.

On Wednesday the Intercept reported that Scott Pruitt has now spent more more than $4.6m in taxpayer money on security, according to documents obtained under the Freedom of Information Act. This includes $2,749.62 on “tactical pants” and “tactical polos” for the EPA administrator. The pants costs a remarkable $1,599.68 for eight pairs, which makes one wonder if Pruitt has heard of a handy tool called google dot com. When I did a search for tactical pants online you could find them at a far more reasonable price.

Fancy-pants Pruitt has been plagued by a never-ending series of spending scandals since taking office. And he’s not the only member of the Trump administration who enjoys spending public money like it grows on swamp-dwelling trees. Here’s a look at some of the other things the White House has been spending money on.

Pruitt seemed to think this was a reasonable sum to spend on 12 customized fountain pens from a jewelry store called the Tiny Jewel Box.

You can’t use your fancy pens on just any old desk. Pruitt works at a captain’s desk. Aye, aye, don’t even know what to say about that.

Scott Pruitt spent $2,749.62 on “tactical pants” and “tactical polos." And that's not the only big purchase he and other Trump administration figures have made. #fancypants

In March it was reported that the interior department spent nearly $139,000 to upgrade three sets of doors in the office of secretary Ryan Zinke last year. No, the doors weren’t made out of diamond. Apparently they were made of fiberglass.

According to a website, TrumpGolfCount.com, which is dedicated to tracking the president’s golf habit, this is how much Trump has spent on 112 golf trips since entering office. This is based on estimated costs of his flights and security.

Ben Carson, the housing secretary, caused a stir earlier this year by ordering an eye-wateringly expensive dining set (mahogany with a blue velvet finish, in case you were wondering.) Helen Foster, a senior official in the US Department of Housing and Urban Development told the Guardian that she had been told “$5,000 will not even buy a decent chair” after telling her bosses that this was the legal price limit for redecorating the department’s secretary suite. After a lot of controversy Carson cancelled his order. One only hopes he managed to find a decent chair to sit on.

It is not clear what Pruitt does in this privacy booth.

The cost of Mueller’s investigation.