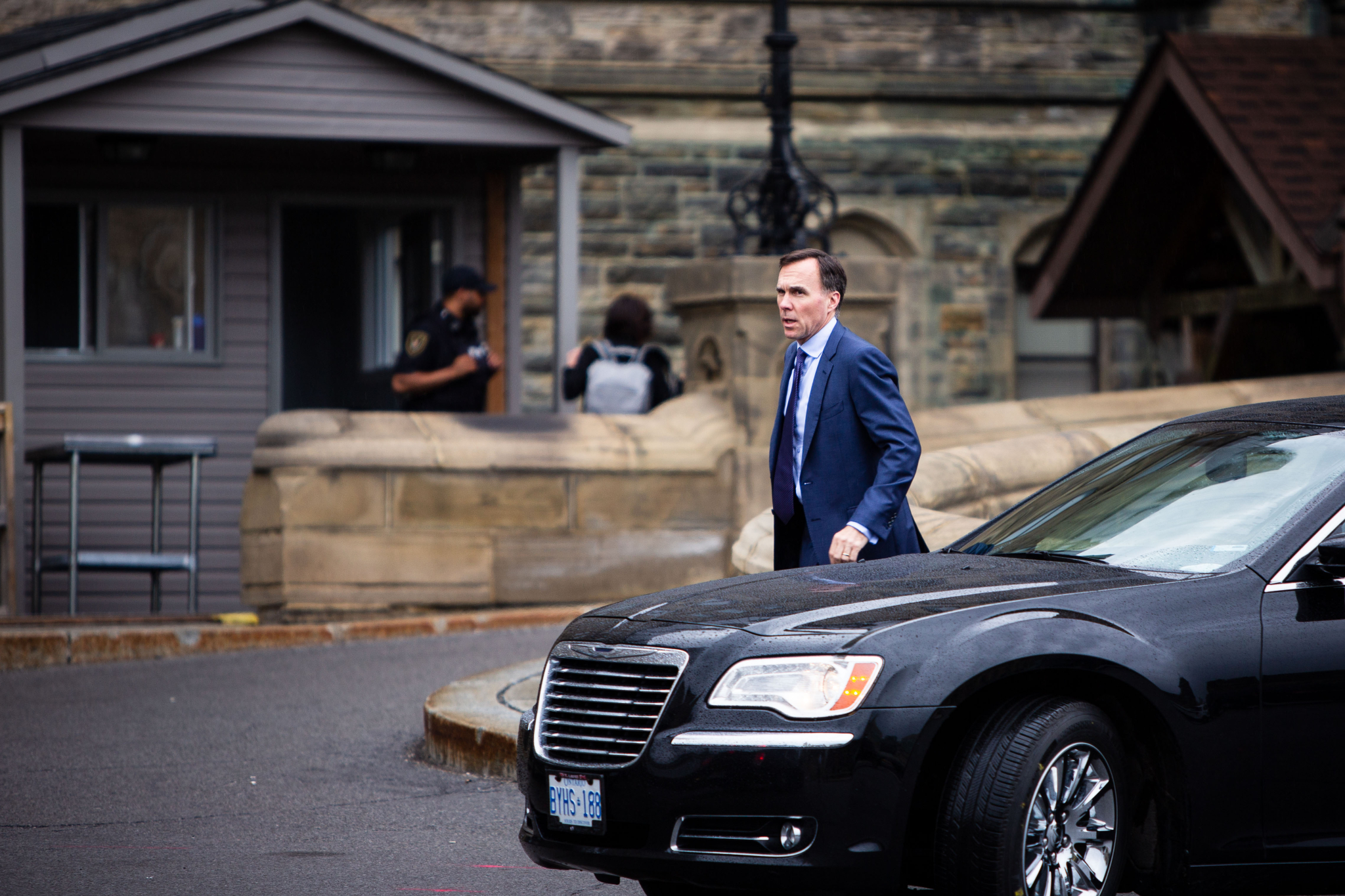 Finance Minister Bill Morneau exits a vehicle on Parliament Hill on May 22, 2018. Photo by Alex Tétreault
Previous story
Next story