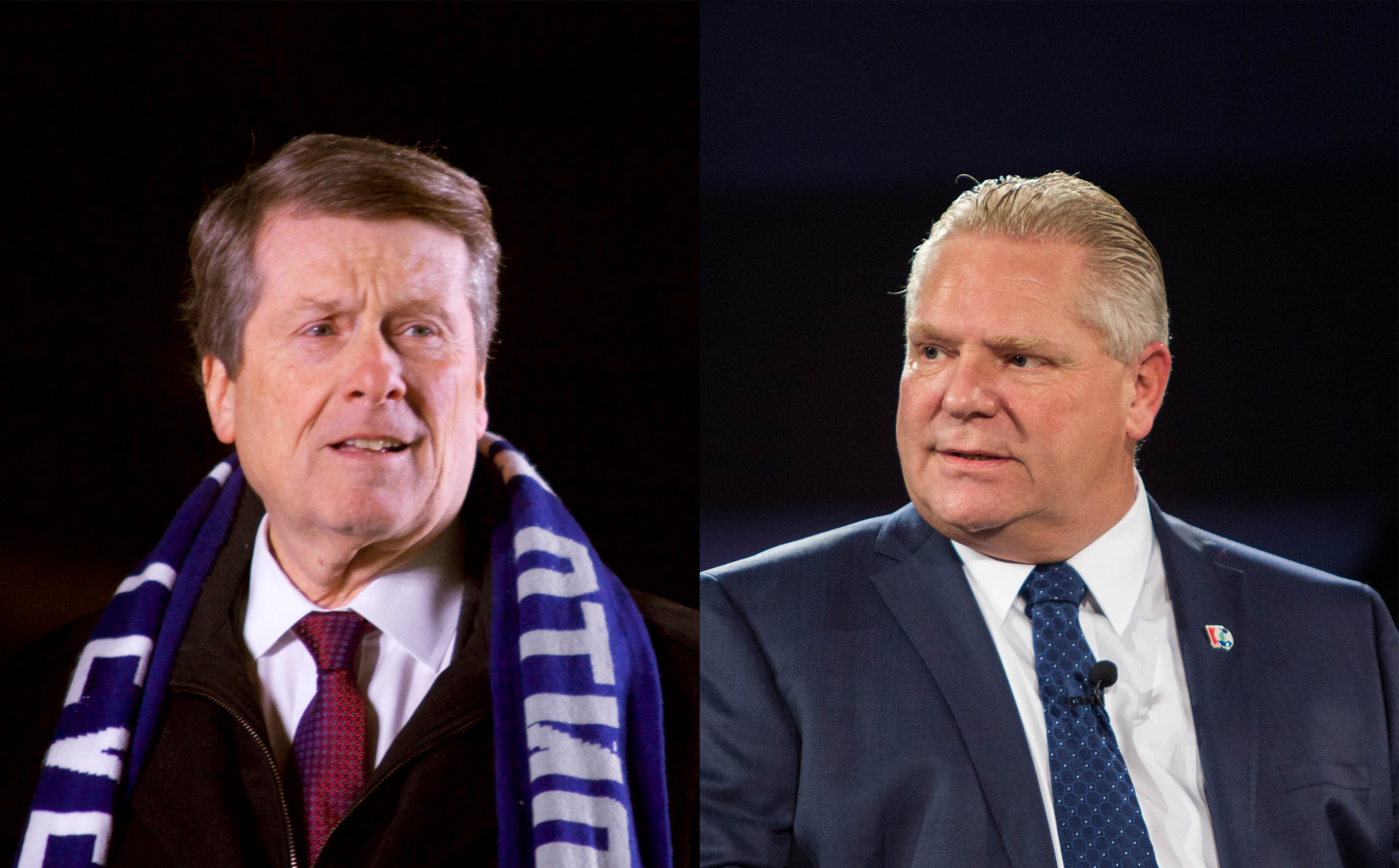 Toronto City Council is set to kick off a three-day meeting Tuesday, their first since Doug Ford was elected Ontario’s next premier, and some city councillors are using the opportunity to tell Ford they think some of his major election promises suck.

Coun. Kristyn-Wong Tam, with a second from Coun. Mike Layton, has put a motion on the meeting agenda requesting that council vote to show their support for Ontario’s sex-ed curriculum. Ford, cozying up to social conservatives, promised during the campaign to scrap the curriculum and revert back to the previous set of lesson plans, which were created in 1998 — an era well before newfangled things like cellphones and sexting.

There is also a motion by Coun. Neethan Shan, seconded by Coun. Maria Augimeri, asking council to endorse a $15 per hour minimum wage. Ford has promised to cancel the planned minimum wage increase planned for January 1, 2019, which would leave Ontario’s minimum wage at 14 bucks an hour for the foreseeable future.

Both motions have a decent chance of gaining majority support at this week’s council meeting. But they also highlight the stark reality of the city’s political situation because neither will matter much. With a firm majority government at Queen’s Park, requests from Toronto’s municipal council aren’t likely to register with Ford. All Mayor John Tory and Toronto Council can do is make some noise. There are indications, at least, that they don’t plan to be quiet.

Premier-designate Ford surprised and confused a whole lot of people last Thursday when he claimed he would push for subway service all the way to suburban Pickering and Markham — a transit plan that would, in reality, costs bazillions of dollars. Despite his subway push, Ford didn’t show up at a public meeting about the Finch West light rail transit plan held by Metrolinx in the northwest part of the city on Thursday night.

Coun. Giorgio Mammoliti had made a show of inviting Ford, suggesting the new premier (and longtime pal and political ally) would be eager to cancel the LRT line and build a subway instead. Ford’s absence gives Toronto transit riders some hope that the new premier won’t take an axe to all the city’s established, contracted and under-construction transit plans.

Following record-breaking years for death resulting from traffic collisions, Tory and council adopted a Vision Zero Road Safety Plan in 2016 with the goal to bring to zero the number of pedestrians, cyclists and other road users injured or killed on city streets.

It has not gone very well.

[email protected] has a firm majority government at Queen’s Park, meaning all Toronto's mayor and council can do is make some noise. @GraphicMatt writes about the early signs they'll do just that. #onpoli #Toronto #topoli #tocouncil

Stories of people getting hit by cars have continued, and the number of deaths in 2018 is on pace to surpass 2017. In response, John Tory will push council this week to endorse a plan to add up to $13 million to the Road Safety Plan this year, with the cash spent on things like traffic calming measures and redesigning intersections to improve safety.

Road safety advocates like the Toronto Coalition for Active Transportation and Cycle Toronto aren’t convinced the move will be enough. To ensure the issue stays in the spotlight throughout the municipal election campaign period, they’ve launched a survey process through which every candidate for mayor and councillor will be surveyed on a range of recommended safety measures — including a citywide ban on cars turning right on red.

CHART OF THE WEEK: Speed Matters

With Toronto’s focus on road safety – or a lack thereof — it’s worth revisiting this table from a 2015 report detailing statistics on pedestrian deaths in Toronto between 2009 and 2013. It lays out in stark terms just how big a factor speed is when it comes to pedestrian safety. At 30 km/h speed limits, fatal collisions are virtually unheard of. At 50 km/h and 60 km/h, however, collisions are far more common — and you’re way more likely to end up dead.

With the provincial election firmly in the rearview mirror, the municipal election is starting to heat up. Long-time Willowdale councillor John Filion announced his retirement, opening up a council seat. Filion’s announcement comes after East York councillor Janet Davis also announced she would not be seeking re-election.

Did you know the City of Toronto collects money from something called the “Heads & Beds Levy”? The levy — which, yes, does have a hilarious name — applies to all hospitals, prisons, colleges and universities. These institutions are asked to pay a fee of $75 per bed or enrolled attendee (i.e. a “head”) each year.

An important twist: the $75-per-head-or-bed levy hasn’t increased since 1987. Had the levy increased with inflation, the City of Toronto would take in an extra $17.9 million this year.

​Matt Elliott is a veteran Toronto City Hall reporter. The Globe and Mail once called him part of "a little troupe of self-described obsessives that cover city hall debates with a nerdy zeal usually reserved for Game of Thrones or Star Trek." In 2011, The Grid named Matt one of the 50 people who make Toronto better.

Does John Tory have what it takes to stand up to Doug Ford?