Alexandria Ocasio-Cortez will be the leading Democrat on climate change 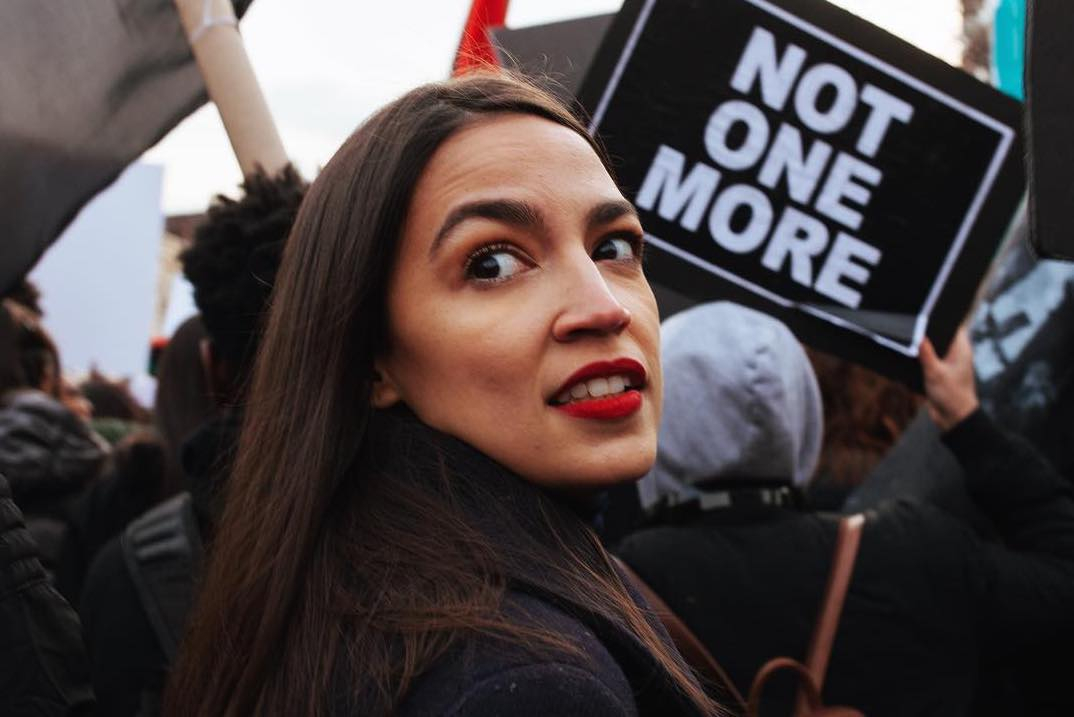 This article was originally published by HuffPost and appears here as part of the Climate Desk collaboration.

Alexandria Ocasio-Cortez’s stunning primary victory over powerful U.S. Rep. Joe Crowley in the working-class New York district stretching from the Bronx to Queens is likely to propel her avowedly left-wing platform into the Democratic mainstream as the 2018 midterm elections heat up.

But her detailed proposals to deal with climate change could prove among the most influential at a time when the Democrats have failed to rally around any policy that could feasibly reduce greenhouse gas emissions dramatically enough to make a difference.

Ocasio-Cortez outlined plans to transition the United States to a 100 per cent renewable energy system by 2035. It’s a goal hailed by environmentalists as the last best hope of staving off the most catastrophic effects of human-caused planetary warming, and it’s one already adopted by a coalition of mayors representing 42 per cent of U.S. electricity use and representing major cities such as Atlanta and St. Louis.

What sets Ocasio-Cortez’s proposal apart is her plan to meet the target by implementing what she called a “Green New Deal,” a federal plan to spur “the investment of trillions of dollars and the creation of millions of high-wage jobs.” Though the slogan harks back to President Franklin D. Roosevelt’s 1930s New Deal program of infrastructure spending and labor reforms, she compared the program she envisions to the tens of billions of dollars spent on armaments manufacturing and the rebuilding of Europe after World War II.

“The Green New Deal we are proposing will be similar in scale to the mobilization efforts seen in World War II or the Marshall Plan,” she told HuffPost by email last week. “We must again invest in the development, manufacturing, deployment, and distribution of energy, but this time green energy.”

The 28-year-old ― who has a degree in economics and seems likely to defeat Republican Anthony Pappas in November in the overwhelmingly Democratic district ― suggested that storm-ravaged Puerto Rico, still struggling to regain reliable electricity nearly a year after the deadliest hurricane in modern U.S. history, could be a testing ground for such a policy.

“Our fellow Americans on the island have suffered horrendous losses and need investment at a scale that only the American government can provide,” she said.

She criticized the Green New Deal rhetoric then-candidate Barack Obama deployed in 2008 to describe moderate, so-called market-based policies to start to incentivize companies to pollute less, such as the cap-and-trade program Democrats failed to pass in 2010, and the solar and wind tax credits that have helped the renewable industry grow.

“Half measures will not work,” Alexandria Ocasio-Cortez said about Obama's climate policies from 2008. “The time for slow and incremental efforts has long past.”

“Half measures will not work,” she said. “The time for slow and incremental efforts has long past.”

In an interview with In These Times, she called herself an “environmental hardliner” and suggested running on aggressive policies that take seriously scientists’ increasingly dire warnings on climate change can help win back working-class Americans who voted for President Donald Trump in 2016.

“It’s kind of ironic, because the areas of the district that are experiencing the worst of climate volatility right now are actually pockets of Democrats who voted for Trump,” she said. “They may have voted for Trump, but they are screaming at the top of their lungs that their elected officials aren’t rebuilding the crumbling seawall.”

It’s a bold policy prescription at a time when, even across the city, Democratic hopefuls who received support from the national party are ignoring the issue. Max Rose, an Army combat veteran favored to win the Democratic primary in the district stretching from Staten Island to South Brooklyn, where Trump won in 2016, barely mentioned climate change in his platform, noting only under his jingoistic proposals for preserving “American leadership” that he supports rejoining the Paris climate agreement.

We must again invest in the development, manufacturing, deployment, and distribution of energy, but this time green energy. -Alexandria Ocasio-Cortez

The issue faces similar neglect even in deep-blue states. Washington Gov. Jay Inslee (D) failed for a second time in March to pass a carbon tax ― a relatively conservative policy so widely accepted that big oil companies and a handful of Republicans are now pushing a similar policy proposal nationally. In New York, Gov. Andrew Cuomo (D) failed for a third time this month to pressure Republicans in the state Senate to hold a vote on the Climate and Community Protection Act, a bill that requires the state to use 100 per cent renewable energy by 2050 and mandates that state funding for energy projects go to low-income communities and union-wage projects.

On the federal level, even the most purportedly hawkish Democrats on climate change have proposed conservative policies.

Last July, Sens. Sheldon Whitehouse (D-R.I.) and Brian Schatz (D-Hawaii) introduced a carbon tax bill alongside companion legislation by Reps. Earl Blumenauer (D-Ore.) and David Cicilline (D-R.I.). The bill, announced at the conservative American Enterprise Institute, proposed using part of the US $2.1 trillion it projected generating in the first decade to lower corporate taxes by six per cent. In February, Sen. Chris Van Hollen (D-Md.) proposed yet again a nearly decade-old cap-and-dividend bill that would put a price on CO₂ emissions and establish auctions for pollution permits, returning the proceeds to Americans in the form of a rebate.

Rep. Don Beyer (D-Va.) introduced a companion bill in the House. But the legislation excludes emissions from meat production, which, according to Environmental Protection Agency estimates, makes up a growing portion of the nine per cent of U.S. greenhouse gases that come from agriculture.

There are some exceptions. In April 2017, Sens. Bernie Sanders (I-Vt.) and Jeff Merkley (D-Ore.) rolled out a bill to all but end fossil fuel use by 2050. Last September, Rep. Tulsi Gabbard (D-Hawaii) proposed the Off Fossil Fuels for a Better Future Act ― considered one of the most progressive climate bills yet introduced ― which calls for ending oil, gas and coal use by 2035, cutting all subsidies to drilling, mining and refining companies, and providing funding to workers to transition into new industries.

Ocasio-Cortez’s ambition and embrace of left-wing economic ideas aren’t the only ways in which she breaks with most of her party on climate change. She rose to prominence in progressive circles in part by calling for the abolition of Immigration and Customs Enforcement, the 15-year-old agency widely condemned as a paramilitary force now executing Trump’s ruthless immigration agenda. Rather than spending the final weekend before her primary in New York, Ocasio-Cortez traveled to a child-detention center in Texas, demonstrating, as Time put it, that she “keenly saw the debate about President Trump’s border policy as a way to energize voters in a primary that had a remarkably low turnout” and “set herself apart from Crowley.”

On Tuesday, the Democratic Socialists of America cemented Ocasio-Cortez’s approach as the platform issue for its climate and environmental justice working group.

Immigration justice is climate justice. We are calling on all climate justice organizations to mobilize to #AbolishICE. https://t.co/eq9nIz1BRu pic.twitter.com/3a3FH1wRpI