Here's what you need to know about Doug Ford's new cabinet 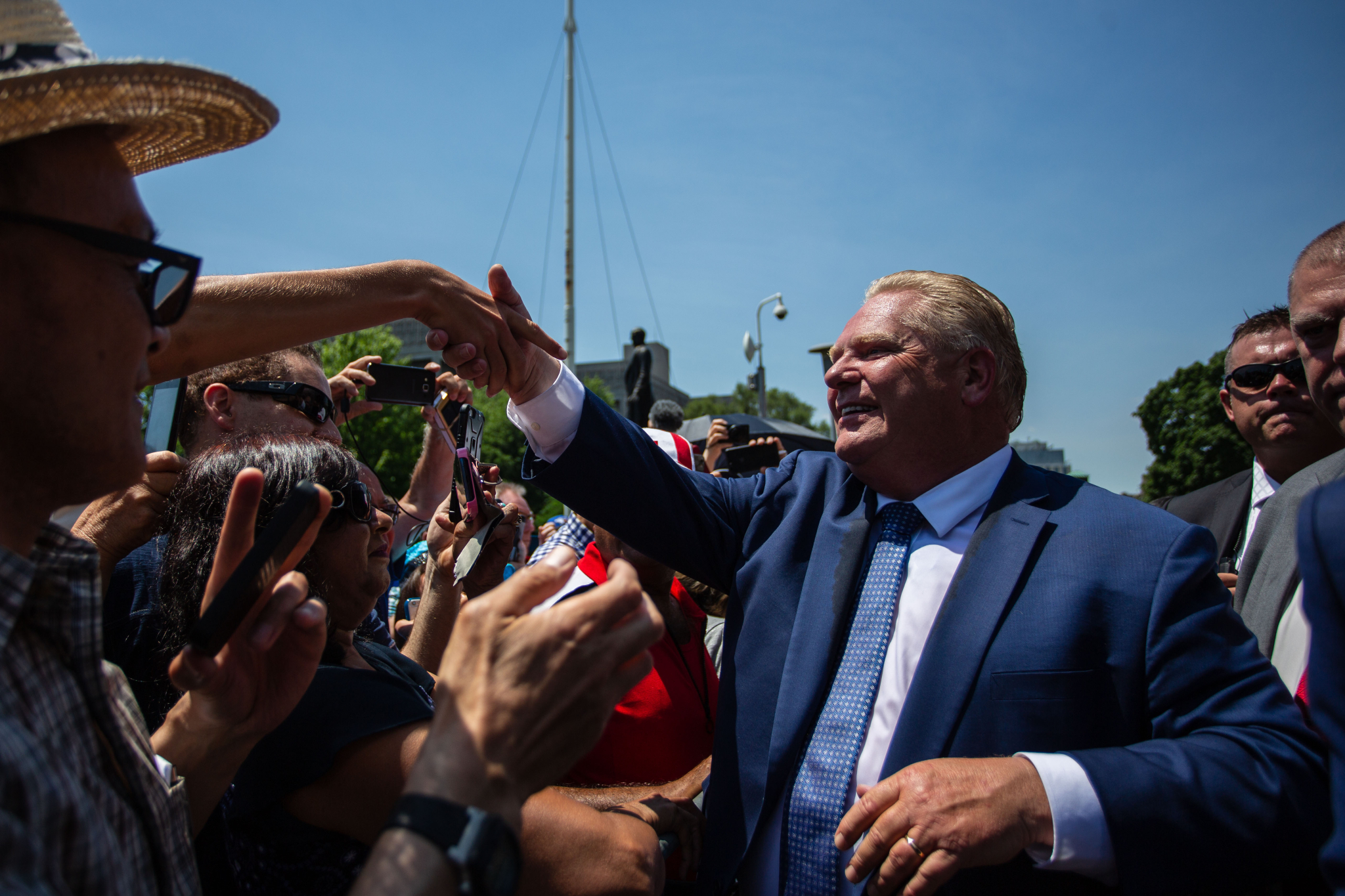 Ontario has a new environment minister with a background in gambling, an energy minister who has taken on Indigenous affairs and no one in cabinet whose main job will be tackling immigration.

These are among some of the details of the first cabinet in Ontario Progressive Conservative Premier Doug Ford's new government.

Ford eliminated or altered some of the ministries of the former Liberal government, reducing the size of cabinet to 21 from 29 and signalling some changed priorities by renaming and merging some responsibilities. One example is the elimination of the Ministry of Citizenship and Immigration.

The changes signal the initial steps the Ford government is taking to reduce the cost and size of government, as the Tories promised to do in the last election.

Opposition parties were less than enthusiastic about the government's new look, criticizing the premier for merging Indigenous affairs with energy, mines and northern affairs; adding Francophone affairs to the attorney general’s portfolio; and replacing the Ministry of the Status of Women with “women’s issues” responsibilities in another portfolio.

Rod Phillips was named minister of the environment, conservation and parks. He is the former chair of Postmedia and former president and CEO of the Ontario Lottery and Gaming Corporation. His new position is also includes a subtle change that removes the words "climate change" from its title.

The new cabinet features a throng of longtime MPPs, including Victor Fedeli, who was elected MPP of Nipissing in 2011 and served as interim party leader following Patrick Brown's ousting. He was sworn in Friday as minister of finance and chair of cabinet.

Among the freshmen is president of the treasury board, Peter Bethlenfalvy of Pickering-Uxbridge, a newly-formed riding. Before taking office, he was a co-president of DBRS Limited, a global credit agency that downgraded the province's debt rating.

Michael Tibollo, the minister of community safety and correctional services, was elected in Vaughan-Woodbrige. He is a lawyer by trade and owner of the firm Tibollo & Associates Professional Corporation, where he specialized in corporate and commercial law. His company bio page says he "holds a fifth-degree black belt in Taekwondo and is an avid beekeeper."

The Ontario NDP criticized the downsizing of core ministries.

“Doug Ford’s decision to make the minister of energy a part-time job is devastating for families who have been struggling for years to keep up with soaring hydro bills,” NDP MPP Sara Singh said in a media release.

"This decision shows that Mr. Ford is not planning to tackle the hydro mess that the Liberals left Ontarians in and leaves families who are already squeezed by sky-rocketing hydro bills to worry.”

The release noted that the cuts included the elimination of the ministries of citizenship and immigration and research, innovation and science.

Those consolidated with others or reduced in stature:

Editor's note: This article was updated at 10:26 a.m. on July 4, 2018 to correct Michael Tibollo's title as minister of community safety and correctional services and to correct the year of Vic Fedeli's first election as an MPP in 2011.

Not that it matters much but

Not that it matters much but I believe Vic Fedeli was elected MPP of Nipissing in 2011, not 2014 as mentioned in the article. From a historical perspective, I don't want to deprive him of a term in office which should translate into added experience and with hope soumd judgement? So far announcing that Ontario is open for business at the cost of our enviroment and climate, doesn't sound very promising? What's next, eliminate the min wage and all those pesky labour/Occ health and safety regulations? Will that entice big orgs to set up sweat shops in Ontario? It sounds to me like a "carbon" copy of the 1970's Mexican industrial expansion; at any cost and on the backs of the workers. Didn't Henry FORD ensure that his staff were paid enough to buy the products they were building? (Two puns appear in this message; Carbon and Ford , not bad for a Tuesday after a long weekend).

Thank you for reading and for your note – the date of Fedeli's election has been corrected.