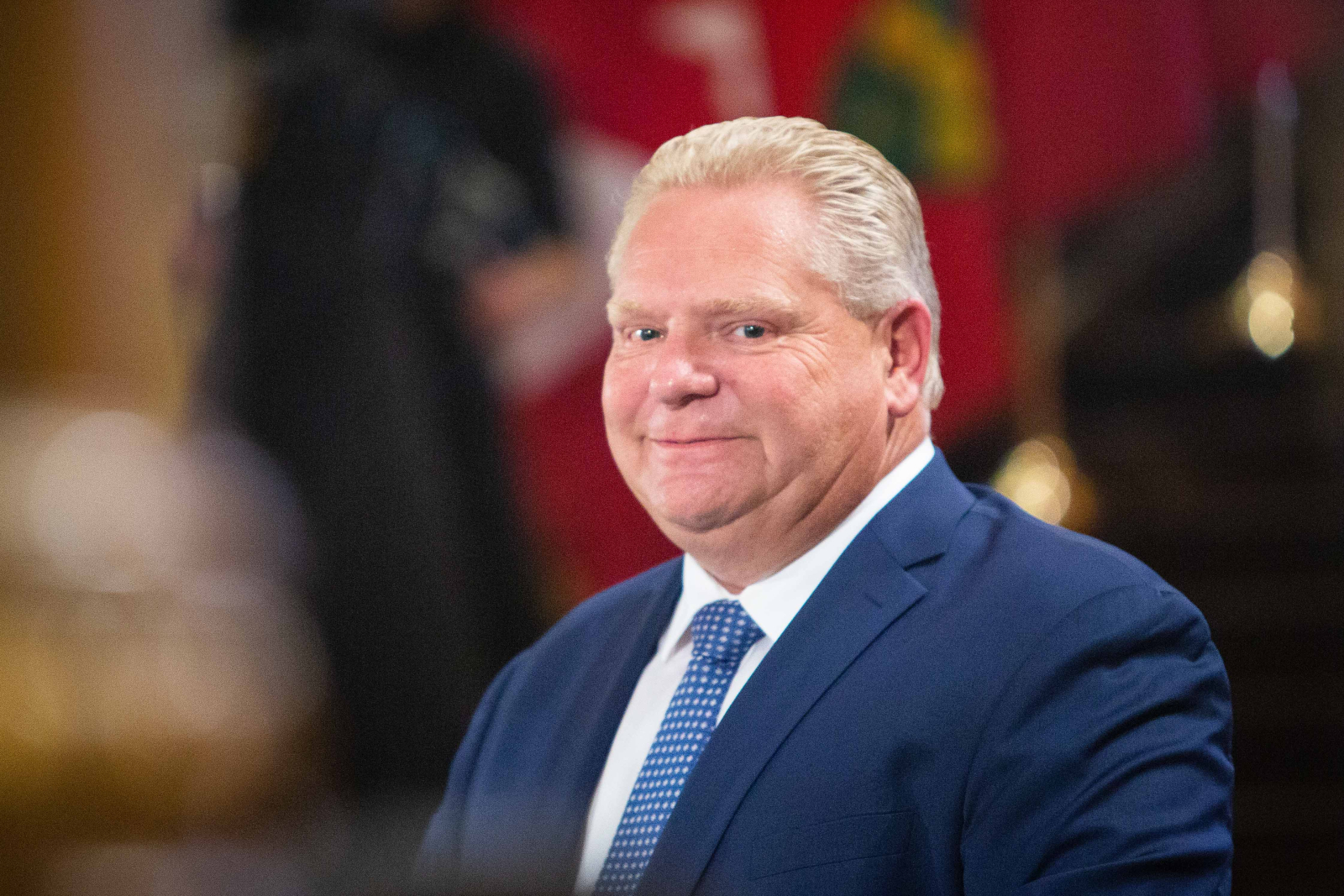 Doug Ford was sworn in as premier of Ontario on June 29, 2018. File photo by Alex Tétreault
Previous story

But the speech also included new policies that would affect the future of Ontario's financial and education sectors.

In Thursday's nine-page speech from the throne — written by Ford's office but read by Lt.-Gov. Elizabeth Dowdeswell in the legislature — the new provincial government vowed to begin a commission of inquiry into the previous Liberal government's expenditures "to identify ways to restore accountability and trust in Ontario's public finances."

At the cabinet's swearing-in ceremony last month, Ford and Finance Minister Vic Fedeli both promised a line-by-line audit of the previous government's spending. This was restated in the throne speech, along with the Conservatives' aim to balance the budget without creating new taxes for the public, and at a “responsible, modest and pragmatic” time.

“We cannot afford to dither or delay. To overcome these challenges, we must challenge the status quo, reject the old compromises and embrace change,” the throne speech said. "The era of accounting tricks and sleight of hand must end."

On education, only days after the Ford government announced the return of Ontario's 1998 sexual education curriculum in schools, the Conservative government said they would end the province's math curriculum, know as "Discovery Math," in order to “focus on fundamentals that allow our children to succeed."

Both the sex-ed and math curriculums currently in Ontario schools were described as "failed ideological experiments in the classroom" by former Premier Kathleen Wynne's government.

The pledge to scrap the math curriculum was included in Ford's campaign platform, with little added details.

On healthcare, the throne speech said the Ford government would add 15,000 new long-term care beds over five years and invest $3.8 billion investment in mental health and addictions, including supportive housing. They will also increase "supports" for families with autistic children, although few details were provided.

Little was said about what the new government plans to do to tackle greenhouse gas emissions in the province other than stating, once again, the end of Ontario's cap-and-trade agreement with Quebec and California. The throne speech warned that any carbon taxation by the federal government would be considered "oppressive taxes" and met with great resistance.

The throne speech did, however, promise to keep open the Pickering nuclear generating station and continue to work with Ottawa during the renegotiation of the North American Free Trade Agreement, or NAFTA.

The @fordnation government's first speech from the throne warned that any carbon taxation by the federal government would be considered "oppressive taxes" and met with great resistance. #onpoli #cdnpoli #climatechange

The Lieutenant Governor and Premier Ford are both here. The ceremony begins. #onpoli pic.twitter.com/Jajl5cDo1d

The speech pledged to restore Ontario to "once again be the engine of Canada's economy."

Ontario's 42nd parliament will officially get to work on Monday, with the promise that "change will not busy."