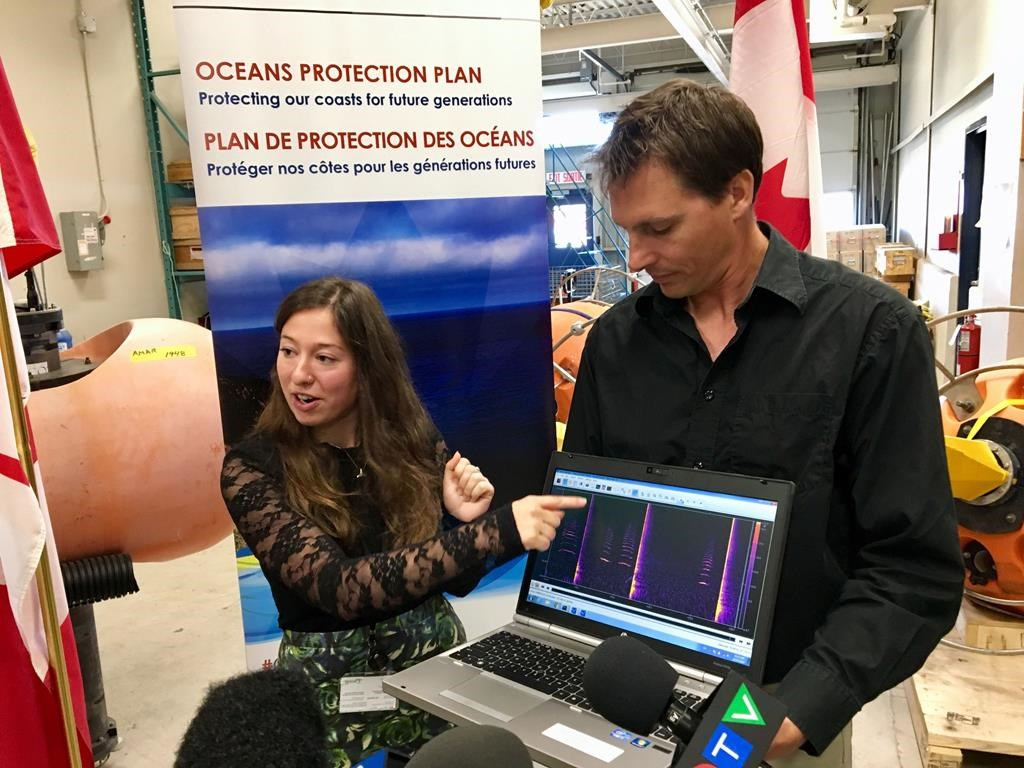 Ottawa has announced $26.6 million in funding for research to help better understand noise pressures on marine mammals, such as the endangered North Atlantic right whale.

Darren Fisher, a Halifax-area MP, made the announcement today at Halifax's Bedford Institute of Oceanography, where much of the research will be carried out.

The Fisheries Department says the research will help identify how to reduce the impacts of noise stressors on whales and other marine species.

It says the initial focus will be to better understand the effect of shipping-related noise on right whales, the southern resident killer whale and the St. Lawrence Estuary beluga, amongst others.

As part of the initiative, Dalhousie University in Halifax will receive $635,000 to support its monitoring of the North Atlantic right whales in the Gulf of St. Lawrence and Roseway Basin, off southern Nova Scotia.

The school will deploy gliders that use underwater microphones to detect the presence of the whales and how they move through the areas.

By The Canadian Press | News, Politics | January 23rd 2018
State Of The Animal