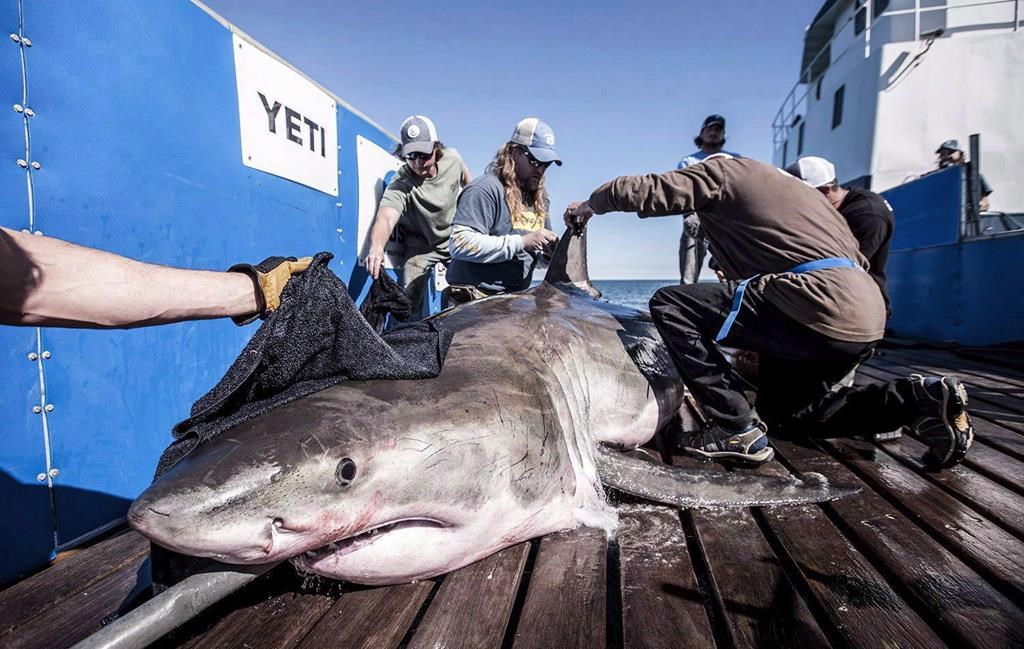 A shark known as "Hilton" is seen in this undated handout photo. Handout photo by Robert Snow/OCEANCH
Previous story

The great white shark who stole the hearts of people in Nova Scotia last year has returned to the area after a winter sojourn down south.

On Sunday, Hilton announced on Twitter that he was enjoying waters off the southern tip of the province, timing his arrival with TV's popular week-long shark programming.

The 600-kilogram tagged shark posted one of his typically cheery messages, saying, "Oh yeah, kickin off#SharkWeek in Nova Scotia! Thrilled to be back!"

Some of his 36,000 followers immediately chimed in online to welcome Hilton back.

One said, "Welcome back, buddy!! We've been eagerly awaiting your arrival!" while another said, "I was just wondering where you were. Thanks for checking in."

The almost four-metre-long male shark was tagged by the research group Ocearch in South Carolina.

By The Canadian Press | News, Politics | March 2nd 2018
State Of The Animal