Jimmy Kimmel on climate change: 'Somebody needs to get through to Trump' 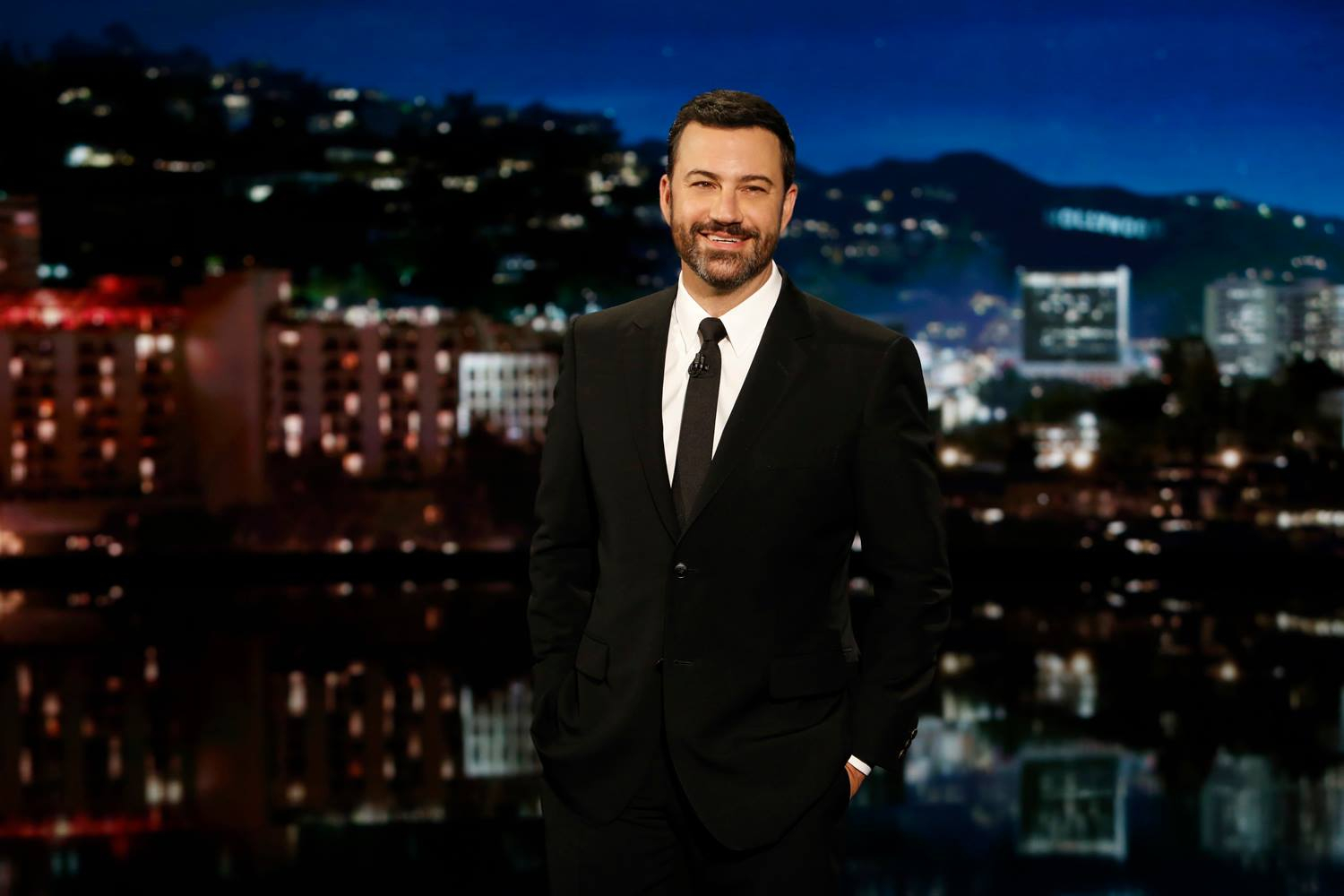 Jimmy Kimmel: ‘Maybe the most destructive thing these people are up to involves climate change.’ Photo from the Jimmy Kimmel Live Facebook account
Previous story

“Maybe the most destructive thing these people are up to involves climate change,” he said. “Not only is it hotter than ever, but levels of carbon dioxide hit new all-time highs last year, we have abnormally warm temperatures around the globe, arctic ice is melting at an unprecedented rate.”

“Last month,” he added, “was the hottest month ever recorded in the state of California.”

“I just want to start off tonight by saying happy birthday, Robert Mueller,” began Stephen Colbert. “Blow out the candles and make our wish.

“Gates has already pleaded guilty to lying to the FBI and on the stand he made his former boss’s guilt perfectly clear,” said Colbert. When asked if he committed crimes with Manafort, Gates simply replied: “Yes.”

“It gets better, because Gates admitted on the stand that he stole hundreds of thousands of dollars from Paul Manafort,” Colbert added. “Manafort was making some big promises to people who lent him money. After Manafort got loans worth $16m, he recommended the banker who allegedly loaned him the money be nominated as President Donald Trump’s army secretary.”

Colbert went on: “Speaking of Mueller’s investigation, the president is still dealing with the fallout from his disastrous Twitter confession that his campaign colluded with the Russians in Trump Tower when he admitted that the meeting was about getting dirt on Hillary Clinton.”

Reading from a CNN report, Colbert added that Trump’s lawyers have suggested he stop tweeting about the Trump Tower meeting. “Little late,” Colbert joked. “That’s like saying: ‘I’ve got to warn President Lincoln! You know what, it can wait till after the play.’”

“Today is day six of the Paul Manafort trial,” he began. “This week, prosecutors brought Rick Gates to the witness stand. Gates has been Paul Manfort’s right-hand man for years and, on top of that, he worked as a deputy campaign manager for Donald Trump.”

Noah added: “He knows where the bodies are buried and yesterday, he dug them up.”

“For Manafort, it must’ve been really wild, because every moment that Gates was on the stand, things just got worse and worse,” the host said, noting that, aside from admitting to committing crimes with Manafort, Gates also confessed to having stolen hundreds of thousands of dollars from his boss.

If you’re involved in money laundering, don’t be surprised when your associates hang you out to dry. pic.twitter.com/OUkx2cOfUW

“He’s confessing to stealing from the same guy he was committing crimes with,” Noah said. “Manafort must’ve been so mad but also, at the same time, so proud.”

Noah went on to explain that, while the Manafort trial isn’t part of the Russia investigation, it did stem from it. And special counsel Robert Mueller is hoping the trial proceedings convince Manafort to flip on Trump.

“Man, Robert Mueller is cold-blooded,” Noah said. “He’s just catching the small fish as a way to get to Trump.”

“Why isn’t Manafort snitching on Trump?” Noah asked, before airing news footage speculating Manafort expects to be pardoned by the president. “Ah, yes, the presidential pardon. Trump hands out pardons like a Klan member handing out candy.”

Thanks for this; very funny

Thanks for this; very funny monologue, except that it's real!