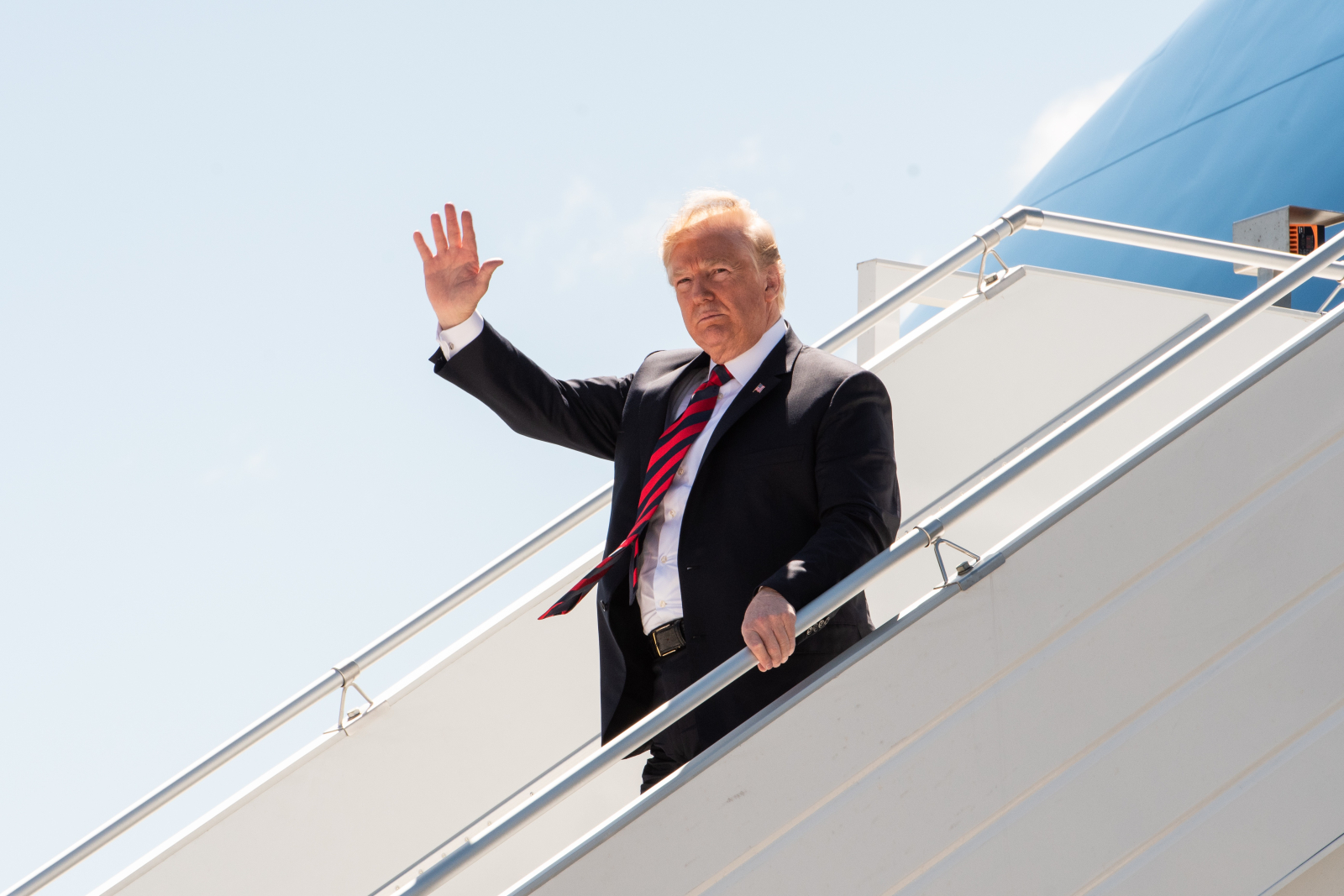 Last year was the deadliest and most destructive wildfire season in California’s history. But that soon could change. As the state enters the peak month of fire season, wildfires have already burned more than 290,000 acres and killed eight people. This time last year, only about 220,000 acres had burned, and no one had died. The 2017 season would eventually claim 44 lives.

Why are these wildfires so bad, and why do they seem to be getting worse over time? President Donald Trump offered his opinion in a Sunday night tweet, writing that “bad environmental laws” have been diverting water away from firefighting efforts. He also wrote that the state “must tree clear to stop fire spreading!” (Hours later, he deleted the tweet and tweeted a near-identical version.)

There is an ongoing debate about the merits of “thinning” forests to reduce wildfires, but a lack of available water? That’s not a common complaint of wildfire experts, who instead point to extreme drought and heat, human development in vulnerable areas, and an outdated federal funding system for firefighting.

Presented with Trump’s tweet, the state firefighting agency said it had "no idea” what Trump was talking about. “We have plenty of water to fight these wildfires,” Daniel Berlant, assistant deputy director of Cal Fire, told The New York Times, “but let’s be clear: It’s our changing climate that is leading to more severe and destructive fires.”

What “bad environmental laws” did Trump have in mind, then? On Monday afternoon, he elaborated—sort of.

Some reporters have speculated that Trump is referring to endangered species protections—most importantly, the federal Endangered Species Act. These laws prohibit farmers and other industrial sources from taking lots of water from certain rivers and streams, in order to protect the habitats of endangered fish. Trump is currently seeking to dramatically weaken the Endangered Species Act, so it’s possible he wanted to bolster his administration’s case by linking the federal law to wildfires.

The president's tweets are baffling experts. Here's a theory about which "bad environmental laws" he's talking about.

But I think Trump’s tweets reference something more specific: His administration’s escalating attempts to prevent California from regulating its own water systems.

California’s State Water Resources Control Board is expected soon to implement a plan to prevent the imminent collapse of fisheries in the state’s largest estuary. This plan—nine years in the making—would limit water use “in three tributaries to the San Joaquin River, which joins with the Sacramento River to feed into the delta, a key California water source and home to endangered species such as the Chinook salmon,” Pacific Standard reported last month. More water would flow through the system as a whole, so some water would inevitably flow into the ocean, as Trump notes.

Many farmers are opposed to this policy, claiming limits on water use would hurt the agricultural economy. Enter the Trump administration. Last month, Interior Secretary Ryan Zinke travelled to two reservoirs in the Northern San Joaquin Valley, where he told reporters that his agency may intervene. “There is a federal interest—the federal interest as the water master,” he said. He was joined by Republican Congressman Jeff Denham, who called the state’s water conservation proposal a “disastrous plan to flush water from valley rivers to the ocean,” foreshadowing the language Trump would eventually use in his Sunday tweet.

Denham has attempted, on several occasions, to enlist the federal government’s help in halting California’s new plan. Most recently, he tucked legislation to stop it in a spending bill for the Department of Interior. Now, he has Zinke and the Trump administration in his corner. Last Friday, the Department of the Interior’s Bureau of Reclamation commissioner sent a letter to California's water board threatening possible legal action if the plan is adopted.

Republicans like Zinke and Denham have long argued that water conservation policies are the real cause of California's drought—that environmentalists, not climate change or overuse, are to blame for water shortages. But they have never gone so far as to suggest, as Trump did on Monday, that environmentalists are the real reason that wildfires are raging out west. That’s especially concerning because people have died in those fires, as many more likely will. Inventing a bogeyman won’t change that. Only smart policies will.

Why any intelligent person

Why any intelligent person would even consider listen to the insane nonsense spewed by this pompous, arrogant, ignoramus is beyond belief....

So he believes it's misuse of

So he believes it's misuse of water that is causing CA to burn? What's his explanation for the yearly increase and devastation from wildfires north of CA, in Canada? Last year NASA shared a global map of wildfire increase all over the world. What does this uninformed buffoon have to say about that? Someone needs to go back to selling real estate.