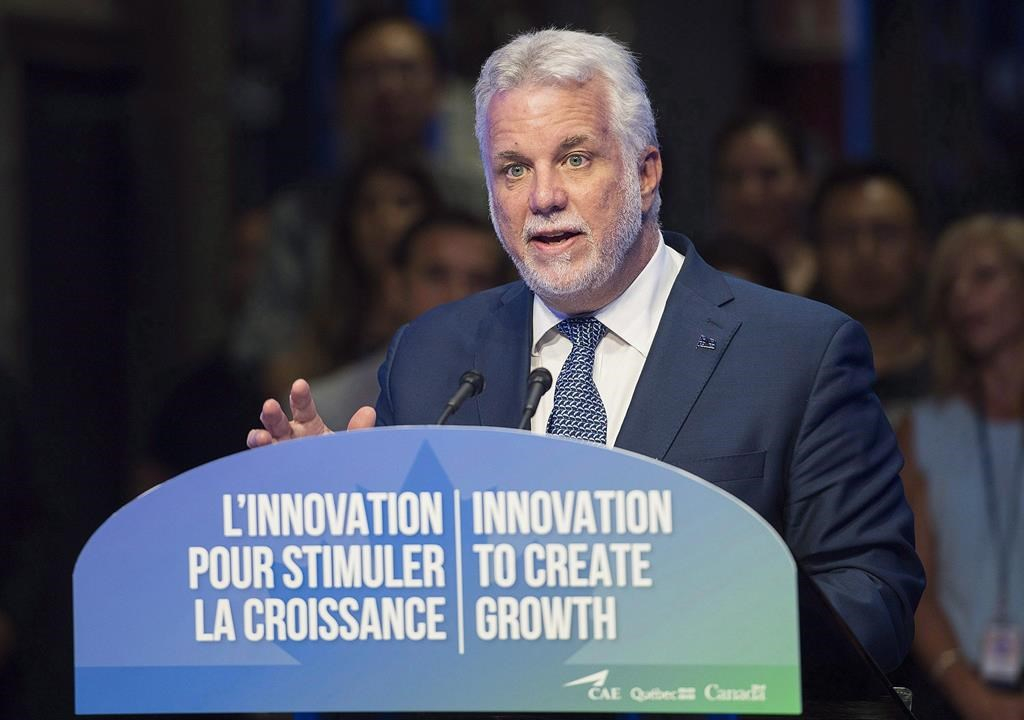 Quebec Premier Philippe Couillard speaks during an investment announcement at CAE in Montreal, on Wednesday, August 8, 2018. File photo by The Canadian Press/Graham Hughes

Couillard announced Saturday the campaign will officially start Aug. 23, instead of the expected date of Aug. 29.

Quebecers will go to the polls Oct. 1.

Couillard's announcement during a speech at a meeting of the Liberals' youth wing means the campaign will last the maximum 39 days.

The premier says the extra days will give his party more time to spread its message in all regions of the province.

He also noted the three leaders' debates during the campaign will eat up a lot of time because of the preparation required.

Opinion polls suggest the Liberals, who have been in power 13 of the past 15 years, are in a dogfight with the Coalition Avenir Quebec, with the Parti Quebecois trailing in third place.

Coalition Leader Francois Legault and PQ Leader Jean-Francois Lisee welcomed Saturday's announcement, with both saying they are ready to do battle.