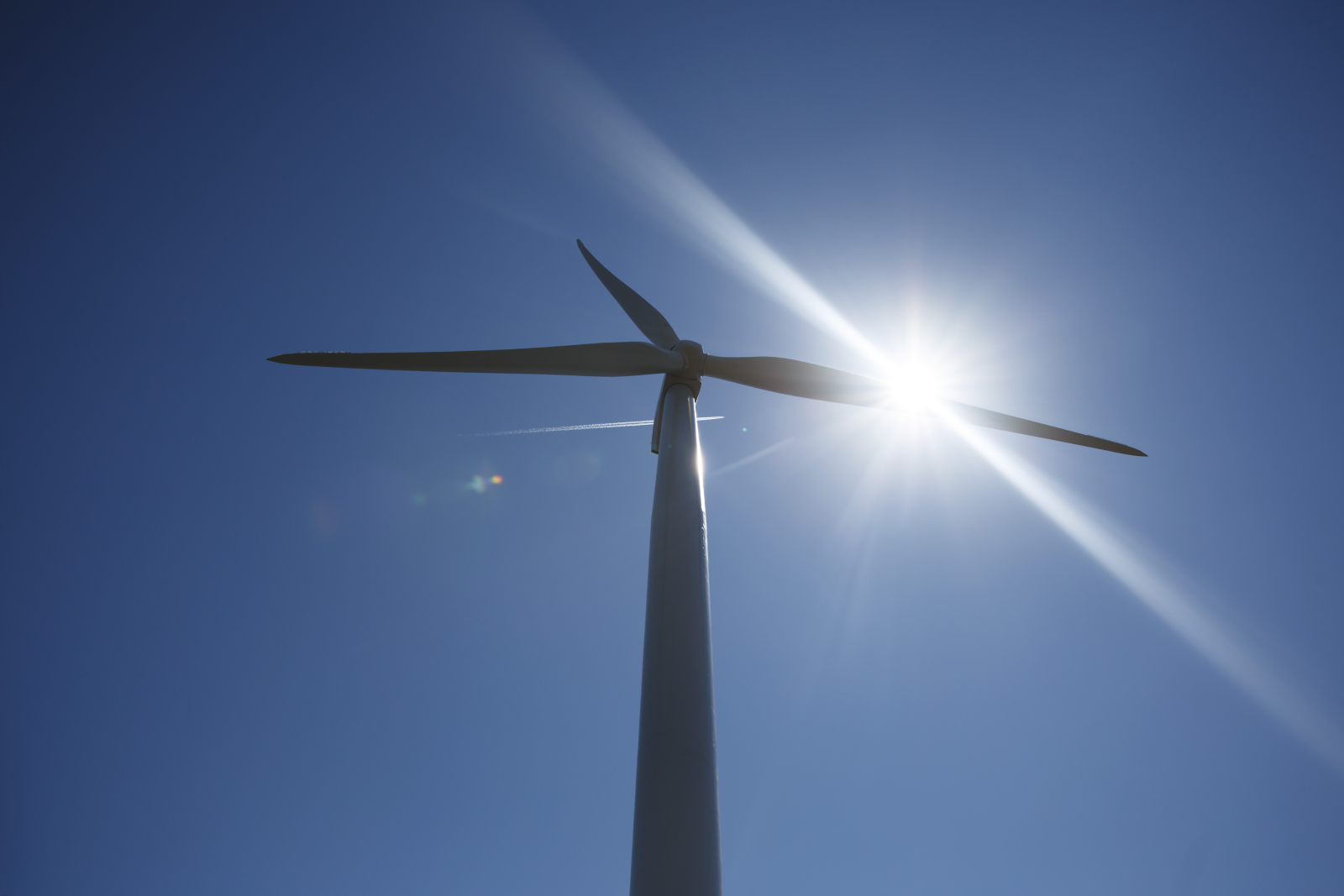 The CAQ and Hydro-Quebec believe the Apuiat wind farm in northern Quebec is not economic. Image of a turbine from White Pine Wind Farm in Ontario on July 19, 2018. File photo by Cole Burston
Previous story
Next story

A new pledge from the Coalition Avenir Québec party to nix a $600-million wind energy project on traditional Innu territory on the north shore of the St. Lawrence Seaway is a bad sign for future relations between Indigenous peoples and the right-leaning party, warns Ghislain Picard, regional chief of the Assembly of First Nations of Quebec and Labrador.

The pledge would dash long-standing plans for the multimillion dollar development that has been touted by Innu chiefs as “an opportunity for historic reconciliation” between Quebec’s Innu communities, Hydro-Québec and the provincial government, currently led by Premier Philippe Couillard's Liberals.

The Innu Nation, a group that includes all nine Innu communities in Quebec, said in a statement on Tuesday that the 200-megawatt Apuiat wind project is its "first national project." It is the final piece in Hydro-Québec's commitment to increasing renewable energy capacity in the province by 4000 megawatts between 2006 and 2015.

At a news conference last weekend in Shawinigan, CAQ leader François Legault said he would not approve the project, unveiled by the Quebec Liberals in late 2015. Legault's comments came after Hydro-Québec CEO Éric Martel wrote a letter dated August 6 to Innu leaders — later leaked to the Journal de Montreal — claiming the project would cause the Crown corporation to absorb losses of up to $2 billion.

Legault's party is currently the third largest group in Quebec's National Assembly, behind the governing Liberals and the Opposition Parti Québécois. But Legault's populist message ahead of a campaign that is slated to start on Aug. 23, has propelled his CAQ party into the lead in recent polls.

Liberals and Péquistes have ruled over Quebec for the past half century, but most political observers believe that Legault, a millionaire business executive and co-founder of Air Transat who later became a PQ cabinet minister under the governments of former premiers Lucien Bouchard and Bernard Landry, is in the driver's seat for the Oct. 1 general election.

The left-leaning Québec Solidaire has been trailing the other three parties in fourth place.

If he's elected and carries out his plans to cancel the Apuiat project, Legault would be borrowing a page from Ontario Premier Doug Ford, who cancelled a multimillion dollar wind project and hundreds of other green energy deals, within days of forming a new government in June.

Innu leaders in northern Quebec have been pushing for the development of the $600 million Apuiat wind farm for three years. In a statement released on Tuesday, the chiefs criticized the recent politicization of the project and said Martel’s figures were unclear.

They said they are working to make the project economic with “no impact on customers’ bills” — and added that the project will have “major economic spinoffs” for local Innu communities.

Over 50 turbines were planned in partnership with renewable energy firm Boralex on the traditional territories of the Innu Nation of Uashat mak Mani-utenam. Their construction is estimated to generate 400 local jobs.

Picard told National Observer that he was concerned about Legault's plans for Apuiat.

“First Nations have to be involved and can’t be removed from the overall economy of Quebec. All this development is happening on their traditional territories," he said.

“We have managed to finally be included in a major energy plan within Quebec and it’s been on the table since 2015. So why are these concerns coming up now?”

Picard added that Legault’s comments also foreshadow what might come next from a potential CAQ government.

Meanwhile, the Liberals have doubled down on their support for the Apuiat wind farm. Premier Philippe Couillard told the party’s youth wing on Saturday that its development was “essential,” not least to ensure a future for other energy projects in northern Quebec and in Innu territory.

Couillard’s statement echoes the position AFNQL has held for at least ten years, said Picard. “If the government wants to keep pushing the vast area of [northern Quebec] as a target for development, First Nations need to be on side,” said Picard. “We are not against development, but it needs to happen in a way where we find comfort in it, where we can get benefits in it, and we have to be part of the design of it.”

Yesterday, PQ leader Jean-François Lisée told reporters in Montreal that it would be a "good thing" if the collaborative project worked out – and that his party would "look at the costs first, and then take a position." He called Legault's tactics "excessively alarmist," and said that his rival should "have more respect for the negotiation process and the communities involved before pulling the plug without more precise information."

Negotiations are underway this week between Hydro-Québec, Innu leaders and other stakeholders over the future of the wind farm. In a statement released Monday, Martel said that the Crown corporation aims to pursue a solution that is “unifying and constructive.”

Wonderful. Right wing parties, financed most likely be we all know who, are mobilizing the uninformed to cancel renewable energy projects that might give us a chance against rapid climate change.

Perhaps its time to talk about the Dark Money in this country that puts continued fossil fuel burning ahead of transitioning to clean energy. There is going to be a terrible price to pay if we let the trumpeteers steer our future.

Have the CAQ given a reason

Have the CAQ given a reason for this pledge?