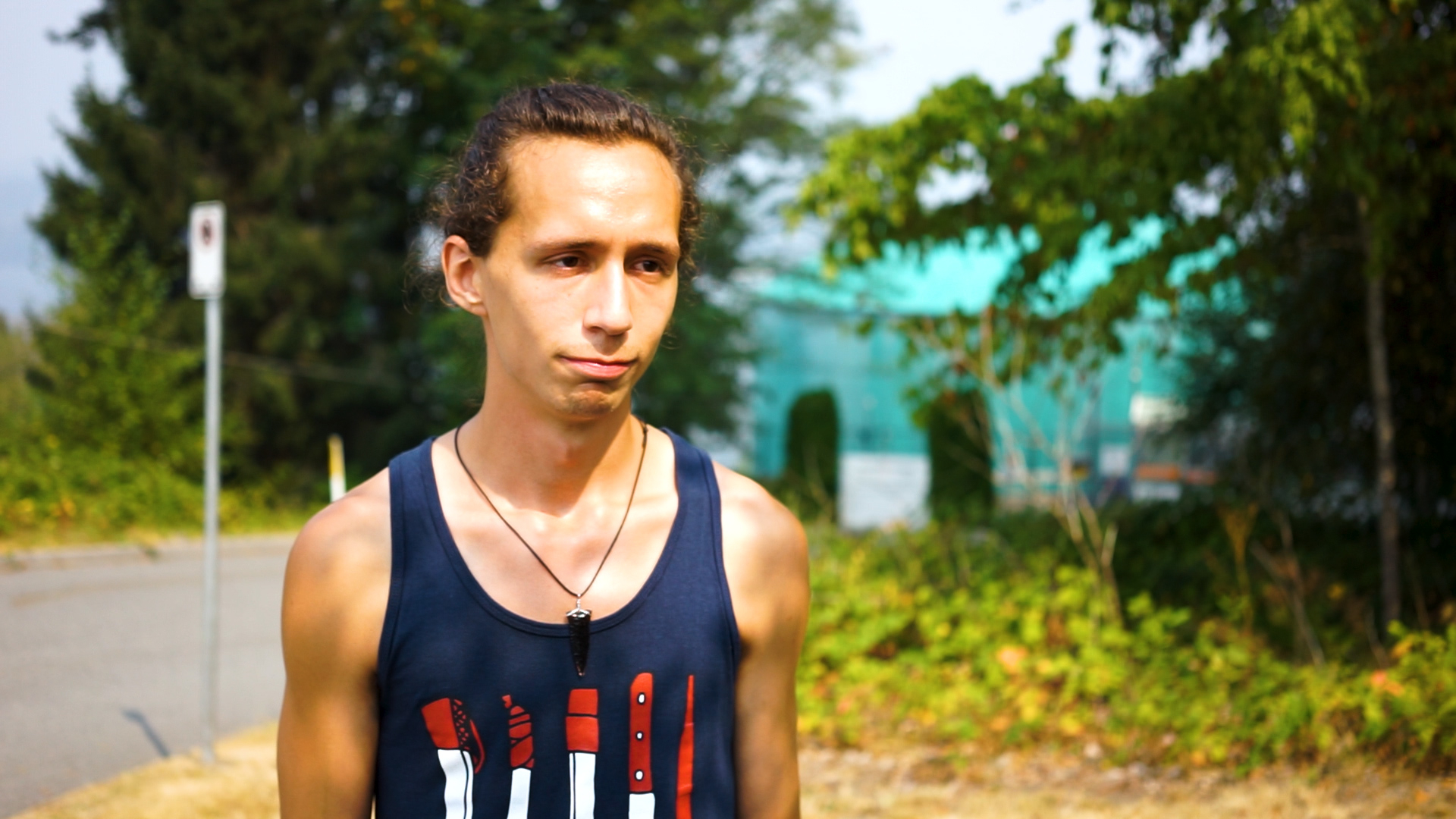 Tawahum Bige is one of four arrested at the Kinder Morgan Westridge Marine Terminal on August 14, 2018. Photo by Michael Ruffolo
Previous story
Next story

Around 50 gathered at the terminal to protest the Texas energy giant's controversial $9.3 billion project, which the federal government has agreed to purchase in order to assure its completion. If built, Trans Mountain would triple the capacity of an existing pipeline to ship up to 890,000 barrels per day of heavy oil from Alberta to the west coast through a slightly modified route. Proponents say the project will bring jobs and economic growth to Alberta and B.C., while critics say it will push Canada's climate goals out of reach.

Twenty-five-year-old Tawahum Bige, who was among the four arrested, said he wanted to send Ottawa a message about protecting B.C.'s coastal waters from oil spills.

“The consequences for not doing this far outweigh a few days in jail when we’re talking about seven of seven next generations not having clean water,” Bige told National Observer.

In addition to concerns around climate change, critics say the project will increase risks of an oil spill due to increasing tanker traffic through the Burrard Inlet. ​On Monday, a tugboat capsized and sank in the Fraser River between Vancouver and Richmond, spilling as much as 20,000 litres into nearby water.

This morning’s demonstration was led by youth activists, and comes two weeks after members of the Prime Minister's Youth Council delivered a letter to Prime Minister Trudeau urging him to stop his takeover of the pipeline expansion.

Three of the four people arrested in Burnaby had agreed beforehand to violate the court-ordered injunction around Kinder Morgan's property. One elderly woman decided at the last minute to join the demonstration and risk arrest.

Later in the afternoon, around 20 the protesters went to the Supreme Court of British Columbia in Vancouver to support a 17-year-old minor, who cannot be identified due to a publication ban. He was arrested in March for crossing the injunction line at the Trans Mountain pipeline expansion site. Protesters say he should be treated as a minor, rather than being made to defend himself in the same courtroom as adults.

Errol Povah, who was at the Supreme Court to support the youth, said he doesn’t believe B.C. Supreme Court Justice Kenneth Affleck, who is presiding over cases involving Trans Mountain pipeline protests, will treat the teenager fairly.

National Observer has contacted Kinder Morgan for comment, but the company did not immediately respond in time for publication.

And yet again. a huge thank

And yet again. a huge thank you to these 4 courageous land protectors and water defenders! The more corporate captured "Justice" Affleck ups the ante, the more we will double down on the fight against Trudeau's insane pipe dream. It will never be built!

A deeply heartfelt THANK YOU

A deeply heartfelt THANK YOU to these brave water protectors. Shame on Judge Affleck for being in the pockets of the most despicable of corporate greed!! British Columbians will not stop fighting this corruption!!