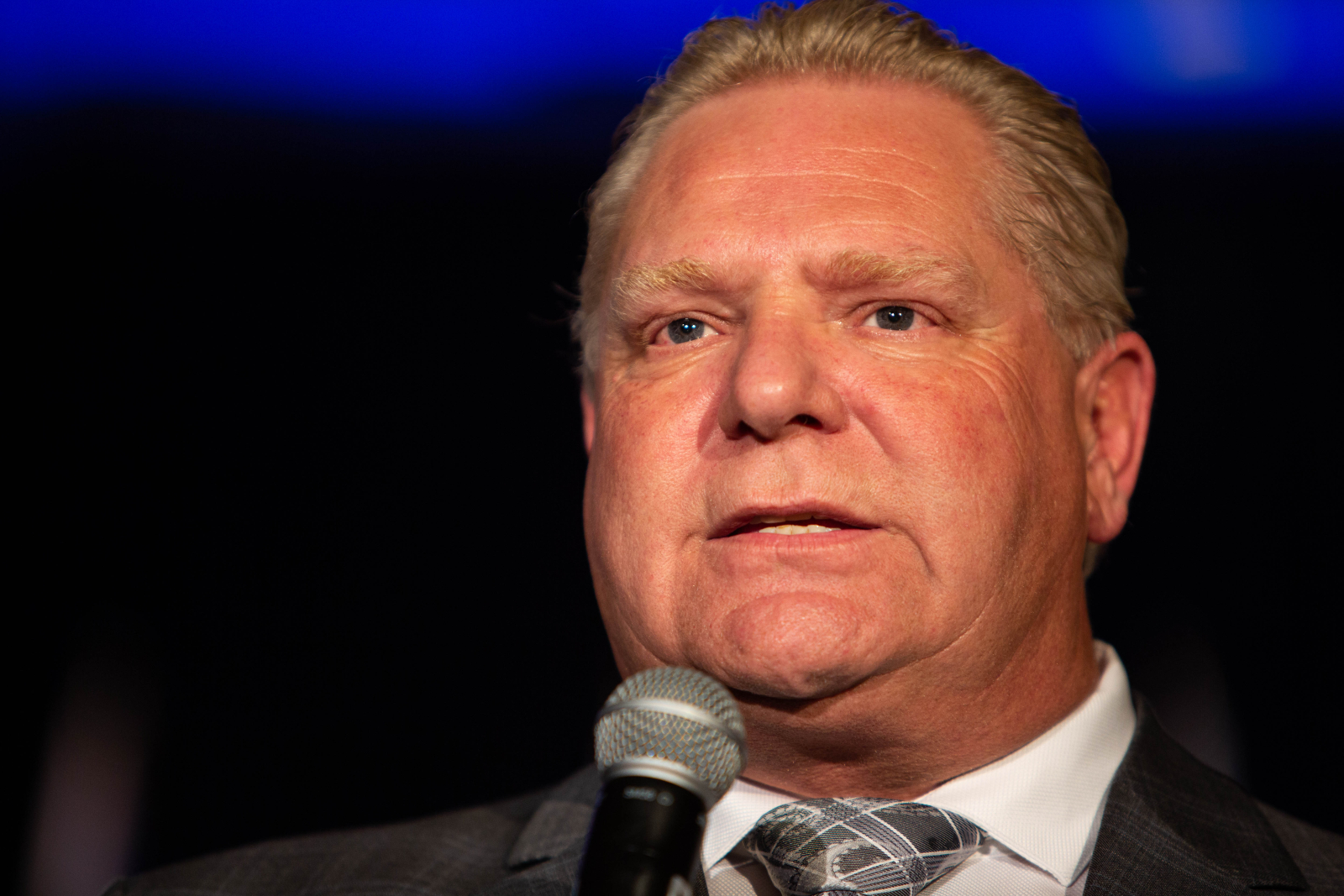 Premier Doug Ford says his Progressive Conservative government has completed its promised overhaul of the management at Ontario's largest utility company, Hydro One, ejecting all members of its board of directors.

The company, partially privatized in 2015 by the former Wynne government, was a key target of Ford during the last election campaign that brought him to power in June, as he criticized rising electricity rates and high salaries of Hydro One executives.

“A new day has dawned at Hydro One,” Ford told reporters at a press conference, accompanied by the province's energy minister, Greg Rickford on Wednesday. “The Hydro One CEO is gone, he's done. And as of yesterday, so is the old Hydro One board."

Ford said that newly-adopted legislation would now regulate the pay of Hydro One board members and require cabinet approval for any changes.

First announced on July 11, the Hydro One Accountability Act will also require the electricity provider to publish salary information online each year.

Ford and Rickford didn't indicate if they had additional policy initiatives intended to address other factors that have been linked to Ontario's rising energy costs, such as the state of its infrastructure, maintenance costs on aging nuclear facilities as well as the ongoing recovery from the province's historic dependence on coal-fired power plants which were all shut down by the previous Liberal government.

Premier Doug Ford announcing provisions of Hydro Accountability Act, 2018. They include: 1) Hydro One must publish on its website any proposed changes to its compensation framework at least 30 days prior to date of sought approval #onpoli pic.twitter.com/32tNaf64X1

The former Hydro One CEO, Mayo Schmidt, resigned last month having made an arrangement with Ford that he would not receive the $10.7 million severance his contract entitles him to, instead taking a $400,000 package, Ford said. His pension and stock options could still yield him millions of dollars.

The premier told reporters that there are “not going to be any more backroom deals” regarding compensation packages. “Those days are done.”

"We are sending a clear message to the entire energy sector," says energy minister Greg Rickford as he and Premier Doug Ford announce changes to Hydro One's board, via @NatObserver #onpoli

Following Ford’s speech, Rickford announced three of his own nominees for the new board, which include Cherie Brant, who has expertise in Indigenous law and commercial real estate; Blair Cowper-Smith, formerly chief corporate affairs officer of Ontario Municipal Employees Retirement System; and Russel Robertson, who previously worked as the executive vice president and head of anti-money laundering at BMO Financial Group.

Thomas D. Woods, whose appointment was unveiled last month, will be Hydro One’s interim board chair. He currently serves on the board of the Bank of America Corporation.

NDP Energy Critic @Peter_Tabuns released the following statement in response to Doug Ford’s appointments to the Hydro One Board of Directors.#onpoli #hydroone pic.twitter.com/Q2bCV3T7lo

“We are sending a clear message to the entire energy sector,” said Rickford, that “at our government, respect for our people, respect for the ratepayers comes first.”

It's good to see someone