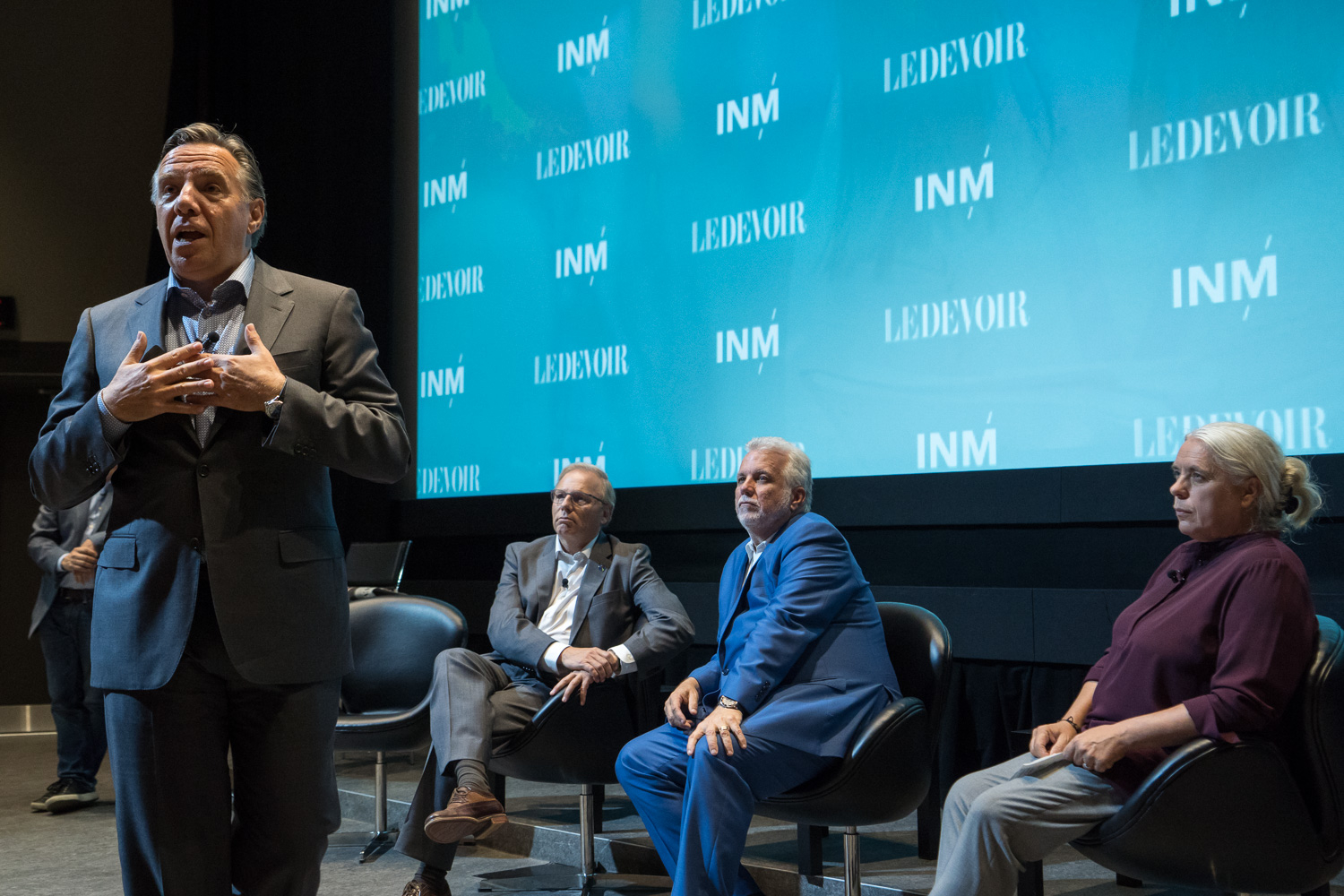 The man favoured to win Quebec's next election found himself on the receiving end of some boos and whistles over his comments about immigrants during a lively Friday night political discussion at Concordia University.

François Legault, leader of the right-leaning Coalition Avenir Québec party, provoked the reaction after outlining one of his promises to require immigrants to pass a French test within three years of arrival in order to not "find themselves in an illegal situation."

Legault’s comments came during an event, billed as a “dialogue with youth,” at the Montreal university. Representatives of all four major parties were there to take questions that had been sent in advance from Quebecers between the ages of 18 and 35.

Couillard rejected Legault’s approach. “The best way to integrate an immigrant person into our society, it’s not to push them away for six months and put them in a class, but it is to put them in a work environment, with Quebecers, who are going to welcome them and help them learn French,” he said.

Couillard also made a point of noting his commitment to Canada with a party that is "unambiguously federalist," saying he was "proud to be Canadian" and that "being a Quebecer is my way of being a proud Canadian."

His remarks drew some applause, possibly comforting the premier who was the only one to be booed when he arrived on stage at the beginning of the event.

Couillard's Liberals have been trailing the CAQ in recent public opinion polls but are ahead of the Parti Québécois and the left-leaning Québec solidaire.

Both the PQ and QS support an independent Quebec, while Legault a former PQ cabinet minister, has previously supported achieving sovereignty for the province through a referendum.

In his opening remarks, the Parti Québécois’ Jean-François Lisée styled the PQ as “the party of youth,” given it has a mandate to create the world’s youngest country in the world.

The event proceeded with 20 questions that were randomly chosen and then randomly assigned to one of the speakers on the stage. Lisée discussed blockchain calling it “the future of the securing the internet, and Quebec needs to be part of that” ­­— and Couillard outlined his party’s commitment to improving mental health support services for secondary and university students. Massé confirmed her party plans to pursue electoral reform in order to make votes "more equal to one another."

In their closing remarks, leaders appealed to young Quebecers to get involved in politics, with Couillard pointing to President Donald Trump’s current war on the press in the United States as evidence of the fragility and importance of democracy. “Every vote counts,” he said.

The Institut du Nouveau Monde (INM), a non-profit group that encourages citizens to engage in democracy, organized the event to motivate more young voters to cast their ballots on October 1. The front section of the auditorium was filled with participants from the INM’s école d’été, a three day “citizenship school” held in Montreal for young adults.

There are over eight million people living in Quebec. Over 1.8 million of them are between the ages of 18 and 35, but many of them are unlikely to vote. In the youngest age group of 18 to 24 year olds, there was a 56 per cent voter turnout rate in Quebec's last general election in 2014.