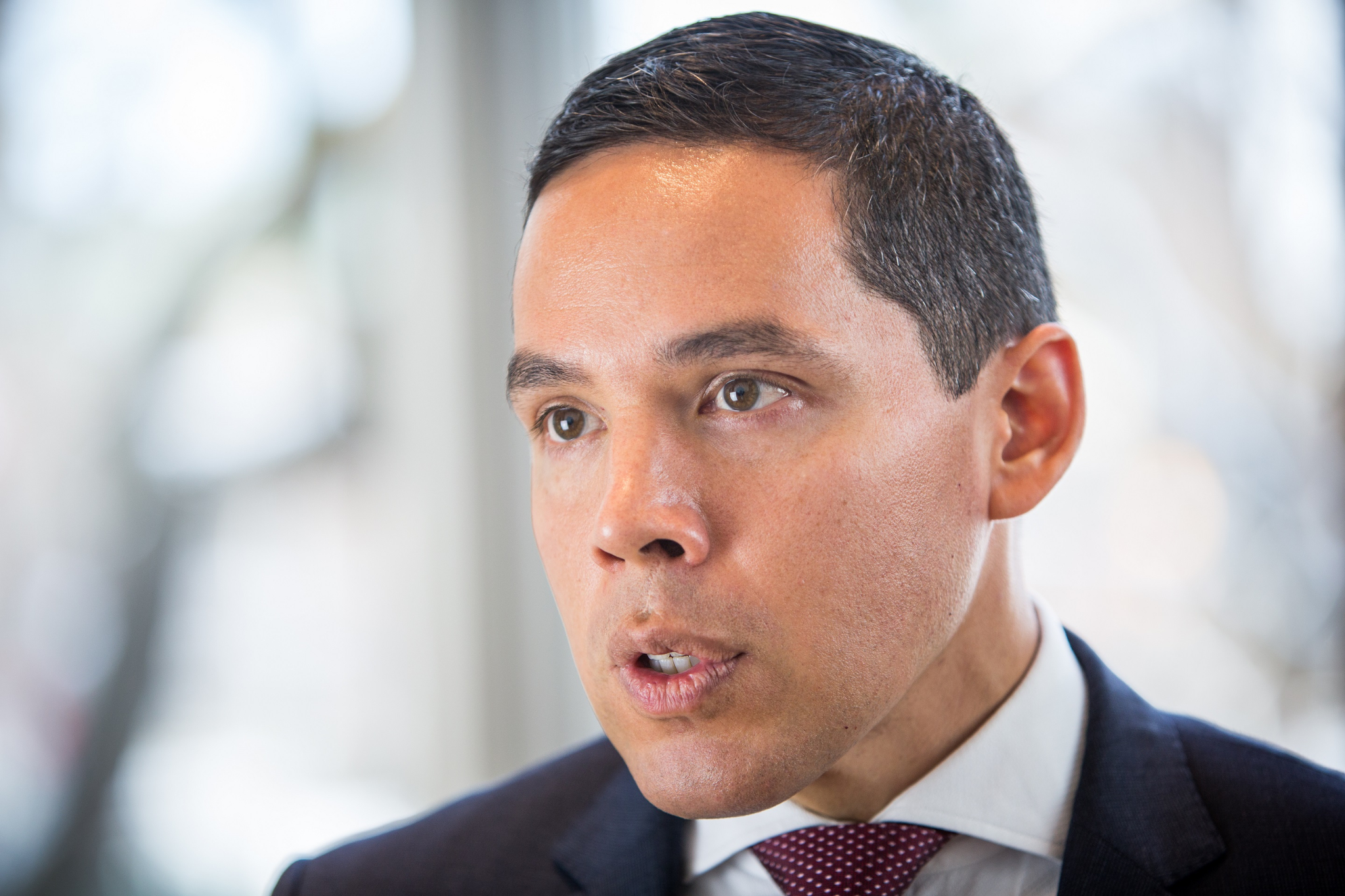 Natan Obed has been re-elected as the president of Inuit Tapiriit Kanatami, the national Inuit organization in Canada.

After first being elected in 2015 for a three-year term, Obed was handed another three-year term by the 13 eligible voters from the four Inuit regions of Nunavut, Nunavik, Nunatsiavut and the Inuvialuit Settlement Region — collectively known as Inuit Nunangat — as well as Inuit Circumpolar Council Canada.

“I aspire to do this job because I want to help Inuit in the greatest way that I possibly can," Obed said during his speech running for the leadership. "I also believe I have a skill set that’s uniquely suited for this role."

"I look forward to continuing to collaborate with Inuit Tapiriit Kanatami to bring about positive change in the lives of Inuit in Canada," the minister said, "and to advance our mutual commitment to a renewed Inuit-Crown relationship based on the recognition of rights, respect, cooperation and partnership."

The candidates all spoke before the vote took place and took questions. Obed was asked what might happen to the Inuit relationship with the federal government, if the Liberals lose power after the 2019 election.

Prime Minister Justin Trudeau has made a renewed relationship with Indigenous peoples a key element of his agenda. During this summer's cabinet shuffle, he chose to keep Bennett in place.

He said that declaration and the relationship it formalized shouldn't be seen as partisan. “It is not our understanding that this is a renewed relationship with any particular party,” he said.

“No matter who the prime minister is and what party is in power within the federal system," he expected that structure to remain.

During his remarks, Obed pointed to ITK's accomplishments during his time in office: creating and pursuing a strategic plan for the organization, putting out a tuberculosis strategy and a suicide prevention strategy, establishing climate change priorities, and pushing to implement the UN Declaration on the Rights of Indigenous Peoples.

He said he has also learned from Inuit elders to speak from experience.

“Inuit society is always growing and always evolving," he said. “We are grounded by what we know and what we’ve experienced...we can tell the truth and we can talk about issues through that lens."

Obed said he has tried to be respectful of the realities he has heard from Inuit, "in a way that I then speak about the Inuit reality in Canada."

News also emerged Wednesday that the Trudeau government has been in talks with Indigenous organizations to create a holiday, to remember the horror that unfolded in Canada’s residential school system.

A private member's bill introduced by NDP MP Georgina Jolibois, that proposes June 21, National Indigenous Peoples Day, to be a statutory holiday like Christmas Day and New Year’s Day, has the government's backing.

AFN's Bellegarde said First Nations support a national day to "recognize the tragic and painful legacy of residential schools" and respect and remember the "too many children taken from their homes and families," while also honouring survivors and their families.

"The residential schools era is indeed a dark chapter, and we must never forget," he said in a statement.

Not everyone is a fan, however.

Conservative MP Maxime Bernier, who has recently been criticizing Trudeau for promoting what he calls "extreme multiculturalism," took to Twitter again to slam the idea.

"Why not celebrate instead the heritage and renewal of aboriginal cultures? That would unite us in positive way," he wrote on Twitter, linking to a story about the stat holiday.

"Cult of victimhood and obsession with past wrongs instead of focus on the progress made and to come are another sick characteristic of extreme PC (political correctness) and multiculturalism."

Conservative Leader Andrew Scheer has distanced himself and his party from Bernier's remarks, saying Bernier is "speaking for himself" and not the party.

Editor's note: This story was updated at 2:50 p.m. ET on Aug. 16 to include additional information as well as comments from Obed and photos.