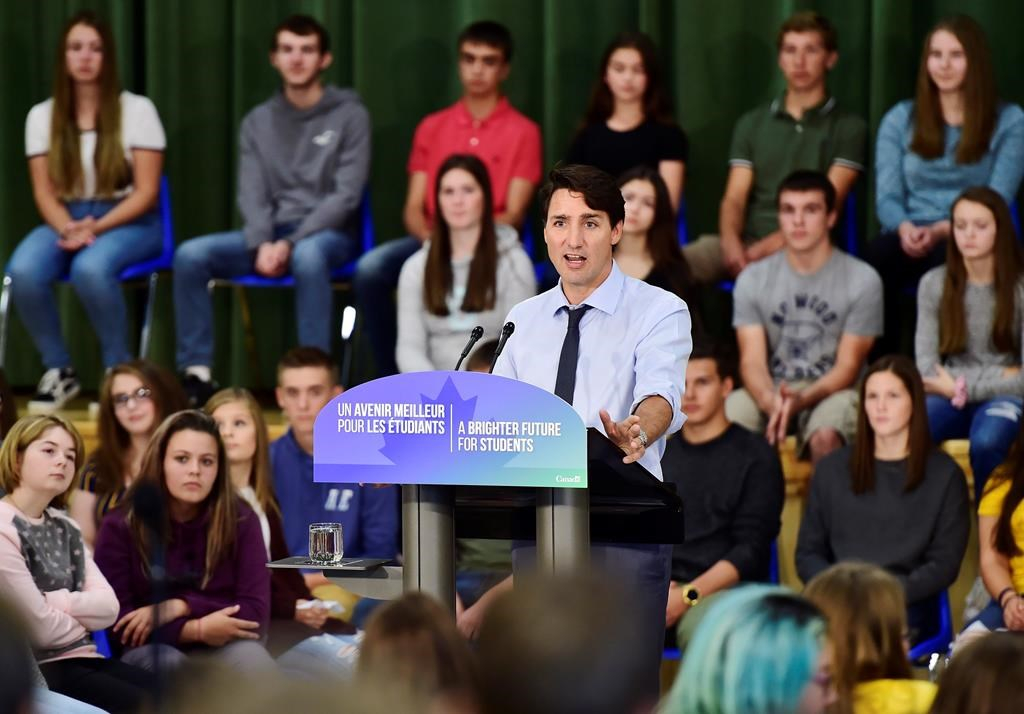 On Wednesday, Prime Minister Justin Trudeau painstakingly explained to students in Kapuskasing, Ont., how the Trans Mountain pipeline expansion project is a central pillar of his government's agenda.

Less than 24 hours later, the Federal Court of Appeal quashed the government's approval of the project, imperilling the pillar holding up Trudeau's signature promise to tackle climate change by balancing economic growth and environmental protection.

Moreover, it underscored a gap between rhetoric and action when it comes to Trudeau's oft-stated vow to make reconciliation with Indigenous Peoples his top priority.

The court found that the National Energy Board's environmental assessment of the project was fatally flawed because it ignored the potential impact of increased tanker traffic off British Columbia's coast. It also ruled that the federal government had not fulfilled its duty to meaningfully consult with affected Indigenous groups.

"For over a year and a half, Canadians have waited for Trudeau to come up with a concrete plan to ensure this pipeline project is completed," said Conservative Leader Andrew Scheer.

"Instead, he offered one delay after another, and the ruling today shows that he couldn't even carry out his own government's consultation process. He has now left Canadian taxpayers on the hook for a pipeline that he isn't allowed to build, jeopardizing jobs and investment at the same time as our economy faces the uncertainty of NAFTA re-negotiations, tax hikes, and Liberal deficits."

Finance Minister Bill Morneau insisted the government is still "absolutely committed" to completing the $4.5-billion purchase of the project from Kinder Morgan — as early as Friday — and ensuring that the expansion is eventually built to carry Alberta's oilsands bitumen to tidewater.

He did not rule out appealing the court ruling. But he appeared inclined to accept the court's suggested remedy: order the energy board to redo its environmental assessment and redo the government's own consultations with Indigenous Peoples, both of which the court said could be tightly focused and completed relatively quickly.

"We're going to review today's decision to ensure that we're meeting high standards when it comes to both protecting the environment and meeting our obligations to consult with Indigenous Peoples," Morneau said, adding that the court has "given us some good directions on next steps."

At a minimum, however, that would mean more delay and increased uncertainty about whether the project will ever actually be built.

"They just don't know what they're doing. They have no idea how they're actually going to get this project built," said Scheer.

Canadian Chamber of Commerce president Perrin Beatty said the ruling "sends a profoundly negative message to investors both here at home and around the world about Canada's regulatory system and our ability to get things done even after the federal government has declared them to be in the national interest."

NDP Leader Jagmeet Singh, Green Party Leader Elizabeth May and a host of environmental and aboriginal groups all called on the federal government to admit defeat and cancel the project.

"Climate leaders don't buy or expand pipelines," said Singh, adding that the government should "consider all legal options" to cancel the purchase of Trans Mountain.

But the Trudeau Liberals have staked far too much on the project to "cut their losses and walk away" from it, as May suggested they should do.

Trudeau himself laid out for students Wednesday how the pipeline is a crucial piece of his government's climate change and economic growth puzzle.

"We understand that climate change is real, it's a major issue for us," he said.

He said an "essential" element of the plan to reduce carbon emissions was Alberta's commitment to cap emissions from the oilsands. In return, the federal government has committed to piping Alberta's oilsands bitumen to British Columbia's coast, where it can be shipped to overseas markets.

"Some people are wondering why we're building a new pipeline if we're really serious about dealing with climate change," Trudeau acknowledged.

He argued that it will take years to transition off fossil fuels and, in the meantime, the world will still need oil and Canada will need to generate the wealth needed to fund the transition to a low-carbon economy. The Trans Mountain pipeline would, he said, allow Canada to sell its resources to Asian countries at a better price, rather than continue to be "held hostage" to the American market.

Protecting the environment and growing the economy must "go hand in hand," he stressed, adding that this "is the type of compromise that we need."

Back in 2013, shortly after he was first elected Liberal leader, Trudeau headed to the Calgary Petroleum Club, where he accused Stephen Harper's Conservative government of needlessly antagonizing environmentalists and First Nations with an unabashedly pro-energy industry stance that resulted in no new major pipelines being built. He vowed that a Liberal government would gain the "social license" necessary to build pipelines by working in partnership with environmental and Indigenous groups.

On Thursday, Morneau said his government inherited a flawed environmental review process from the Harper government and "made efforts to improve it."

The court, however, found those improvements, in practice, fell far short of what's required.

"We see now that they failed to even do the basic, the basic work in hitting their own standards for the consultation process," said Scheer.

I wonder how many of those

I wonder how many of those young listeners in Trudeau's audience believe anything he says? They were burned on his Paris Climate Summit. I'm thinking they'll think twice before voting for him again.

It is becoming more and more

It is becoming more and more difficult for governments to pretend that they are working in our interest. Their decision making, and regulatory processes are all fixed, but unless you witness this first hand, you would never know by reading the corporate media. Climate scientists are telling us that their predictions were overly conservative, and that the consequences of our activities are causing destruction to happen at a much faster rate. Where are the plans for the destruction already caused? There were insufficient resources to deal with the wild fires in BC this summer and last. So permitting projects that will cause more damage is insane.