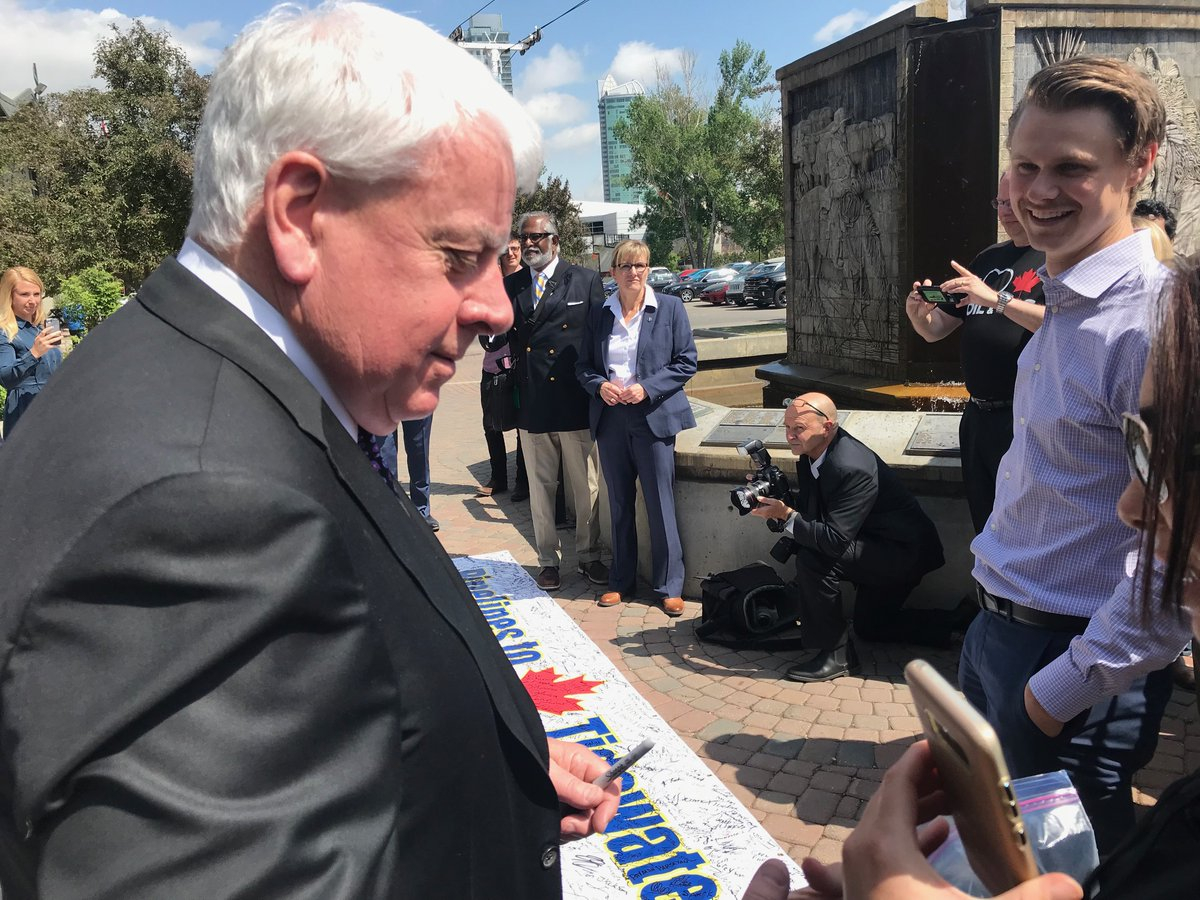 When I wrote to Justin Trudeau on October 25, 2015—almost three years ago—I warned him that it was critical to implement his promise to redo Trans Mountain’s review and fix the industry-captured National Energy Board as soon as possible.

As a qualified intervenor and an active participant in the Trans Mountain Expansion Project review, I witnessed first hand how the Board’s biased scope of issues were dangerously steering its recommendation to ‘yes’ without due process. Suspension of the flawed hearing would ensure “no further waste of time and resources by any of the parties involved and will provide the assurance that a credible process will be applied to Trans Mountain’s application.”

Prime Minister Trudeau had permission to redo the review and he squandered it. His broken promise and litany of fraudulent excuses that followed have not only failed all of us—whether we are against or in favour of the pipeline—he has miserably betrayed himself.

The prime minister participated in the disintegration of his integrity by adopting an elaborate fiction about the economic benefits of the project and it being in the public interest; about having undertaken proper consultation with First Nations and ensuring marine tanker traffic is safe; about it being a commercially viable infrastructure project and the $4.5 billion purchase price a good deal for Canadian taxpayers.

Forcing Trans Mountain's expansion on Canada has been nothing but financial, economic and social cost to the Canadian economy and taxpayers, not to mention the cost and burden to First Nations.

With the purchase deal done, more than $4.2 billion of funds will have been siphoned to Houston-based Kinder Morgan Inc. The U.S. parent received net proceeds from the Initial Public Offering when Kinder Morgan Canada Limited was taken public and will receive 70 per cent of the net proceeds from the $4.5 billion federal purchase. Trans Mountain’s expansion has been nothing but a drain on many Canadians.

Finance Minister Bill Morneau’s press conference held shortly after the Federal Court of Appeal decision shows us Ottawa is incapable of learning anything. Morneau continues Ottawa’s deception about Trans Mountain’s expansion. He spouts platitudes about the need to diversify markets and obtain a better price. Big oil has little intention to diversify away from U.S. markets and prices in Asia are not higher. He ignores the fact that come January 1, 2020, the International Maritime Organization (IMO) will introduce low-sulphur content rules that effectively pulls the market out from under heavy oil by more than three million barrels a day.

Estimates vary as to the exact impact on the light/heavy price differential, but the natural discount for Alberta’s tar sands crude as compared to the North American benchmark West Texas Intermediate (WTI) will move to around $35US a barrel. Trans Mountain’s expansion will not, and cannot, deliver any economic benefit to Canada under the impending new market reality. There are currently no markets in Asia for Alberta’s heavy oil and whatever offshore markets might have been expected to be developed before IMO regulations were announced, have dried up. This is because the world is getting wise to the greenhouse gas impact of this low quality crude, even if Trudeau refuses to.

Morneau, for his part, needs to get his head out of the tarsands and face business and market facts.

"I witnessed first hand how the NEB’s biased scope of issues were dangerously steering its recommendation to ‘yes’ without due process," writes @RobynAllan #TransMountain #KinderMorgan

The 13 shippers who signed onto Trans Mountain’s expansion agreed to a National Energy Board (NEB) certificate budget of $7.4 billion estimated in late 2016, but the certificate no longer exists, ergo neither does their commitment to proceed with the project. Ottawa is going to have to come up with a new budget if they succeed in getting another certificate, which — even under a rosy scenario — is a good two years away. By that time, the capital cost of the expansion project could exceed $12 billion since there are costs for halting construction, carrying the project in limbo, not to mention the practical realities of developing an actual construction budget as compared to the less rigorous planning budget that now exists.

Good luck getting big oil to agree to pay these capital costs, particularly under the looming prospect of declining world demand for heavy oil and its impact on price. Just like Kinder Morgan, they will head to Ottawa, cap in hand, for subsidies which Trudeau will agree to and then try to spin as somehow in the public interest. Canadians are through being spun.

As if the project’s obvious lack of commercial viability as an unexpected by-product of the Court quashing the certificate is not enough, the Court’s decision to ensure meaningful consultation with First Nations has brought with it a very encouraging and much-needed reality check.

Even before the Government of Canada becomes the NEB’s next applicant under Section 52 of the NEB Act, Ottawa will not be able to avoid in its deliberations with First Nations the obvious elephant in the smoke filled room—climate change.

Canadians owe a huge debt to the Tsleil-Wauthuth et al. Everything that should have been considered under due process years ago is now back on the table—from commercial viability, project need, environmental impact and adequate consultation. What’s more, legal recognition that our regulatory and electoral institutions have fundamentally failed us means we can fix them before they take down more of what makes us a decent society.

It would appear that from its

It would appear that from its inception, and true to its ENRON inspired roots - the Kinder Morgan pipeline project has been nothing moe than a stock promotion scam from beginning to end and even if KM had been able to complete the project they would have continued to scam their project "partners", poor dupes, as well as their shareholders. KM has pulled off a classic, "capitalist" caper with the collusion of the oil dependent provincial and federal governments.

Robyn Allan has done sterling service in brining real facts and analysis to bear on the whole range of resource boon-doggles which litter the BC political landscape. Long may she continue to do so.

Thank-you for your articulate

Thank-you for your articulate and erudite summary of Trudeau’s and Morneau’s corporate collusion is now in the category of legendary. Robyn’s article should be printed in Op-eds throughout our country. The extent of the syncophatic relationship between the political class and the Canadian Petroleum Association, from the capture of the NEB to the financial magical thinking of the pipeline promoters has reached another pinnacle of post-truth jabberwocky.
Neil

Thank you, Robyn Allan, for

Thank you, Robyn Allan, for working so hard and speaking out so stubbornly over the past few years to inform us about the Trans Mountain pipeline. I don't think anyone else has addressed the economics of the project in such a clear, comprehensive, and honest way. You're a great asset to British Columbia and Canada, even if some don't appreciate it at the moment.

Thanks Robyn Allan and The

Thanks Robyn Allan and The National Observer for presenting the true reality behind the Political BS and helping layman like myself understand what’s really going on.
Tom Mitchell

I depend on Robyn Allan's

I depend on Robyn Allan's analysis as much as anyone, but could she tell me where in the Federal Court decision the pipeline's commercial viability is questioned? Or where it says that climate change has been insufficiently considered?
The Court found two faults and two faults only: on the NEB's scope re Orcas, and on meaningful consultations with First Nations.
If you're against this pipeline (as I am), this decision is no help, except in the hope of what delay can bring.
Imagine the Liberals losing the next election, having lost credibility on so many fronts. Don't count on the Conservatives to stop it.