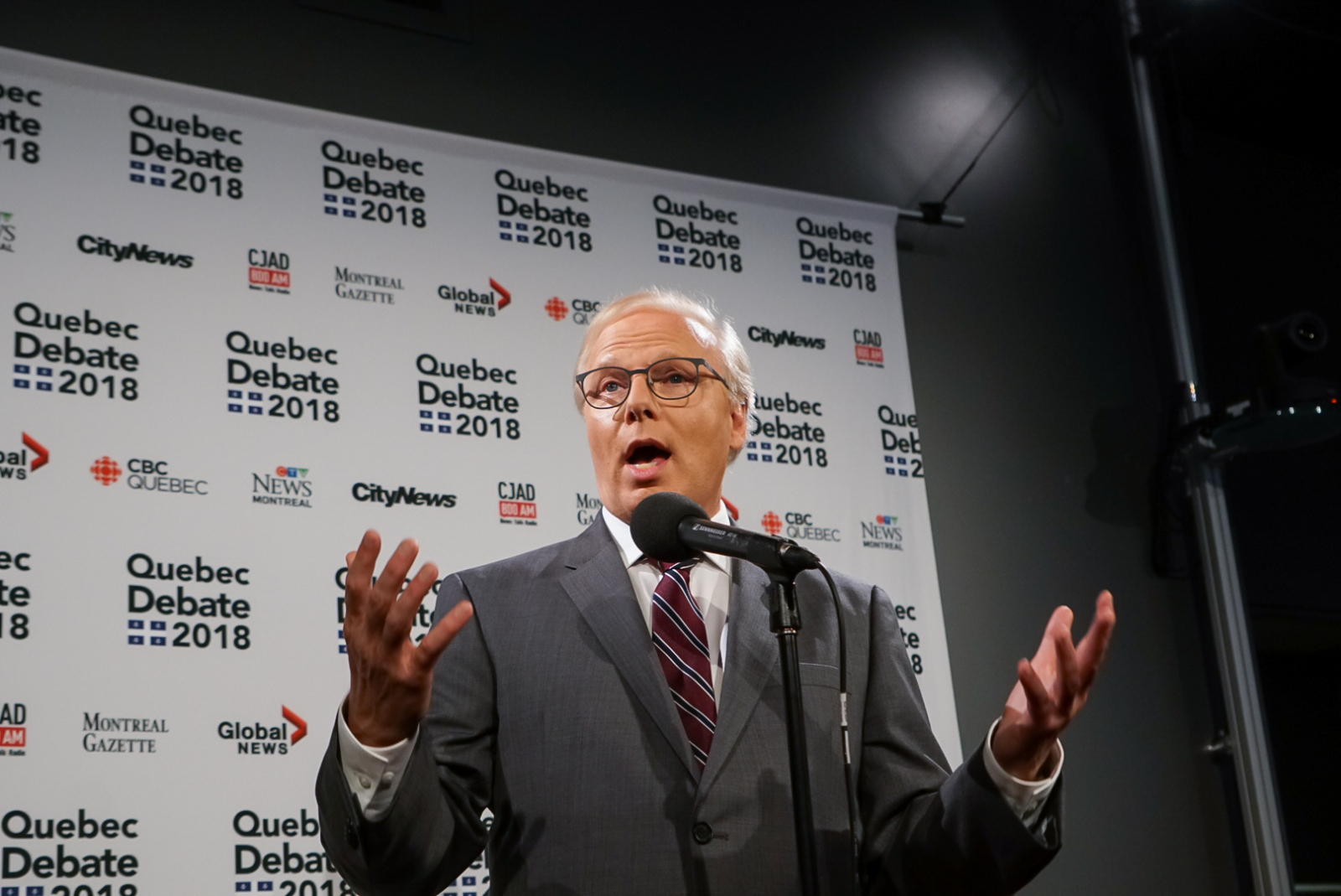 The motion, which was unanimously adopted in the Quebec legislature last year, urged all restaurant and store staffers to greet customers with "Bonjour" instead of the widely-used "Bonjour-hi." It dominated the news cycle and outraged many English-speaking Quebecers, many of whom traditionally vote for Couillard's party, the Liberals.

In an English-language debate in Montreal on Monday, Couillard said, "the incident happened, it's behind us, let's move forward."

Lisée said that Couillard was "trying to have it both ways" in calling the matter an "incident."

“Mr. Couillard is ashamed,” said Lisée in a media scrum following the debate. “The PQ says the same thing in English and in French; the Liberals are hypocrites.

Weighing in on the subject, Coalition Avenir Québec Leader François Legault said people are free to choose the word they like, but that he supported the controversial motion because it was a “symbol to show that Quebec is different from the rest of North America.”

An evening of electoral firsts

The event was Quebec's first ever televised English language leadership debate, and the second among three being held before the province goes to the polls on Oct. 1.

On top of the themes covered in the last debate – environment, economy, health, education and identity and immigration – the last part of the evening was dedicated to each party’s proposals for relations with English-speaking Quebecers.

In a rare moment of consensus, all four party leaders agreed to maintain the Secretariat of anglophone affairs created by the Liberals in November last year. In the media scrum, however, Legault said that while he agreed with the group’s objectives, he would like to reconsider “its means” without unveiling further details.

Quebec’s English-speaking community, largely based in the west half of Montreal and Outaouais, traditionally vote for the federalist Liberals. According to the latest census figures, 9.6 per cent of Quebecers’ first language is English and 19.8 per cent speak English at home at least part of the time.

For the first time ever, Quebec voters have four options this election and none are advocating for an immediate referendum on Quebec independence. Even the Parti Québécois, historically the champion for a sovereign Quebec, has said it would delay such a vote to a second mandate.

Lisée and Massé put environment at the heart of their closing arguments.

“In French or English, this is the only country we have,” said Lisée.

According to Legault, the biggest contribution Quebec can make to climate action is to “replace oil and gas plants in the U.S. with clean energy” by exporting its hydroelectric power south of the border – something his party intends to do, if elected. He flagged that the Parti Québécois and Quebec Liberal Party both invested in an emissions-heavy cement plant in Port-Daniel–Gascons in Gaspésie to win votes.

As it stands, the progressive Quebec Solidiare holds 12 per cent of Quebecers' support, the PQ has 20.1, the incumbent Liberals have 30.6, and the centre-right Coalition Avenir Quebec leads the pack with 33 per cent, according to poll analysis website, qc125.com.

While the CAQ has been leading the polls for nearly a year, its lead remains fragile and the party lost several points after the first leadership debate, when Legault came under fire for his immigration policies.

On Monday, Couillard called the CAQ’s proposal to require new arrivals take a French test after three years in Quebec or face being deported “not acceptable,” while Lisée called it “appalling.”

Legault responded by pointedly asking Couillard why Quebec currently loses 26 per cent of immigrants to other provinces.

She was also the only leader pledging to launch an investigation into systemic racism in Quebec if elected, and elaborated on her party's promise to implement strict quotas ensuring that 25 per cent of hires for the public sector are visible or ethnic minorities.

The CAQ's Legault said there “is racism in Quebec, but not systemic racism.”

The last English-language leadership debate in Quebec was broadcast over the radio in 1985 and was a two-way affair between the Liberal and Parti Québécois leaders.

Editor's note: This story was updated at 10:42 a.m. on Tuesday, Sept. 18 with additional comments from party leaders.