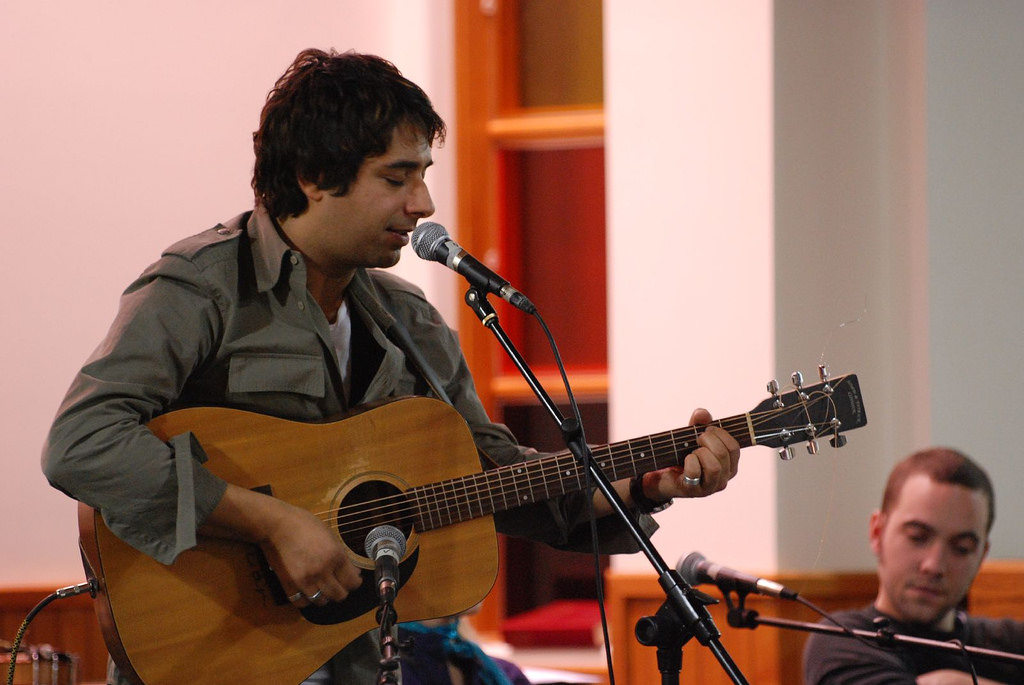 #MeToo is many things. In part, it’s a movement about storytelling.

There is power in telling a story – and being believed. These windows into the lives of women have helped us to make sense of the world in a whole new way. And they’ve given us a glimpse of just how complicated living through sexual harassment or assault can be: just as complicated as the inner lives of women writ large.

If one thing is true of the stories that make it into the public realm, though, it’s that we are hooked on redemption narratives. And men like Jian Ghomeshi know this.

Slate's interview with New York Review of Books editor Ian Buruma on his decision to publish the Ghomeshi cover story was damning. When questioned about the seriousness of allegations against Ghomeshi, which include punching women in the head, Buruma seemed to shrug off the interviewer, responding blithely: “The exact nature of his behavior—how much consent was involved—I have no idea, nor is it really my concern.”

A repugnant plea for sympathy

What’s more, Buruma noted that it was an “interesting story,” and argued that Ghomeshi presented a “fresh” perspective – even though many women have heard it all before, in different forms, throughout our lives.

Ghomeshi’s lack of remorse is typical; the excuses he deploys are common-place. From whining about being seen as a creep to expressing shock that he had “become a poster boy for men who are assholes,” his mea culpa is nothing but a charade of, “Who, Me?”

If you’re unsure whether Ghomeshi’s essay sounds all too familiar, ask any woman who has been attacked, only to have mutual friends welcome her assailant back into a shared social circle. Ask any woman who has confronted her boss about sexual harassment from a popular colleague at work and not been taking seriously.

And it’s this banality that makes Ghomeshi’s plea for sympathy so repugnant. Jian Ghomeshi represents all the men who don’t give a shit. We get it. We’ve seen it all before.

Spreading his redemption story is harmful

What's so harmful about giving oxygen to a redemption narrative? Once certain stories get embedded into the culture, they become narratives that shape the way we view our own lives and relationships. Rather than show contrition and true self-examination, Ghomeshi's story continues to perpetuate the myth that "nice guys" are incapable of violent assault – which was why the essay’s publication felt like another instance of mass gaslighting.

Our consumption of these redemption narratives is only made possible if we ignore other narratives – the same ones that were given rare visibility and social acceptance through #MeToo. For the first time, we heard about what it was like to be at the receiving end of sexual harassment and violence.

The best essays that emerged from #MeToo depicted experiences of misogyny and sexual violence to be exactly what they are: messy, circuitous, agonizing. As Moira Donegan pointed out, the irony of sexual harassment is that it causes women to “spend hours dissecting the psychology of the kind of men who do not think about [their victims’] interiority much at all.” One of the most gratifying parts of #MeToo has been the ability to finally have our side of the story told, in all the complicated layers that make women fully human, flawed and deserving of dignity too.

As long as Ghomeshi fails to see women, including his victims, as people deserving of said dignity and issue a sincere, introspective apology, he should not be welcome to return to public life. It shouldn’t be surprising that the loss of the very fame he used as a proxy for self-awareness and a device to advance his predation is the very thing that hurts him the most.

We live in a society that roots for transformation. But we need to stop rooting for men like Jian Ghomeshi — and start rooting for the women who live in the aftermath of their actions.

Thank you, Laurin. We will

Thank you, Laurin. We will continue to need powerful, articulate, timely narratives like yours for a very long time. The minimization of women’s pain and life-long suffering and the dismissal of women’s experience and voice more generally, is deeply ingrained in our misogynous culture, Thus, too many men and women alike continue to fall prey to the doubt this dominant narrative creates. I applaud and admire you for this timely reminder.

In just the past few days

In just the past few days there has been this story, the revelations about "stealthing" (removal of condoms by men in contravention of their partners' insistance on protection) and the viral posting by (of all improbable persons) a Morman wife and mother of six who lays it on the line - pregnancy occurs because of male insistance on the unfetterd experience of orgasm/ejaculation into the female vagina. This refusal of men to take responsibility for pregnancy should utterly disbar them from having any legal, moral or ethical power over a woman's right to contraception or abortion. Since men routinely refuse to use available protection, to tolerate chemical male birth control medication, or to even consider vasectomy they have proven their indifference to the entire issue of procreation. This is further proven by their catastrophic rates of abandonment, failure to pay child support, and serial sexual conquest.
All of which is the underlying basis for #MeToo and the flood of outrage directed at this hard-wired predatory sexual assault by males. From the whining incels to the Harvey Weinsteins of this world male behaviour only reinforces the idea that men and woman are fundamentally incompatible.

Female sexual education should stress all the ways in which males will prey on them, victimise them, and perpetrate physical and psychological damage on them. It is virtually impossible to alter the engrained physiology and hormonally driven sexual behaviour of the human male. The sooner they are rendered obsolete by their genetic destiny (a couple of million years?) the Earth will be better off - if it survives that long.

I am a widow, with a middle aged son whom I love, and I tried to point him toward treating his partners with kindness and respect. I offer humble apologies to those men who DO exhibit honourable and empathetic behaviour to women. They have been lost in the welling outrage against the violent and vicious behaviour currently dominating the discourse about womens' rights. Men represent slightly less than 50% of the world's population and by most measures they are genetically weaker - which may explain the male impulse to overcome this inherent weakness through the exercisse of violence in all its forms.