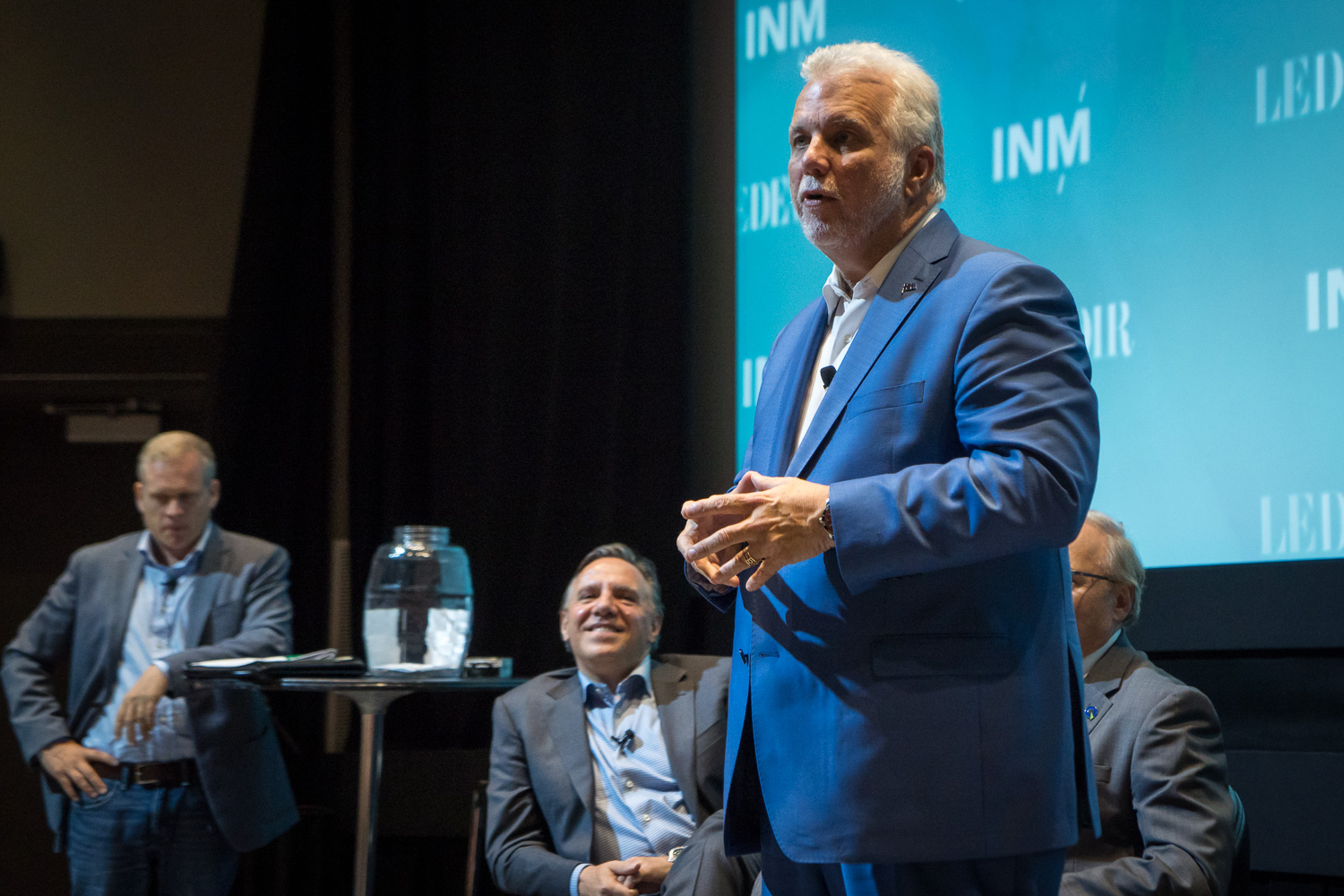 François Legault looks on as Philippe Couillard addresses the audience during an event at Concordia University in Montreal on Aug. 17, 2018. File photo by Josie Desmarais
Previous story
Next story

The report by the Green Fund's management board uncovered a lack of rigour among government departments that used it to finance projects, noting many projects did not guarantee the ultimate goal of reducing carbon emissions, the newspaper reported Thursday. The board examined 183 climate-change reduction actions, recommending that many be cancelled immediately or re-evaluated.

Legault, under heavy fire in recent days, saw an opportunity on Day 29 of the campaign to tee off on the Liberals.

"What we know is the Green Fund is $4 billion, financed by Quebecers, and it's poorly managed," said Legault, whose own environmental credentials have been called into question during the campaign. "There are departments that are drawing from the fund without assuring the projects chosen are the most optimal ones, that reduce the most greenhouse gases."

Liberal Leader Philippe Couillard didn't dispute the findings. He portrayed the document as evidence that his government's increased oversight of the troubled Green Fund is yielding results.

"We greet this report favourably and will certainly implement all of its recommendations," Couillard said.

He noted that 40 per cent of the funding goes towards improving transport, which by far accounts for the most greenhouse-gas emissions in the province.

"Can we do better? We can always do better," Couillard said. "So we'll take the report and make sure it's applied."

Sidney Ribaux, co-founder of non-profit environmental group Équiterre, said the problems with the fund were no secret.

"There's nothing that's surprising to me. What they're saying is we've been worried about this for years, and we've been asking the government to do something about it," Ribaux said.

Ribaux cited previous problems with the fund — including its use to fund a natural-gas pipeline extension. The report also noted there wasn't much follow-up on investments.

"You need to evaluate when you invest a billion dollars," Ribaux said.

Couillard said he remains confident the province will be able to reach its goal of reducing greenhouse gases 20 per cent below 1990 levels by 2020, even though the effort is going slowly.

In March, the province said it was nearly halfway to its goal.

He touted the party's public transit platform, including free transit for students and seniors.

"I think in Quebec, we're doing well, we're by far the province with lowest emissions," Couillard said. "If you look at our emissions per capita, per year, we're at the same level as Europe."