Doug Ford is being taken to court again, this time for ‘unlawfully’ scrapping Ontario’s climate policies 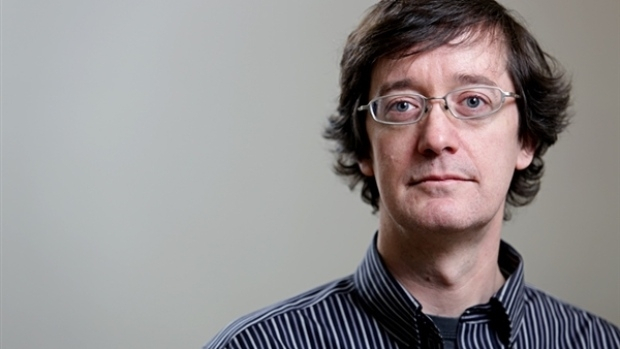 Keith Stewart of Greenpeace said the Ford government's cancellation of the cap and trade program is "rash and ill-considered." Photo courtesy of greenpeace.org
Previous story
Next story

Ontario Premier Doug Ford is facing yet another legal challenge in court, this time over his decision to put an end to the province's participation in an international carbon trading market.

Greenpeace, represented by Ecojustice, filed legal papers in Ontario Superior Court on Tuesday alleging that the premier “unlawfully” neglected to consult the people of Ontario when he tabled Bill 4, also known as the Cap and Trade Cancellation Act, to formally repeal the province’s carbon emission rules. The two environmental groups have asked the court to review the decision.

The case is one of at least eight recent legal challenges of Ford's agenda, according to a list compiled by HuffPost. The cases are related to a range of the newly-elected government's policies in education, municipal affairs, and climate change.

The new legal challenge focuses both on the bill before the legislature and on cap and trade's underlying regulations, which were immediately revoked within days after Premier Doug Ford was sworn into office on June 29. Cancelling the cap and trade program was among the first policy announcements that flew out of his office.

Cap and trade is a market-based system that sets a limit on pollution from businesses, and then allows them to buy and sell allowances to meet their targets. The system allows the market to favour the cheapest price for reducing pollution.

Up until Ford's election, Ontario was part of an international carbon trading market with Quebec and California, generating billions of dollars in revenues that were then being used to fund green initiatives and incentives.

We are scrapping the cap and trade carbon tax here in Ontario and opposing other carbon tax schemes in all of their forms. #ThroneSpeech

The groups said the Ford government's decision to withdraw from cap and trade was anti-democratic.

“The Ford government’s shock-and-awe approach to governing is not only an affront to democratic process, it is unlawful,” said Keith Stewart, senior energy strategist with Greenpeace Canada, in their statement.

“That is why we are asking the court to require the Ford government to listen to the very public it claims to represent, as well as scientists and groups like ours, before gutting the province’s legislative regime for combating climate change.”

While the legislature adjourned on Aug. 15 without passing Ford’s signature legislation, they promised to move it through when they resume later this September.

Greenpeace received confirmation on Tuesday that their lawsuit has been tentatively scheduled for an expedited hearing on Sept. 21. Overall, the environmental group says it's seeking a judicial ruling that says the ministry was wrong to not consult with the public before repealing the cap and trade program, that the bill is illegal, and that the minister be mandated to partake in consultation before the bill officially passes.

We’re arguing the Ford government’s attempt to kill the cap-and-trade program is not only undemocratic, it’s illegal.

In an emailed statement to National Observer, the Ministry of Environment, Conservation and Parks said it would not discuss a case before the courts, instead claiming that their consultation was indeed sufficient and will meet legal tests.

"Our government received a strong mandate to bring to an end, the expensive and ineffective cap-and-trade system," said ministry spokesperson Andrew Brander.

We consulted extensively with the people of Ontario during the campaign, and they spoke clearly. The legislation has been posted to the registry and we are confident that it will meet all necessary requirements as we continue to undertake a full range of consultative steps.

Ecojustice lawyer Charles Hatt said this is a “public interest lawsuit that’s seeking to have the public's rights to be consulted on environmentally significant laws and regulations vindicated.”

“We’re basically asking to put the breaks on this particular runaway train, to force them to listen to the public they claim to represent, and listen to scientists and groups like ours before basically gutting Ontario’s strategy for dealing with climate change,” Stewart told National Observer. “Look you guys have to actually prove you’ve thought about this and talked to people about it before you do something that’s rash and ill-considered.”

Bill 4 includes the requirement that Ontario Environment Minister Rod Phillips devise a new climate policy and set emissions targets. His office has yet to release a plan nor explain when the targets can be expected. The bill does not legally bind the ministry to abide by the new plan and it could be changed at any time, another reason cited in Greenpeace’s lawsuit.

“You should come up with a climate plan that’s at least as good as what you’re eliminating before knocking down the old system and destroying it,” Stewart said. “You should actually tell us what your new system is going to look like.”

In July, explains the suit, Greenpeace contacted Phillips’ office to explain the problems with the legislation, attaching a letter from the Environmental Commissioner of Ontario, Dianne Saxe, in which she said that the “Ministry ‘inappropriately’ exempted the regulation from the EBR notice and comment requirements.”

“I think it's clear that for emissions targets to be taken seriously they have to be set by law; otherwise, if it isn’t convenient to meet a target, the government just changes it,” Dianne Saxe, the environmental commissioner of Ontario, previously told National Observer. “Many times, governments like to announce targets with great fanfare. They get their picture taken and then if they’re not on track to meet them, they just change them.

“I recognize that the government believes they have a mandate to repeal cap and trade because of the election, although the Environmental Bill of Rights does not accept that as an excuse for failing to comply,” she said. “But it is extremely clear that there was no consultation of any kind as to what Ontario’s climate policy should be going forward before Bill 4 was introduced or (until) today.”

The Environmental Bill of Rights requires that Ontarians be consulted about “environmentally significant regulations and legislation,” notes the release, adding that, while the premier and ministry of environment will say that their mandate to reduce gas by 10 cents a litre fits that bill, the EBR — which demands a 30-day consultation period — doesn’t see it that way.

On July 6, 2018, the Ministry of the Environment and Climate Change posted on the EBR registry stating the bill to repeal of cap and trade program was exempt from public consultation. The statement said "the minister was of the opinion that the recent Ontario election was a process of public participation that was substantially equivalent to the process required under the EBR and that the environmentally significant aspects of the regulation were considered during that process because the government made a clear election platform commitment to end the cap and trade program."

"You just can’t do that," Stewart said. "There wasn’t a detailed discussion of these policy proposals in the election campaign... There wasn’t anything resounding that showed people elected the conservatives because of this particular policy."

Phillips' contention that the election was sufficiently consultative is “questionable," says Charles Hatt, Ecojustice lawyer, and given the timeline ahead, challenging the bill is the only choice.

“We know the legislature is resuming soon and that Bill 4 is already on second reading and may be enacted in relatively short order,” he explained, “So there's really no option left but to go to court and to do so on an urgent basis.

The case will be heard on Sept. 21, three days before the legislature resumes sitting. Bill 4 is currently at second reading.

According to the lawsuit, “If Bill 4 is enacted before this application can be heard then the Applicant — and every other Ontarian — will have been denied their right to participate in what amounts to a wholesale revision of Ontario's legislative regime for combating climate change.”

The province suffered a defeat in court last week in a case launched by the Canadian arm of Tesla, which successfully claimed that they were singled out by being denied a wind-down period for green rebates.

Yesterday, a judge struck down Ford’s bill that would cut Toronto’s city council in half — before the premier revealed he would respond to the court’s order by invoking a never-before-used provision that will enable him to overrule the judge.

"This is a government that’s making policy by press release," Stewart said, "and they're going to make mistakes because policy by press release makes for some good headlines but it makes for some really bad laws. And we’re trying to stop them from passing a really bad law on climate change because this is too important to turn into political football."