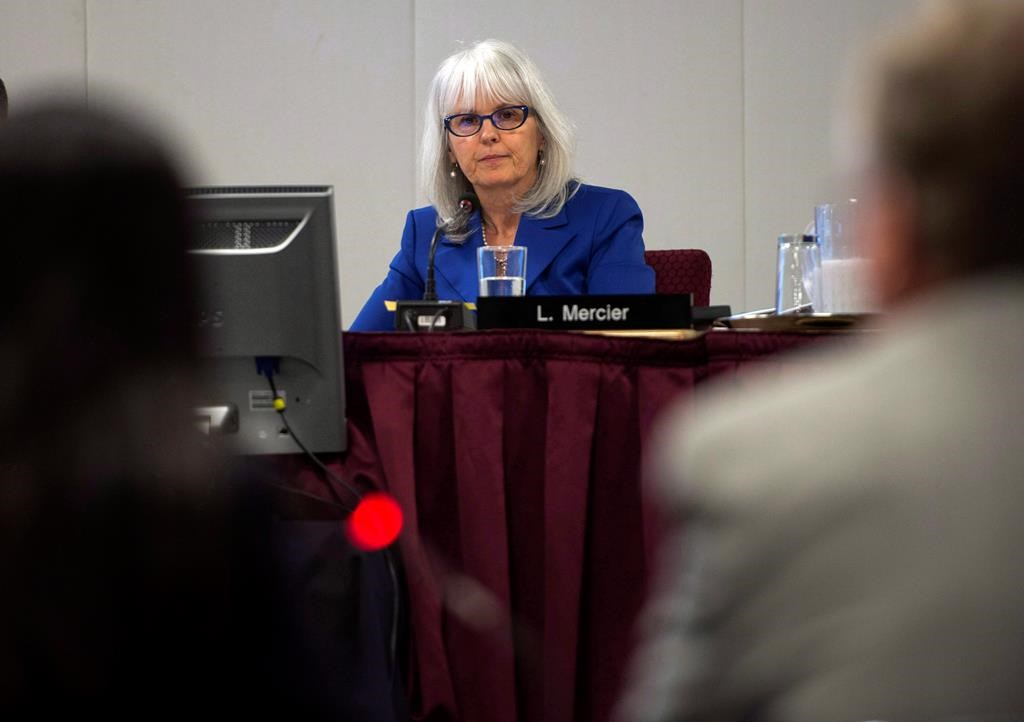 The National Energy Board named Lyne Mercier, shown above, and Alison Scott and Murray Lytle to the panel that will conduct its reconsideration of the Trans Mountain pipeline project. Photo by The Canadian Press
Previous story

The president and CEO of Trans Mountain Corp. says its sidelined pipeline project could be back on track by next year under a new National Energy Board hearing schedule, setting it up for a possible 2022 opening date.

The timeline unveiled by the federal pipeline regulator on Wednesday is "reasonable and fair," said Ian Anderson, the former CEO of Kinder Morgan Canada who became head of the resulting Crown corporation when Ottawa closed its $4.5-billion purchase of the pipeline and its expansion project in early September.

He told reporters in Calgary it's possible expansion project construction that was halted when the Federal Court of Appeal overturned its NEB approval earlier this month could be restarted in 2019.

"Sure, it's possible," he said. "If things go according to the timeline that's been now started with the NEB and they have a recommendation by the middle of February and the government takes a few months for additional consultation, an order-in-council could be as early as next summer."

He added construction is expected to take about 30 months, depending upon seasonal adjustments, which would mean the pipeline could be operational in 2022, about two years later than the most recent predicted in-service date.

The federal government approved the Trans Mountain expansion project in November 2016, following a recommendation by the NEB.

But the court cited insufficient consultation with Indigenous communities and a failure to assess the environmental impact of additional oil-tanker traffic in overturning that ruling.

Last week, the federal government ordered the NEB to go back and conduct a review of tanker traffic, paying special attention to the affect on killer whales, and issue its report no later than Feb. 22.

Environmentalists were quick to criticize the NEB's schedule, which calls for public comments by next Wednesday on draft factors for the environmental assessment, the draft list of issues to be considered in the hearing and on the design of the hearing process itself.

Indigenous groups who are affected by the marine shipping issues but weren't allowed to engage in the previous NEB process because of scope limits might have a difficult time preparing submissions in time, said Keith Stewart, senior energy strategist with Greenpeace Canada.

Furthermore, the process is tainted by the fact that the government insists the project it now owns will be built no matter what, Stewart said.

The expansion will include a new pipeline running roughly parallel to the existing, 1,150-kilometre line that carries refined and unrefined oil products from the Edmonton area to Burnaby, B.C.

It will nearly triple the capacity to 890,000 barrels a day.

The NEB named Lyne Mercier, Alison Scott and Murray Lytle to the panel that will conduct its reconsideration of the project.

Federal Court of Appeal ordered meaningful consultation with all affected First Nations (ie including accomodation where necessary)? Sure doesn't look like a promising start...this will likely end up losing another appeal and be a further insult to reconciliation.