By Cameron Fenton | Opinion, Energy, Politics | September 27th 2018
#35 of 54 articles from the Special Report: Letters to the Editor 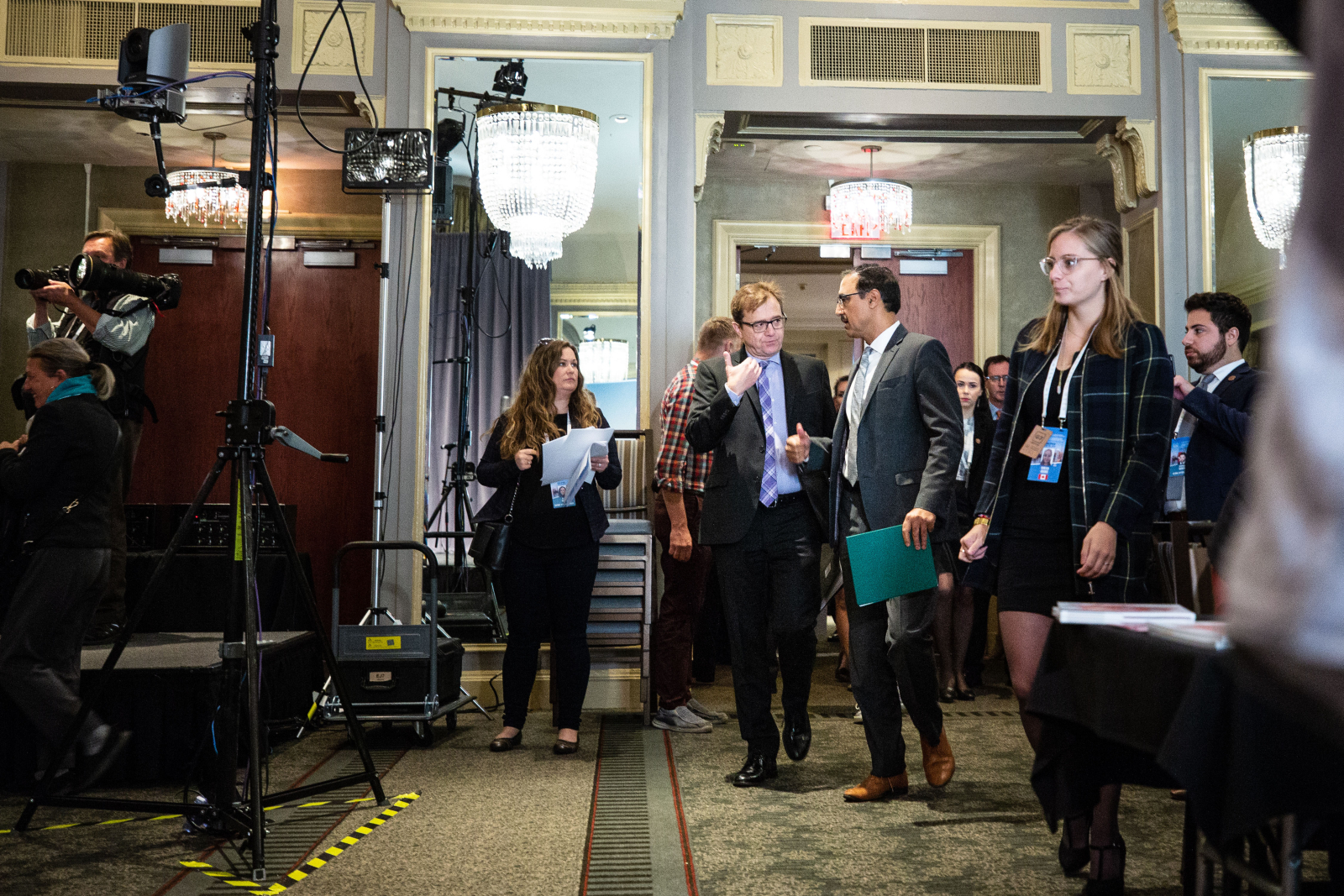 I have to assume that, at some point in their lives, Prime Minister Justin Trudeau and his cabinet have heard the quote that, "insanity is doing the same thing over and over again and expecting different results."

But if they’ve heard, or seen it – usually misattributed to Albert Einstein and emblazoned on a motivational poster tucked in the corner of some classroom or office – they’ve rejected the premise, at least when it comes to pipeline reviews.

Last week Trudeau’s newly minted Natural Resources Minister Amarjeet Sohi, and one-time Trans Mountain opponent-turned-Fisheries Minister and pipeline supporter Jonathan Wilkinson, announced that following the Federal Court of Appeal’s decision to quash their government’s approval of the Kinder Morgan pipeline, they’d be sending it back to the National Energy Board. This is the same NEB that Trudeau lambasted on the 2015 campaign trail. It's also the same regulator that Trudeau pledged would restart and redo pipeline reviews. Of course, it's also the same regulator that Trudeau's government has since made plans to phase out, through the passage of Bill C-69, new legislation to change federal environmental laws and assessments.

But, that’s not all. It’s the same NEB that a 2016 poll found over 50 per cent of Canadians had little or no confidence in. In the same year, the NEB was embroiled in a scandal with former Quebec Premier Jean Charest, prompting major protests to its review of the Energy East pipeline, and the recusal of several board members from participating in the review.

I could go on, but the bottom line is that the NEB is probably Canada’s most broken, distrusted regulator and yet Justin Trudeau is entrusting this body to rush a 22 week redo of the Trans Mountain pipeline review, with the expectation that somehow, some way, the result is going to be different.

It won’t, but it could be, if the review does three things.

First, as the courts determined, it needs to fully study the potential marine impacts of tanker traffic related to the Trans Mountain pipeline. That means not just studying the noise and other impacts of the hundreds more tankers the project would bring to Burrard Inlet, but also the risk of a tarsands spill up and down the British Columbia and Washington State coastline. This review needs to not just consider the impacts of the project on endangered Southern Resident Killer Whales, but the economies and communities along the coast that depend on a clean, oil-free Pacific Ocean.

Second, following another order from the court, any review of the pipeline needs to meaningfully include the voices of Indigenous peoples. Part of that needs to be a comprehensive nation to nation consultation process that follows Canada’s own commitment, recently passed in the House of Commons with Bill C-262, to uphold the United Nations Declaration on the Rights of Indigenous Peoples. That means basing any decision first and foremost on free, prior and informed consent. The previous review came nowhere near doing this.

In addition, this means that the National Energy Board needs to actually listen to, and take into account the in-depth research behind nations’ opposition to the project, like the Tsleil Waututh Nation’s exhaustive study of the pipeline’s impact on their territories.

The bottom line is that the NEB is probably Canada’s most broken, distrusted regulator and yet Justin Trudeau is entrusting this body to rush a 22 week redo of the Trans Mountain pipeline review, writes @CamFenton #cdnpoli #bcpoli #abpoli #TMX

Third, any review of the pipeline needs to include a comprehensive assessment of the project’s climate impacts, including how the project facilitates increased emissions through expanding tarsands extraction. The initial pipeline review for Trans Mountain failed to include these considerations, or take into account Environment and Climate Change Canada’s own findings that the project would facilitate an annual increase of 13-15 megatonnes of CO2, or about the same as putting more than three million new cars on Canada’s roads.

Given the wide gulf between Trudeau’s position that this pipeline is part of Canada’s strategy to meet our Paris Climate Commitments, and the clear assertion of scientists, economists, and countless others that building the pipeline would make it all but impossible to meet those goals, there won't be any trust in this pipeline review unless it also takes climate change into account.

The good news is, the NEB can mandate itself to do a climate review. It did it in 2017, when the board determined that climate change, including upstream emissions, was necessary in reviewing whether or not the Energy East pipeline was in the national interest.

Like a lot of people in Canada, I’m sick of the never ending merry-go-round of pipeline reviews, but until one gets it right, I don’t see us getting off the ride.

Cameron Fenton is an organizer and writer based in Vancouver, BC. He currently works with the global climate change organization 350.org

We have the government we deserve.

We so need a grown up Federal

We so need a grown up Federal Government. Hopefully we can hold on until October 2019.

While Donald Trump and Justin

While Donald Trump and Justin Trudeau cater to their fossil fuel bosses imagine the economy we could build with the $15 Billion Trudeau is willing to spend on a toxic tar sands pipeline. This is a recent analysis. The analysis reveals that:
•Despite Donald Trump’s obsessive efforts to resuscitate the country’s failing coal industry and compensate his oil and gas donors with a lavish deregulatory agenda, clean energy employment in the U.S. exceeds fossil jobs nearly three-fold.
•There are as many energy efficiency workers as there are waiters and waitresses in America’s bars and restaurants.
•The country employs as many clean energy workers as school teachers.
•Renewable energy employees outnumber workers in agriculture, fishing, and forestry industries.
•There are more solar energy workers in the U.S. than firefighters and pharmacists.
•Clean energy means jobs for more than 350,000 veterans of America’s foreign wars, who make up 11.2% of the clean energy work force.
And E2 notes that “clean energy jobs are local jobs that cannot be outsourced.” https://theenergymix.com/2018/09/28/massive-job-counts-show-renewables-e...