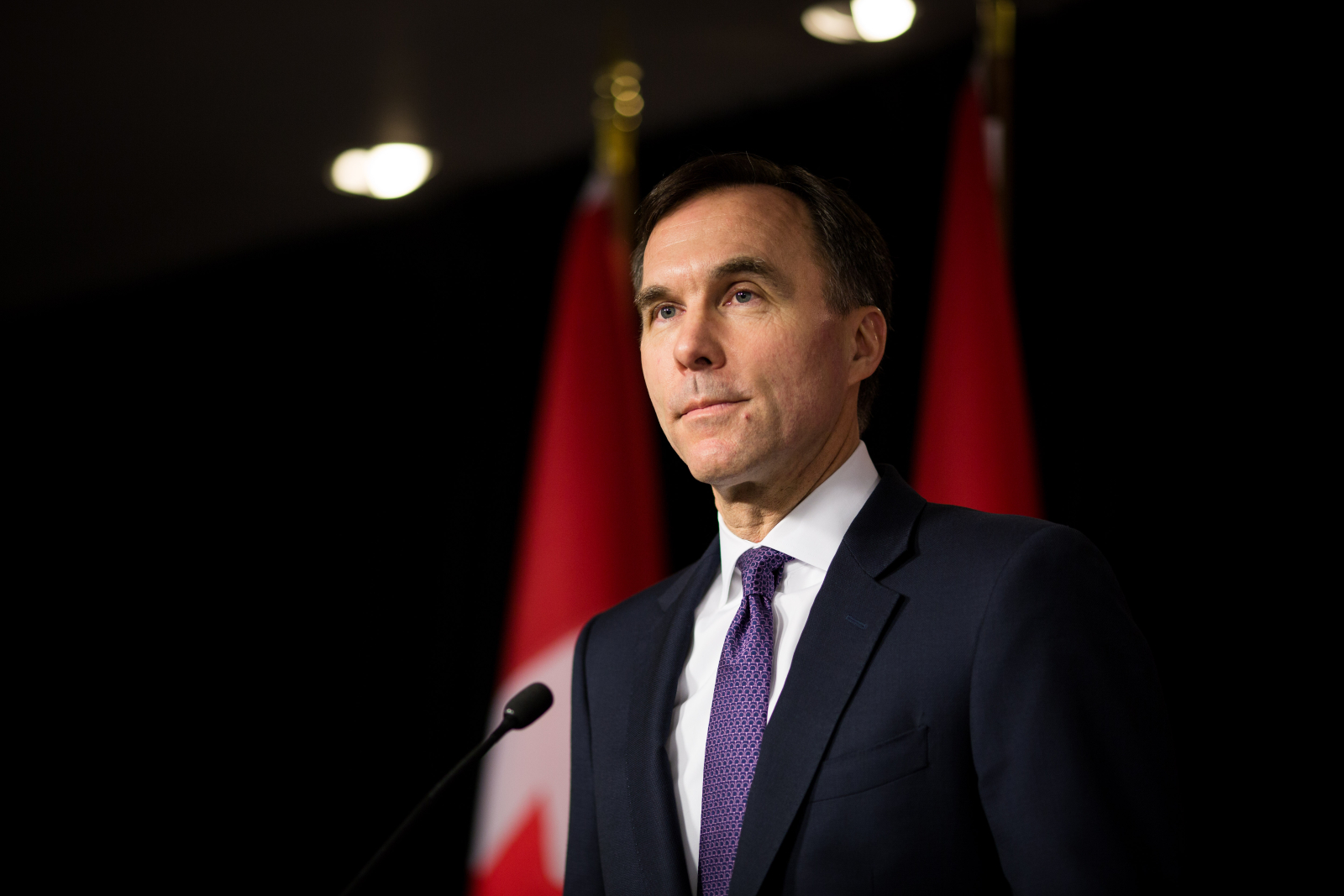 It's that time of the year when proposals flow into government for the 2019 federal budget. Finance Minister Bill Morneau is shown above. Photo by Alex Tétreault
Previous story

It’s that time of year again in Canada’s political circles. Pre-budget consultation season is in full swing, and the House of Commons finance committee is booked solid for the next month, hearing perspectives from across the country on priorities for Budget 2019.

“Competitiveness” is the buzzword dominating formal hearings and lobbying behind the scenes, in the wake of President Donald Trump slashing U.S. corporate tax rates and continued turbulence in negotiations for a new North American Free Trade Agreement.

What does competitiveness really mean? The Canadian Chamber of Commerce calls it a “must have,” and is urging Finance Minister Bill Morneau to produce a plan that includes targeted tax breaks, reviewing regulations and improving the “overall business climate.”

Not to be outdone, the Business Council of Canada has issued dire warnings, saying the recent U.S tax cuts have effectively eliminated Canada’s competitiveness, and urging the federal and provincial governments to reduce Canada’s combined corporate tax rate to just below that of the U.S. federal rate of 21 per cent.

This is a race to the bottom Canada just can’t win.

The reality is Canada’s competitiveness is threatened far less by corporate tax and regulatory changes south of the border than it is by climate change, persistent levels of inequality, and dramatically underfunded public services and social programs.

Focus on our strengths

So what’s to be done?

Competitiveness would be far better served by focusing on our strengths. Canada stays a desirable place to do business to the extent we have a healthy, well-educated population, a skilled and resilient workforce, a cohesive society, livable communities, low carbon infrastructure, a clean environment, and an effective democracy.

Instead of more tax cuts for corporations, Canada could eliminate the gender employment gap, which would add four per cent to Canada’s real Gross Domestic Product.

Instead of more handouts to the big business lobby, Canada could rethink employment insurance to address the changing labour market and the rise of precarious work through reduced entrance requirements, setting a minimum benefits floor and doubling sick leave access.

Instead of weakening important labour and environmental regulations as we have seen from the Trump administration, Canada could invest more in a just transition towards a low carbon economy, at the same time creating more than 500,000 new jobs, many of them in the low carbon jobs of the future.

Intsead of assuming business competitiveness means giving up on strong public programs, Canada could implement universal pharmacare, driving down the cost of health insurance for employers and ensuring that Canadians have access to the medications they need. Or the federal government could invest in a national childcare program, which is critical for both growing the economy and gender equality.

All this and more can be achieved while maintaining historically low deficits. There is a fully-costed plan in the 2019 ‘Alternative Federal Budget’ researched and released this month by the Canadian Centre for Policy Alternatives in collaboration with sectoral experts from across the country. It shows that Canada can be more competitive by investing in people and the communities they live in, rather than joining an unwinnable race to the bottom. That means investing in things like public transit, workforce training, housing, and infrastructure on First Nations reserves.

But it can’t be achieved without raising government revenue, Canada’s true Achilles heel for boosting our competitiveness.

Decades of tax cuts have compromised the fiscal health of government. Federal revenues are now at 14.4 per cent of GDP, much lower than the 50-year average of 16.4 per cent. In 2019 alone this two per cent difference means lost revenue of $46 billion. It doesn’t have to be this way.

It’s far past time to close expensive tax loopholes that benefit the wealthiest, such as the stock option deduction and the preferential taxation of capital gains. An inheritance tax on estates valued at over $5 million, common in most wealthy, developed countries, would generate $2 billion for programs and services that benefit everyone. A one per cent withholding tax on corporate assets held in known tax havens could generate over $2 billion per year.

Canadians should be concerned about the competitiveness of the economy. But cutting taxes is a strategy doomed to fail and to undercut major programs Canadians rely on such as healthcare, critical infrastructure or post-secondary education. There will always be a jurisdiction (or a US president) willing to slash taxes further, cut more regulatory corners, lower health and labour standards, or allow greater destruction of the environment. It’s a dangerous model of competition where nobody wins in the end.

With a stronger focus on revenue generation, Canada would have the means to invest in our people, strong social programs and climate action. With this we could take on the world.

A better approach to Canadian competitiveness is possible, but we need to switch up our game.

Gauri Sreenivasan is Director of Policy and Research with the Canadian Centre for Policy Alternatives (CCPA), which recently released the 24th annual Alternative Federal Budget at www.policyalternatives.ca.