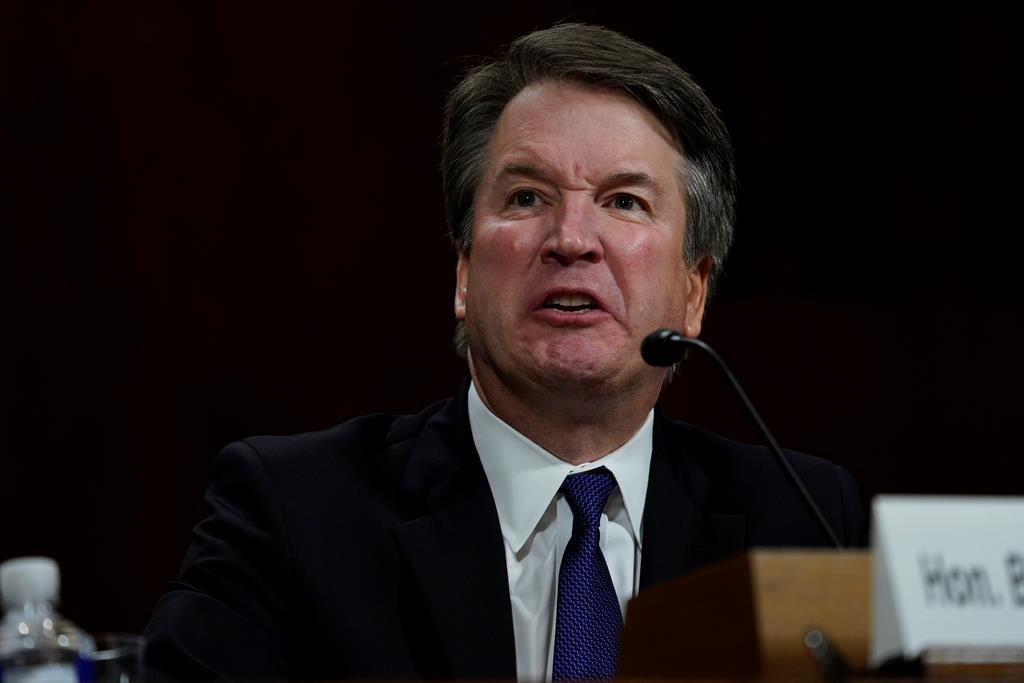 Senators voted Friday to send Brett Kavanaugh's Supreme Court nomination for a broader vote on Capitol Hill — but not before the man holding the swing vote helped negotiate a last-minute caveat: a week-long FBI investigation into Christine Blasey Ford's allegations of sexual assault.

An often bitter and partisan hearing of the Senate Justice Committee, the memory of explosive testimony from the two main players still fresh in their minds, ended in a chaotic and confusing flurry of closed-door negotiations led by Arizona Republican Jeff Flake.

Flake said he, Delaware Democrat Chris Coons and others agreed to ask for the broader Senate to delay a final vote for no more than a week to allow the FBI to look into Blasey Ford's allegations of being sexually assaulted by Kavanaugh when the two of them were teenagers.

"I think it would be proper to delay the floor vote for up to, but not more than, one week, in order to let the FBI to do an investigation, limited in time and scope, into the allegations that are there," Flake told the committee.

"I will vote to advance the bill to the floor with that understanding."

Following the vote, Coons said he and other Democrats wanted the extra week not to stall the confirmation process, but to investigate the allegations currently before the committee.

Flake, the swing vote on the 21-member committee, said earlier in a statement that he planned to support Kavanaugh, saying the nominee was entitled to the presumption of innocence "absent corroborating evidence."

But he appeared to be having second thoughts as the hour for voting neared — possibly as a result of an emotional confrontation in an elevator with a pair of protesters who pleaded with him to reconsider.

Republicans, their hand forced by the narrow margin of support for Kavanaugh, issued a statement not long afterward confirming they had agreed to a "supplemental background investigation" to be limited to "current credible allegations" and to take no longer than a week.

And U.S. President Donald Trump appeared to be on his best behaviour Friday before confirming in a statement that the White House would authorize an investigation "limited in scope" and within the time frame agreed to by the committee.

It was a surprisingly deferential Trump, sitting alongside the president of Chile, who said he would leave it to the Senate to decide on the question of a delay. "I just want it to work out well for the country. If that happens, I'm happy."

On Thursday, the committee listened, captivated, as Blasey Ford, a California psychology professor, declared that she's "100 per cent" certain it was Kavanaugh who tried to sexually assault her during a house party in Maryland in 1982.

Then they heard a fiery, tearful and defensive rebuttal from Kavanaugh, who denied the allegations but pointedly refused to explain to Sen. Dick Durbin (D- Ill.) why he wouldn't support delaying the hearing indefinitely to allow an FBI investigation.

The American Bar Association, which previously gave Kavanaugh its highest rating of "well qualified," asked the Senate committee and the full Senate to delay their votes until the FBI could do a full background check on the assault claims.

South Carolina Sen. Lindsey Graham, who intervened powerfully on Kavanaugh's behalf at one point during his testimony Thursday, declared his support for the nominee Friday with his usual brand of fiery Republican rhetoric.

Following the vote, he struck a more conciliatory tone as he acknowledged Flake's efforts to satisfy his own conscience.

"Jeff's trying his best to bring the country together and vote the best way he knows how," said Graham, who was on his way to meet with Senate majority leader Mitch McConnell to discuss the arrangement.

Asked whether he believed McConnell should agree to delay the vote, Graham made it clear what's on the line for the Republicans, who currently have a razor-thin 51-49 majority in the Senate: "The last time I looked, you need 50 votes."

Democrats have been clamouring for days for the hearings to be suspended to allow for an FBI investigation into the allegations, a request Republicans have largely dismissed as a delay tactic that would ultimately uncover nothing, given the extensive vetting already done on Kavanaugh.

In Trump’s world, no man is unemployable — and no woman is safe