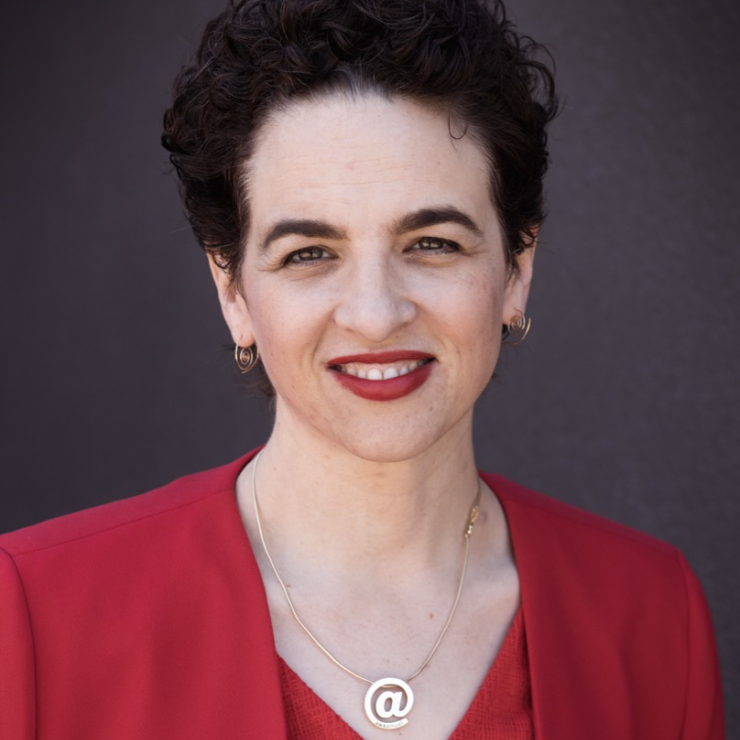 Alexandra Samuel is an independent technology researcher and data journalist. As a regular contributor to The Wall Street Journal, The Harvard Business Review, JSTOR Daily and the CBC, she helps audiences understand a wide range of business and technology issues like the emergent sharing economy, the challenge of communicating with data, how to improve productivity with social media tools, and the battle over kids’ screen time.

An articulate voice on new social technologies, Samuel is a sought-after commentator on the Internet’s business and social impact. She is the author of Work Smarter with Social Media(Harvard Business Review Press, 2015), a practical guide to working more productively with email, Evernote, LinkedIn and Twitter. Over the course of her long career as a tech writer she has been a regular contributor to TheAtlantic.com, Oprah.com, The Toronto Star and The Vancouver Sun, and her work has also appeared in publications as varied as The Chronicle of Higher Education, Upworthy, National Geographic Assignment and The Mighty.

Samuel’s career as a digital explorer has spanned business, media, academia, government and NGOs. She is the former VP Social at Vancouver-based customer intelligence company Vision Critical, where she commanded the company’s efforts at integrating social media into its intelligence product for Fortune 500 brands. Formerly the director of the Social + Interactive Media Centre at Emily Carr University, Samuel also co-founded Social Signal, one of the world’s first social media agencies. As the Research Director for the Governance in the Digital Economy program, she worked with Don Tapscott to help governments from around the world address the impact of the digital revolution. She holds a Ph.D. in Political Science from Harvard University, where her dissertation was the first comprehensive study of hacktivism (politically motivated computer hacking).

Reducing the impact of daily commuters is the most immediate and obvious climate benefit from embracing part-time remote work, writes Alexandra Samuel.
Race to a Safer World

Time and again, we’ve seen that when citizens turn on one another, it tears our societies apart — just when we need each other the most.
Coronavirus in Canada

We can help the people whose work puts them at risk for COVID-19 - not just healthcare workers, but folks who are still going to work everyday as grocery clerks or delivery people - by being especially diligent about social distancing.
Coronavirus in Canada

Dear Rich People, thanks for pressing pause on Donald Trump

As we count the days to the U.S. midterm elections, there’s only one question on my mind: Is it time to build a bunker?

Trump’s America is the land of despair

Americans now know exactly what kind of country they live in, and the reality is far worse than many would have imagined. Those steeped in knowledge of the past invoke the similarities to the rise of authoritarianism in Germany, Italy, Russia; those devoted to fictions of the future reference dystopias from novels...

In Trump’s world, no man is unemployable — and no woman is safe

In Trump’s world, men are the real casualties of #MeToo.

NAFTA talks show what happens when grownup diplomats meet Trump toddlers. Fortunately, at least one adult will be in the room.

What Telus gets wrong about cyberbullying

There is a big difference between recognizing that cyberbullying is a problem and claiming it’s a problem that affects a million Canadian kids each month, as I loudly observed to my teenager. The poor kid cringed and shushed me, reminding me that if I really want to protect my kids from bullying, I should probably avoid embarrassing them in public.