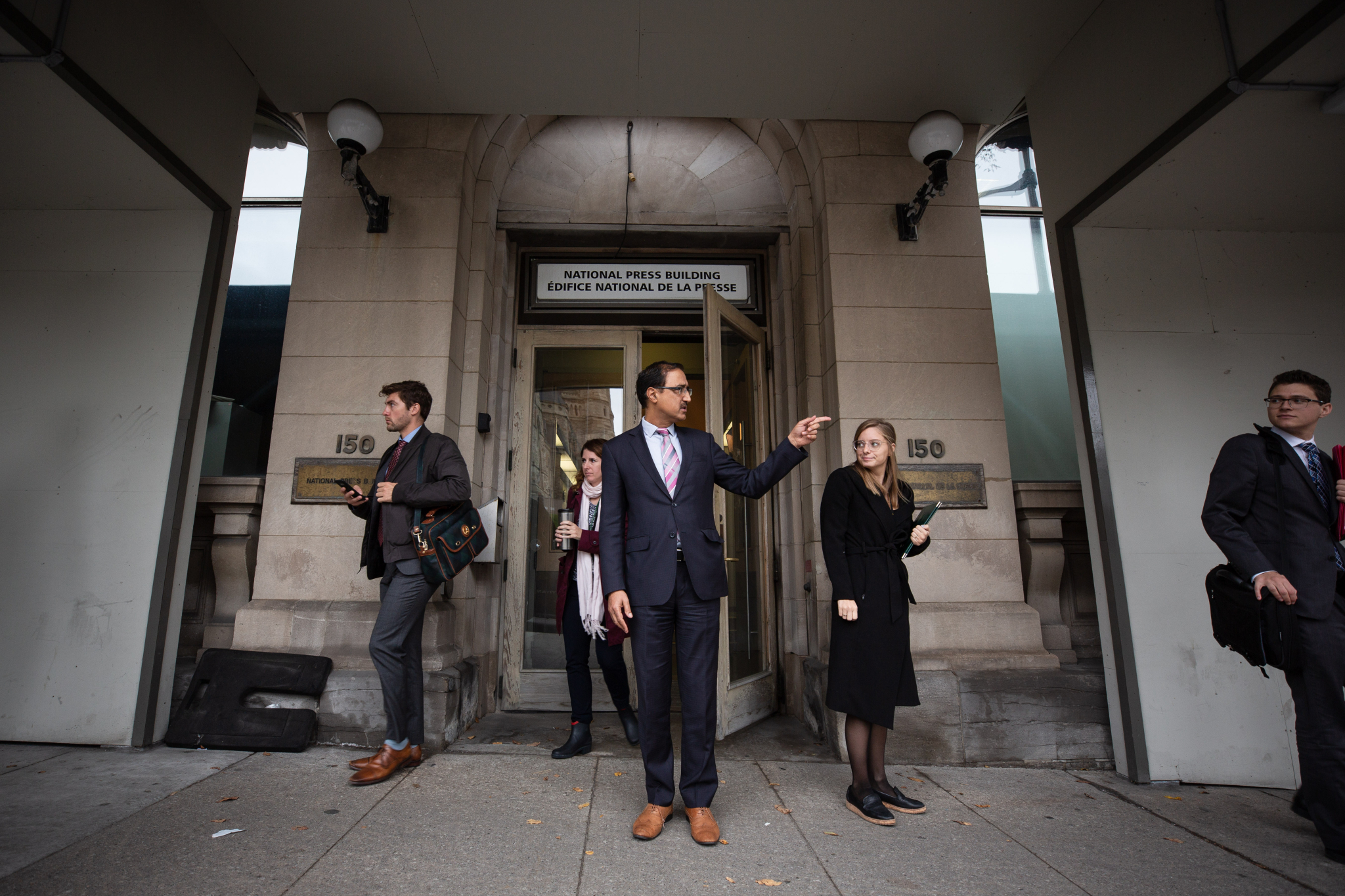 The Trudeau government says it won't appeal an Aug. 30 Federal Court of Appeal ruling that quashed its approval of the Trans Mountain pipeline expansion project, instead choosing to appoint a former Supreme Court justice to oversee new Indigenous consultations.

"First of all on (Trans Mountain) we are intending to follow the blueprint laid out by the courts," Prime Minister Justin Trudeau told reporters, prior to the weekly Liberal caucus in Ottawa on Wednesday.

"As people know, we’re a government that respects the courts. They laid out a blueprint for how to move forward in a way that respects and partners with Indigenous peoples and does proper environmental research and science. We are going to do that.

"If we were to appeal, it would take another few years before we could begin construction, and we feel the blueprint the court laid out for (the Trans Mountain expansion) will allow us to get things done quicker and get our resources to new markets other than the United States in a more rapid fashion." 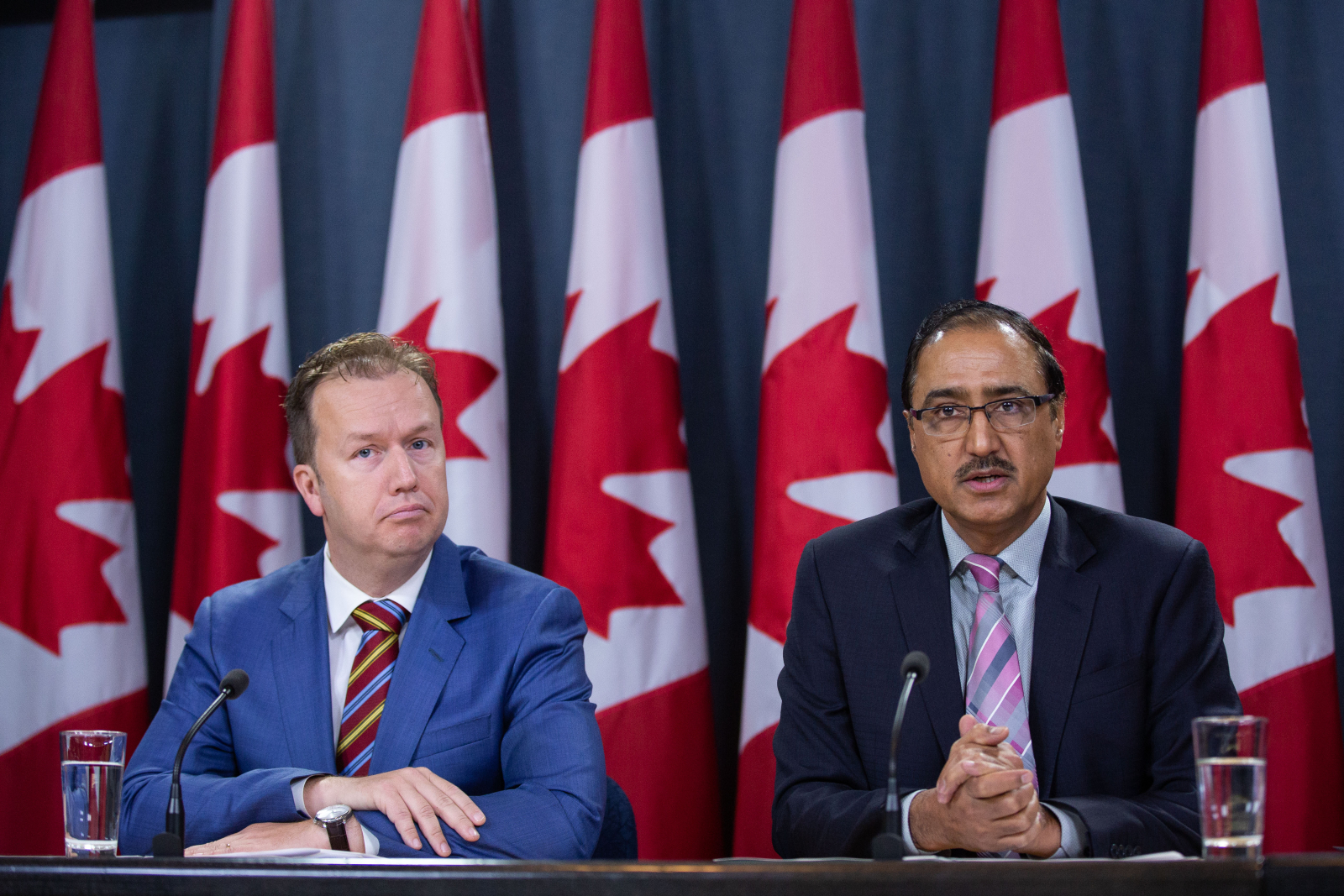 At a separate news conference on Wednesday, Natural Resources Minister Amarjeet Sohi said Frank Iacobucci has been appointed as a "federal representative" to help design and then oversee new consultations with 117 Indigenous groups that will comply with the court's judgment.

By avoiding an appeal, the government reduces the risk of being forced to release internal emails in court that demonstrate how public servants were instructed in 2016 to find a way to approve the pipeline, before concluding consultations with the First Nations who were directly affected by the west coast project.

"We are going to do things differently this time," the minister said during Oct. 3 remarks at the National Press Building. "We have a constitutional obligation to consult with Indigenous peoples...we feel that the path forward that we have developed is more efficient and more appropriate."

Sohi, who made the announcement alongside parliamentary secretary to the minister of natural resources Paul Lefebvre, said the government would be "more than doubling capacity" for new consultation teams and that revamped consultations would be "specifically tailored" to groups.

The minister announced last month in Halifax that the National Energy Board (NEB) would reconsider its recommendations for Trans Mountain and carry out a new review in 22 weeks. But he said Wednesday that new Indigenous consultations won't follow the same timeline.

"We will not put a stop clock on consultations," said Sohi. "We need to make sure we are consulting and engaging with Indigenous communities with an open mind and in good faith."

If built, the Trans Mountain expansion would triple the capacity of an existing pipeline system, allowing it to transport up to 890,000 barrels of bitumen and other petroleum products from Alberta to a Burnaby oil terminal in metro Vancouver.

The Alberta and federal governments, along with the oilpatch, believe that project is key to allowing the industry expand into new markets in Asia. Detractors believe the project is too risky and would push Canada's climate change goals out of reach.

The court of appeal ruling said that while Canada needs to engage in a "meaningful two-way dialogue," it did note that since Indigenous concerns about the pipeline expansion project were "specific and focussed," Canada could make its new consultations "brief and efficient while ensuring it is meaningful."

Sohi hinted at this passage when he noted that the government already had a significant amount of knowledge from the existing consultations about concerns.

"We are not starting from scratch," he said."Knowing of existing concerns...some of them were dealt with, and some of them we'll hear again from Indigenous groups."

Some groups, he added, will still oppose this project at the end of the new process. "That does not mean that if we fulfill our constitutional obligations, then those groups will have a veto." 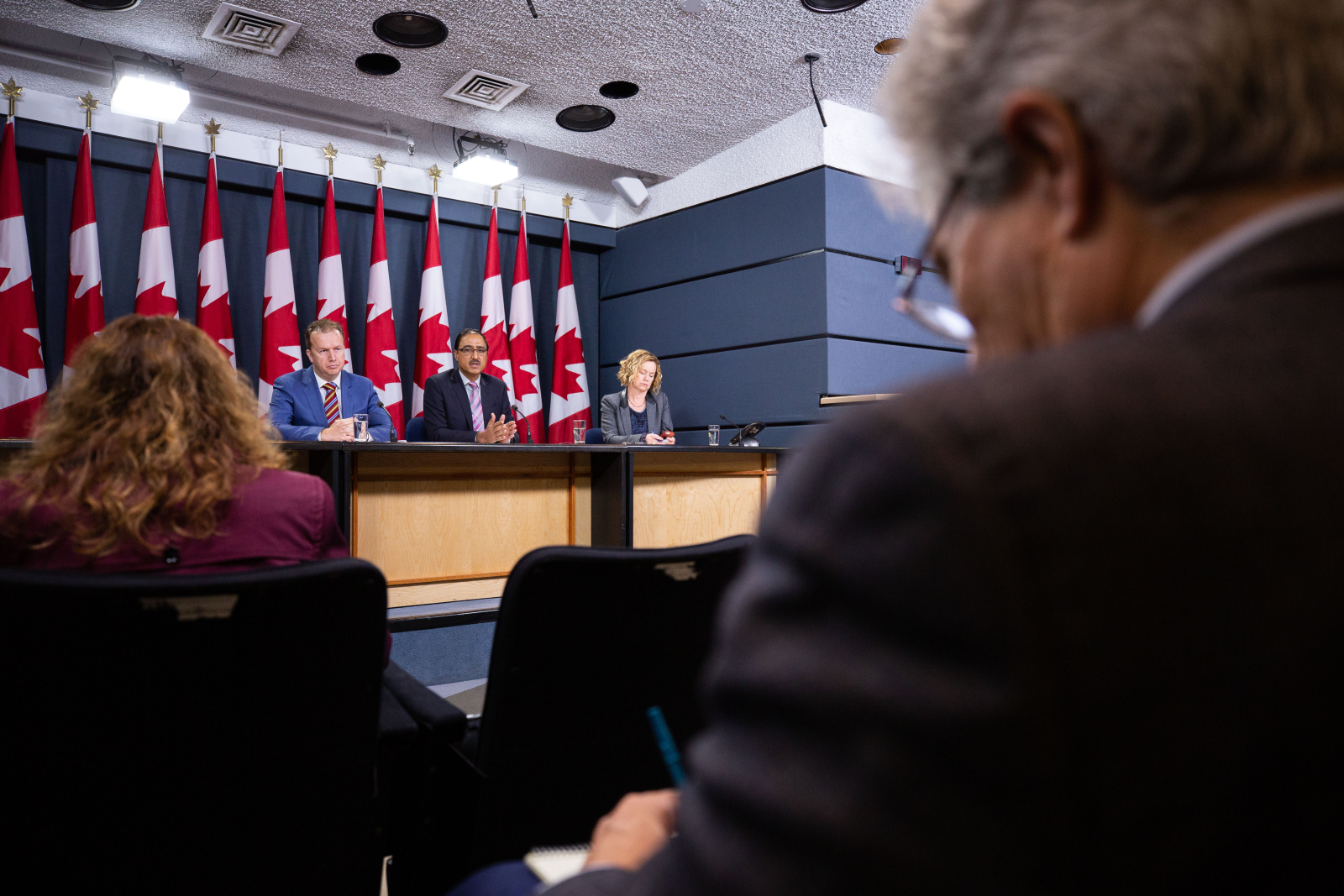 The idea for a special representative was raised internally in January 2016, when the Trudeau government considered a plan to appoint a Special Ministerial Representative to engage directly with affected First Nations, National Observer has reported.

That option was ultimately rejected and the government instead pursued the creation of a special panel to review the NEB’s recommendations. The rationale, according to internal documents obtained by National Observer, was that this would shorten its timeline for a decision by several months, and prevent the proponent, Texas-based Kinder Morgan from walking away.

But the Texas company wound up walking away anyway, agreeing in May 2018 to sell its existing pipeline and the rights to pursue the expansion to the federal government for $4.5 billion, allowing several executives to make millions in stock options and bonuses.

After the Aug. 30 court ruling, the government started to revisit the proposal that it had previously rejected.

The Canadian Press reported Sept. 18 that the government was "shopping around" for a retired federal judge to help guide renewed consultations. Conservative Party Leader Andrew Scheer then called for a "ministerial special representative" on Sept. 24.

"Instead of following those directions, the government announced they will launch another process, with no timeline, that will only further delay construction. That is absolutely unacceptable," the statement read.

As for the appeal, the government has been suggesting for weeks that they wanted to follow the court’s instructions, and insisting that all options were still on the table.

Sohi said Wednesday the government had concluded that appealing a decision is not an "efficient way of dealing with the issue" because appeals "can take years to conclude."

Editor's note: This story was updated at 11:12 a.m. EDT on Oct. 3 to include additional quotes from Sohi and updated again at 12:05 p.m. with additional background information.

Talk, take notes, and ram it

Talk, take notes, and ram it through. The construction is still continuing. I have placed a call to the RCMP to inquire about why the injunction is not being held. They were sure quick to arrest us when we violated Judge Affleck's injunction. Apparently the federal court one can be ignored.

It looks like the courts with have to be involved again. The government seems to believe bullying is okay when it's the federal government doing it. The arrogance of the Trudeau government is sad. October 2019 should be a very important date on all Canadian calendars.

I still have not seen

I still have not seen anything to convince anyone that Justin has re-done the NEB Review Panel [one of his many campaign promises] so it will be the same three Harper Appointees making the [same] decision.