A large cannabis facility is transforming a Quebec town near Ottawa 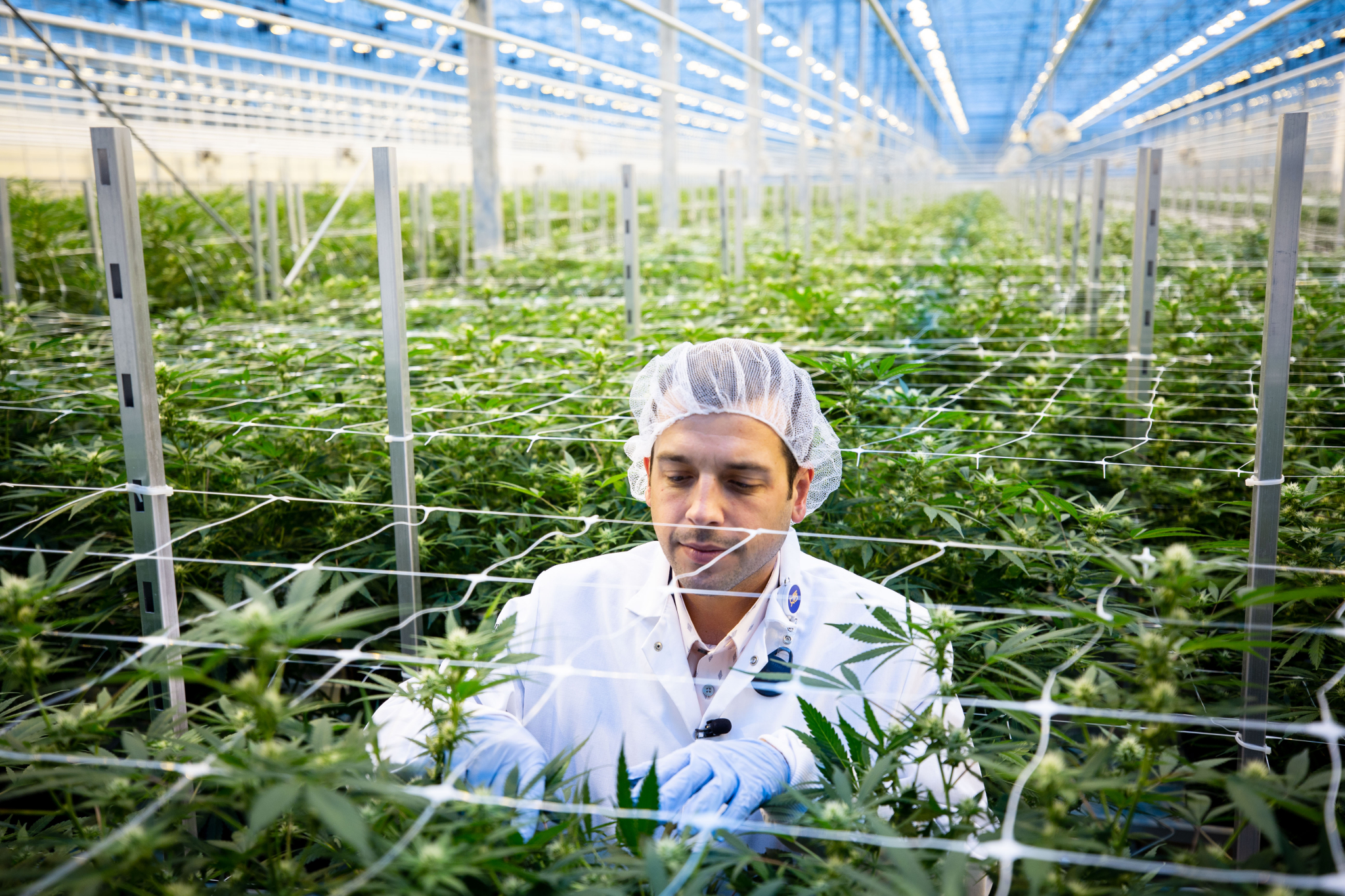 Sylvie Cadieux was concerned when she first head that a cannabis company was setting up in Masson-Angers, a small Quebec community where she has lived for nearly 60 years.

Hexo Corp., formerly known as Hydropothecary, was building a cannabis production facility in the community of about 13,000, part of the City of Gatineau on the Quebec side of the Ottawa River.

"It was a little worrying, given that we didn't know what could happen," the primary school teacher told National Observer in an interview at a local restaurant in the community that has been dominated by the pulp and paper industry since the early 20th century.

Hexo no longer bothers her and it has been a "positive thing" for a friend who now has more money and security with a job at the facility than he did removing snow and ice.

Since it was founded in 2013, Hexo has turbocharged the local economy of Masson-Angers, a 20-minute drive from Ottawa.

The local pulp and paper mill, which still operates today, is sustained by hydroelectric power provided by the Lièvre River. Two 60-metre tall water towers erected by the paper mill's owners in 1933 dominate the area's skyline.

The water towers were a "stroke of genius of the time," says local city councillor Marc Carrière. He uses the same term to describe Hexo, now the largest employer in Masson-Angers with 245 employees, a number that the company says will soon double in the wake of recreational cannabis legalization.

While Hexo has boosted the local economy, the environmental impacts of large-scale cannabis production need to be assessed, say industry stakeholders.

A boon for the local economy

Hexo is a major player in Canadian recreational cannabis, supplying about 30 per cent of the product sold in cannabis stores run by the state agency, Société québécoise du cannabis.The company also sells cannabis to Ontario, where sales are confined to a government-run online store until April, and to British Columbia, which has a mix of government and private retail outlets. Hexo also has non-alcoholic, cannabis-infused beverages in the works, in partnership with Molson Coors Brewing Company. The company plans to double its number of employees to more than 500 by the end of this year.

Carrière estimates that 95 of his constituents work for the company. According to the politician, it provides residents of Masson-Angers with “a sense of belonging,” because they “get to live, consume and work in their community.” Where a grocery store and a bank closed in the early 2010s, there is now a realtor, a construction firm, and a gym, and older people looking to move into a seniors home are now managing to sell their homes with ease, he said. And while there was some initial resistance from residents and worries about security and the smell, people are “now proud” that Hexo is in their community. 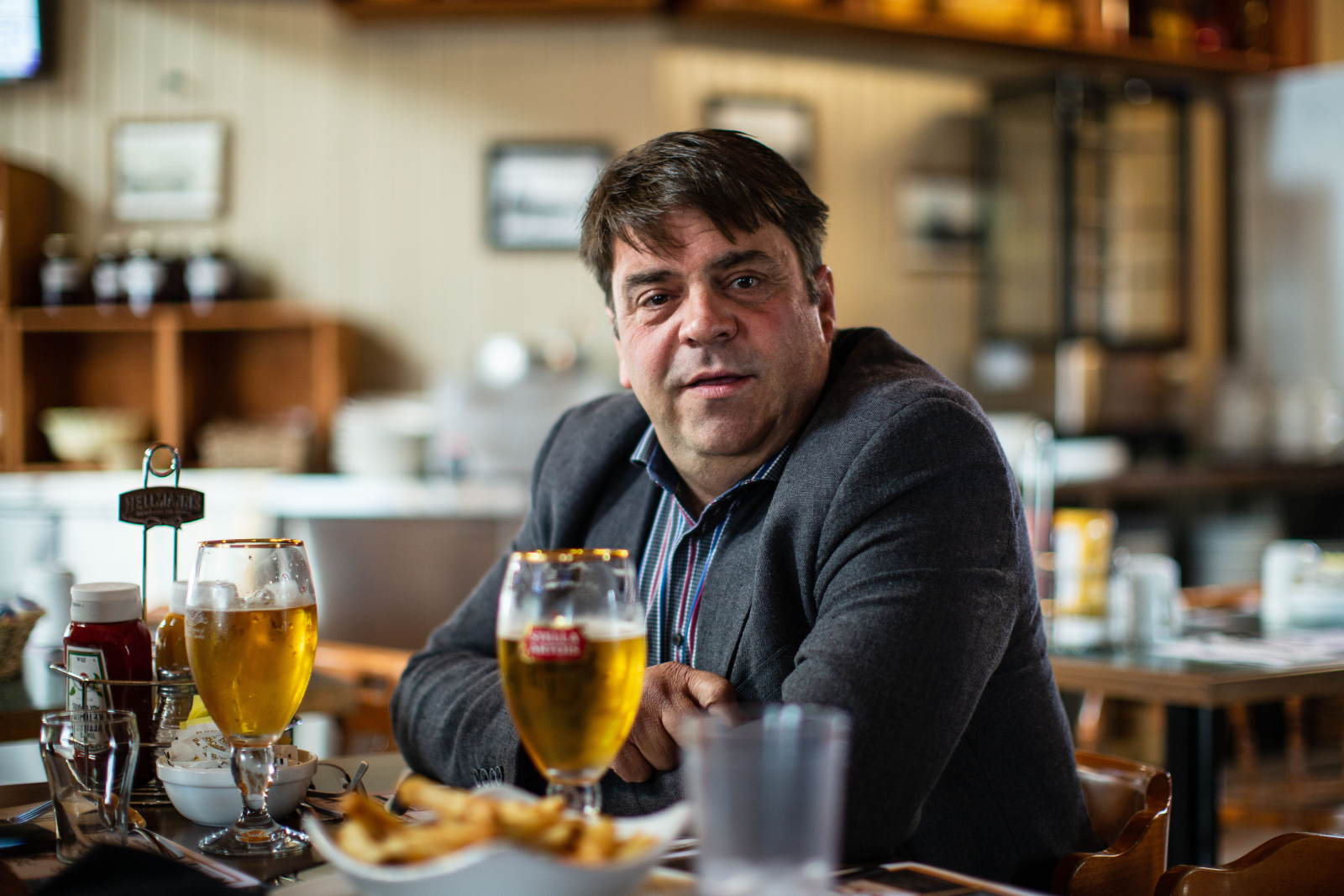 Indoor cannabis cultivation requires huge amounts of electricity for lighting and also for air exchange, cooling, dehumidification, and other operations. An American study from 2012 estimated that one per cent of electricity use in the U.S. went to indoor cannabis cultivation, a figure that rose to three per cent in California, the top producing state. U.S. data analysis firm New Frontier corroborated these figures in 2016, estimating that indoor grow operations consume US$6 billion worth of electricity a year, or the equivalent amount of energy needed to power 1.7 million homes in the United States.

While similar studies are scarce Canada, British Columbian cannabis cultivator Tantalus Labs estimated in 2016 that illicit indoor operations in Canada demand as much as three per cent of Canada's energy use and said it made cannabis a more energy intensive industry than mining.

Indoor facilities do not see the sun and need artificial light to grow, while greenhouse facilities can maximize natural sunlight.

Dan Sutton, the company's managing director, told National Observer that environmental issues pertaining to cannabis production have been “left to the wayside” amid the myriad public safety, policing and health discussions that have been necessary in the race toward legalization. “We need to revisit the cannabis conversation in the context of farming, because that’s what it is. This is not factory production. This is a crop, like any other crop, and it has big leafy green fronds that allow it to extract power from light and the best way to extract power from light is the sun,” he said.

In addition to energy consumption, there are environment issues related to water consumption, growing techniques, packaging and use of waste products.

Indoor growing has been the historic approach to cannabis cultivation in Canada – necessitated by the need to keep operations hidden – but Sutton hopes that in the legal cannabis space, producers will increasingly turn to greenhouse production, given that they use 90 per cent less electricity. He estimates that 80 per cent of legal cannabis production in Canada currently takes place in indoor facilities, where crop yield is typically greater because variables such as light and temperature can be more precisely controlled.

In Canada, environmental regulations for legal cannabis are governed by a patchwork of provincial, federal and municipal governments, and Sutton said that he would like to see the federal government implementing incentives to reduce energy use – such as providing a tax rebate or development incentives for facilities operating below a certain energy threshold.

“It just seems like such a missed opportunity at the dawn of a new potentially very environmentally impactful industry to not make those rules right into the first iteration of the regulations,” he said. While he believes "economic self-interest" will eventually encourage all producers to turn to the greenhouse model "within 20 years," introducing "mechanisms around policy work to increase that incentive and to promote the opportunity" will create a "really sustainable industry within five years."

Hexo, like Tantalus, favours the greenhouse approach. Added to its existing 310,000 square foot greenhouse production facility, construction is underway on a one million square foot expansion – currently a skeleton structure teeming with loaders, diggers and orange-clad construction workers. Once completed, annual production is planned to leap from 25,000 kg to 108,000 kg annually.

Terry Lake, former health minister of British Columbia, is vice president of corporate social responsibility at Hexo. He told National Observer that with Hexo's greenhouse approach, “we have a bit more variability [of yield] but in terms of environmental impact, its much, much lower." He pointed out that Quebec’s hydroelectric energy grid means that the company’s reliance on fuel that produces greenhouse gas is “very low compared to many producers.”

Cannabis is a notoriously thirsty plant. While water consumption statistics are scarce, and Hexo could not provide data for its operation, one peer-reviewed study pinned the amount at 22.7 litres per mature plant per day. In Hexo’s new greenhouse facility, a new system will ensure that waste water will be recovered, recycled and reused. Hexo officials are also looking into capturing rainwater, as Tantalus already does.

Sutton said that one other big area of environmental concern surrounds packaging. The federal government requires that all packaging is child-resistant, with a reseal ability – which leaves “limited packaging options all of which are polypropylene plastic right now,” he said. “I think there’s a huge opportunity, both social and entrepreneurial, to get that child resistant resealable packaging into a form factor that’s made of biodegradable material.”

Plant waste is another issue. Sutton said that companies could “do a better job at just being efficient with their own waste products,” by maximizing the amount of the plant that is used. “[At Tantalus] we use all of our trim, all of our shake (small bits of cannabis flower that break off) and all of that goes into programs like extraction to pull oil off that product.”

Over at Hexo, Lake said that he would like to see research into ways that plant waste could used “in value-added” ways. “Hemp, when it’s grown outdoors, is used for materials whether its clothing, rope and other devices. Sometimes it’s used to reinforce cement. The cannabis plant is a little bit different that the hemp plant – the stalks aren't as big, aren't as woody, but I still think if we put our minds to it, we could use a lot of that material and think of other ways of reusing it rather than just composting it and returning it to the soil,” he said.

Hexo has engaged Montreal-based consulting firm Smart Cert to take an annual greenhouse gas inventory of all its operations, which will be made public in its annual corporate social responsibility report. Asked by National Observer what the incoming Coalition Avénir Quebec government's plans are for regulating the environmental impacts of large-scale cannabis farming in Quebec, press attaché Ewan Sauves wrote that “we are in transition. It’s difficult for us to talk about that yet.”

I would submit that large

I would submit that large "indoor" canabis operations could invest in using the energy of the Sun to produce electricity (photovotaics) commonly known as solar electric energy. Any cannabis grow operations in sunny climates like Alberta could not only benefit financially from the actions of generating on-site PV electricity, but also through the creation of "green" corporate policy on their energy use. Presently the great percentage of the electrical energy on Alberta's grid is still produced by burning fossil fuels, coal and natural gas, and this must change in our carbon restrained Planet.