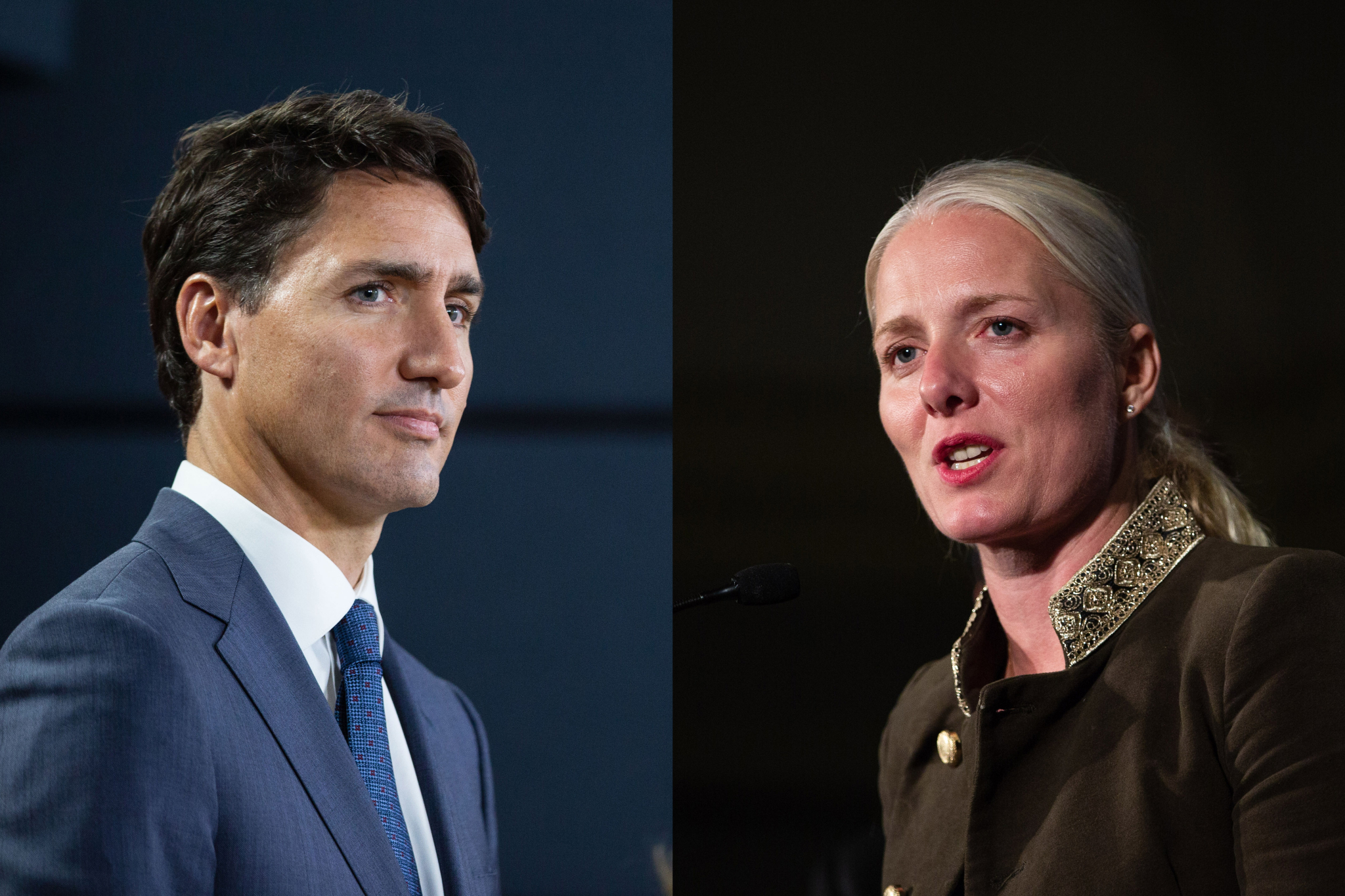 Prime Minister Justin Trudeau will explain on Tuesday how his federal government will make polluters pay in provinces that have shunned his national climate change strategy.

The prime minister has deployed ministers across the country to announce the news, a federal official told National Observer. Trudeau himself will address the issue at an event in Toronto with federal Environment Minister Catherine McKenna, followed by ministers in New Brunswick, Saskatchewan and Manitoba — the other provinces that aren't complying with Ottawa's plan, which sets a minimum standard price on carbon pollution that starts in 2019 and rises every year.

In their announcement, Trudeau and his ministers will specify how much revenue they expect to collect from carbon pricing and subsequently return directly to people who live in each of the non-complying provinces. The fees would be collected through a federal tax on products that contribute to climate change such as gasoline.

"The way this is set up, the people in those provinces will end up with more money in their pockets at the end of the day and it's basically an incentive to encourage people to make more environmentally friendly decisions," the official said.

"The average family will have more money in their pockets than what they pay out in this pricing strategy."

The federal government isn't expected to impose its pricing scheme on other provinces that have met the national standard, such as Quebec, which is participating in a cap and trade scheme and British Columbia, which already has a provincial carbon tax.

Trudeau's Tuesday media blitz, which includes a federal announcement in Quebec, comes less than a month after scientists and governments around the world issued a comprehensive assessment of the latest climate change science, concluding that the planet had less than 12 years to prevent global warming of more than 1.5 degrees above pre-industrial temperatures. The assessment said that exceeding this level of warming would significantly worsen impacts for millions of people, including devastating ecological and economic damage.

Trudeau, who has said that addressing global warming is a priority for his government, initially struck a national climate change strategy with the provinces and territories in December 2016, but this plan has slowly unraveled in recent months, following the election of Ontario Premier Doug Ford, who scrapped all of his province's climate change policies after forming a majority Progressive Conservative government in June.

The official says the Trudeau government plans to deal with Ford and others who are heading in the wrong direction, noting that some "provinces have not taken leadership on the issue" of climate change even though they've had two and a half years to come up with a plan.

"The prime minister will lay out a very clear vision on why we can't afford not to act on climate change any longer and make the case that its time to stop letting successive governments make up a plan and that's why we're taking action right now to do something about it," said the official, who asked not to be named since they were speaking before the announcement was made public.

"We're moving forward to make sure we can fight climate change in an efficient and effective way."

While supporting Trudeau's efforts to introduce new federal climate change policies, many environmentalists have criticized the prime minister for not going far enough. Specifically, they have criticized him for continuing to support new pipeline projects such as the Trans Mountain expansion, which could allow Canada's fossil fuel industry to grow larger.

Trudeau's announcement comes as Ontario is in the midst of debating its Cap and Trade Cancellation Act, which the province's fiscal watchdog has determined will worsen Ontario's debt by $3 billion, while undergoing a public consultation for a new climate plan.

Provincial hearings at the legislature that sought expert opinion and a clause-by-clause discussion ended on Oct. 22, with little to no change made to the bill. NDP MPP and energy critic Peter Tabuns and Green Party leader Mike Schreiner tried — and failed — at getting the bill amended to include legislated targets in line with the Paris Agreement and alternative compensation schemes.

"They were pretty business-like when they were talking about having a systematic plan to put in place for climate action and for climate adaptation," Tabuns told National Observer in an interview after the bill was voted by a majority to go to third reading. "It again underlines my fear that they aren't going to approach this question in a serious way, that we're going to get a bit of cosmetic fluff for a climate plan and that the crisis are going to continue unaddressed and unabated."

Both in committee and in an interview with National Observer, Tabuns noted the urgent and sweeping action called for by the authors of the landmark Oct. 8 report by the UN Intergovernmental Panel on Climate Change (IPCC) for all countries to reach or exceed their Paris agreement pledge to keep temperatures between 1.5C and 2C.

"If you're not aligned with the nations of the world on trying to limit the increasing temperature to 1.5 C then you're just talking nonsense," Tabuns said.

"I think the nature of their direction on this is much clearer now: that's shutting down cap and trade and doing as little as possible and at the same time being able to say we're doing something," he said. "They have to say something. This is "something," but not what's needed."

Earlier on Oct. 22, after question period, Ontario Environment Minister Rod Phillips told reporters that a climate plan will be released in November after a second public consultation ends on Nov. 16. He said he was reviewing all the comments from committee and the ones submitted in the initial public consultation that ended on Oct. 11 regarding Ontario's Cap and Trade Cancellation Act. The Act mandates the government to create a climate action plan.

"We'll take into consideration all the input we've got and we'll bring forward the bill for third reading and we'll pass it with the objective of then, again, as the bill indicated, putting together a climate plan," he said. Phillips would not specify what climate targets would form the basis of the new climate plan, noting that "it was an important question and a number of different options on how they be measured."

The Ontario minister has repeatedly said that the province will reject a federal carbon pricing plan, calling it "unconstitutional."

In September, Ontario Premier Doug Ford and Alberta United Conservative leader Jason Kenney rallied for the federal opposition Conservative Party at a "Scrap the Carbon Tax Rally" in Calgary, and went to Saskatchewan to meet with Premier Scott Moe on the same issue.

Doug Ford should create a climate plan and not fly across the country to oppose one: Dominic LeBlanc

"Prime Minister Justin Trudeau has descended into the heart of Ford Nation"? PLEASE PEOPLE! Ontario is NOT FORD NATION. Remember, only 1/3 of the voters elected Ford. 2/3 of us wanted nothing to do with him and his shortsightedness. What this underlines is the necessity of getting rid of our 1st past the post electoral system. As happened with Mike Harris, it took years to regain ground after he was defeated. The same will happen after Ford - but, of course, we've run out of time.

Trudeau's plan is also "cosmetic fluff," and has he has "not shown leadership," but I suppose people find that harder to admit when it's someone they'd expected to be a savior.

Really, what he does is akin to cleaning up a table, urinating in a corner of the room, and then soliciting applause for cleaning up the table.

Should be a very interesting

Should be a very interesting October 2019 Federal Election. Andrew should probably keep folks abreast of Mr. Trudeau's accomplishments. They speak for themselves.