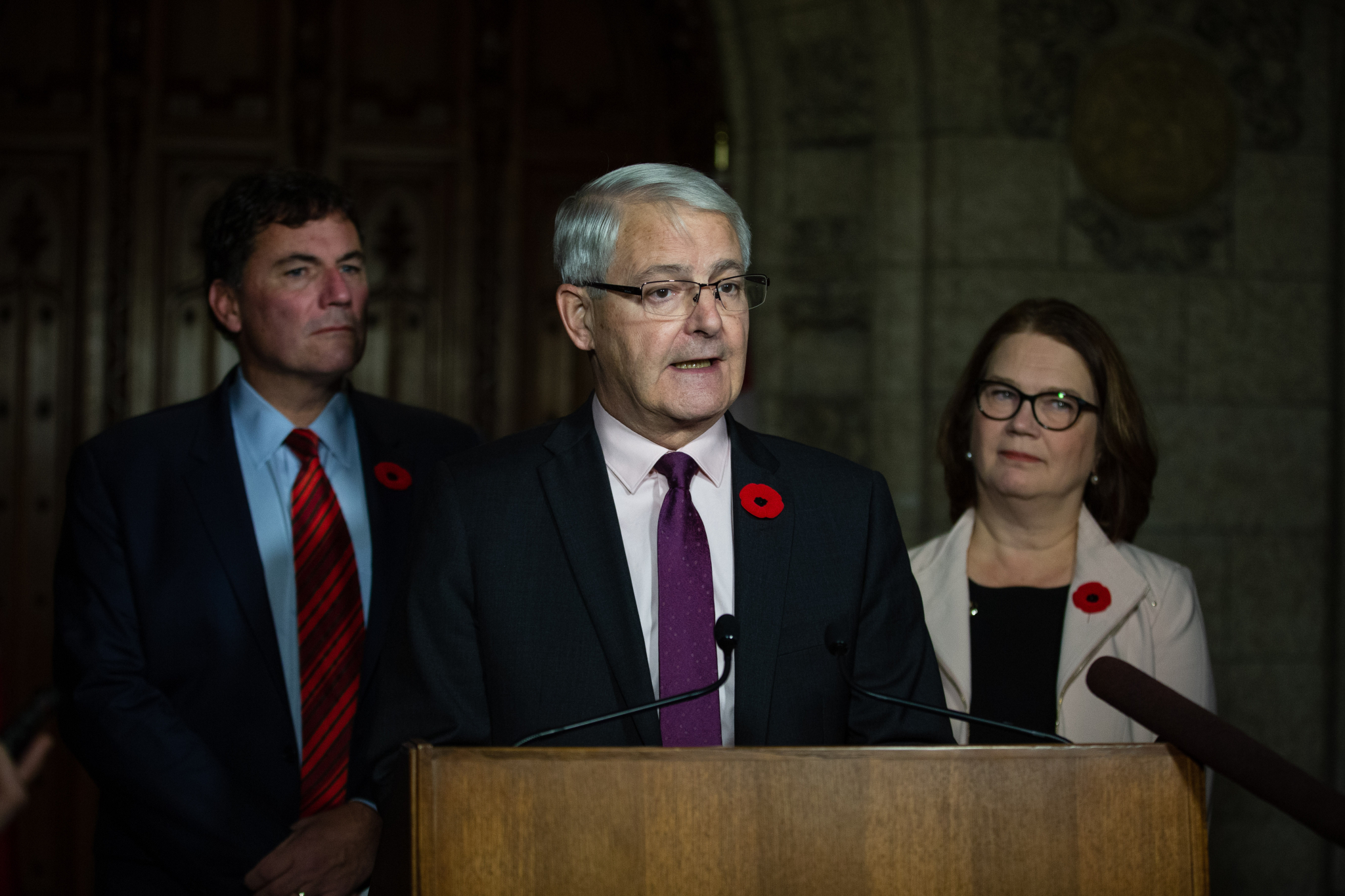 Indigenous, rural and remote communities have been left particularly vulnerable by the end of Greyhound service in parts of Canada, a trio of federal ministers said Wednesday, as they offered temporary funding to help cover the costs of some bus routes.

But the Trudeau government can’t say yet how much cash it will end up providing, as it continues to negotiate with provinces and territories to help bridge service gaps in western Canada and northern Ontario.

And despite getting into the pipeline business earlier this year when it purchased the Trans Mountain pipeline and related assets, Ottawa also does not appear to be particularly interested in getting into the motor coach business too.

Greyhound Canada announced in July that it was withdrawing bus service effective Oct. 31, 2018 for this large slice of the country, after which it will only operate in Ontario and Quebec, with an additional single route between Vancouver and Seattle. It said ridership had dropped over 40 per cent in the last eight years and the routes had become unsustainable.

Bus service equals the safety of travelers in many cases, particularly along routes with no public transportation and a history of hitchhiking, like the Highway of Tears, a stretch of highway in the northern part of British Columbia where nine women, almost all Indigenous, were murdered.

On Wednesday, the last day of business-as-usual, Transport Minister Marc Garneau said the government would be splitting funding with provinces to “help fill the gaps” for only those routes that are determined to be not commercially viable.

'We will be there with you'

“About 87 per cent of those routes that have been abandoned by Greyhound are now going to be covered by private enterprise. That's a good thing,” said Garneau on Parliament Hill.

“About 87 per cent of those routes that have been abandoned by Greyhound are now going to be covered by private enterprise. That's a good thing,” @MarcGarneau said Wednesday as he offered temporary funding for service gaps. #cdnpoli

“For those that are not, and where we have concerns about not abandoning vulnerable citizens, we have said to the provinces, ‘We will be there with you.’”

Garneau, who was joined by Indigenous Services Minister Jane Philpott and Intergovernmental Affairs Minister Dominic LeBlanc, couldn’t say precisely how much money, only that “we'll provide those figures shortly.”

The federal government argues that since 1954, under the Highway Transportation Act, provinces and territories are the “economic regulators” responsible for inter-city bus companies.

Because of this, the ministers said, they were waiting to first hear from those governments to identify what routes have no commercial interest.

A patchwork of new bus services has emerged since the Greyhound announcement, comprised of startups, shuttle buses, ride-sharing services and Indigenous-owned bus lines.

Pressed on why Ottawa was willing to fork over $4.5 billion of public money to buy the Trans Mountain oil pipeline and tanker expansion project but not a transportation system in Western Canada, Garneau said the 1954 model was still preferred by provinces.

“Given the exceptional circumstances of the announcement by Greyhound...we began a process of working with the provinces,” he said. “We indicated to them that for those provinces that still identified gaps — and we would wait to hear from them on that — we would be willing to cost-share to provide some funding.”

LeBlanc said the government was trying to find a solution that was both “simple and easy to use for travelers” and that respected provincial and territorial responsibilities.

The Trudeau government is also funding start-up costs for Indigenous transportation businesses and considering them as it hammers out a more permanent plan.

This funding will be through the government's Aboriginal Entrepreneurship Program and support both routes that were covered by Greyhound and others that weren’t, said Philpott.

Buses have been used for the government’s Non-Insured Health Benefits program that covers the cost of medical transportation for Inuit and First Nations, the minister pointed out.

For many people living in remote communities this means travelling great distances to the care that they need.

“The transportation available by bus is critical for day-to-day travel as well as for economic development opportunities, and the safety of Indigenous women and girls,” said Philpott.

“I am happy to report though that as it relates to Greyhound cancellations, it turns out that the routes in question only represent a small number of overall trips that clients have been using to get to their (medical) appointments….department officials are confident that there should be minimal to no disruption on this front.”

They were there for Palestine

They were there for Palestine with 50 million. Hopefully there's something in the kitty for transportation. There wasn't for our veterans.