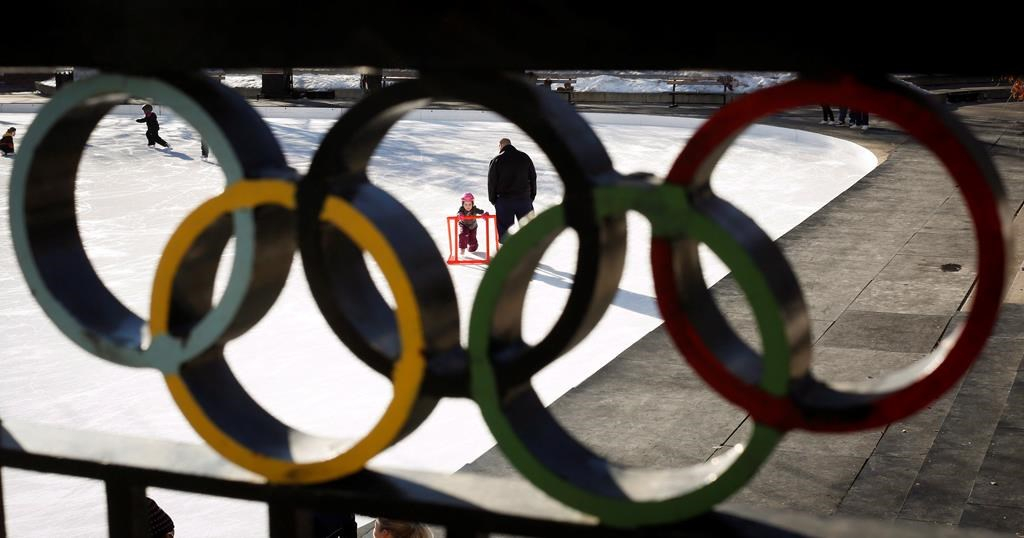 A young girl learns to skate on the ice at the 1988 Calgary Olympic Plaza on a warm day in Calgary, Alta., on Sunday, Jan. 19, 2014. File photo by The Canadian Press/Jeff McIntosh
Previous story

Calgary city council will decide Wednesday whether a last-minute revamping of financial terms is enough to save a potential bid for the 2026 Winter Olympic and Paralympic Games.

A bid seemed destined for the dust bin after Tuesday's meeting of the city's Olympic assessment committee.

Coun. Evan Woolley, who chaired the committee, brought forth motions to kill the bid and cancel a Nov. 13 plebiscite asking Calgarians if they want the Games or not.

Those motions were referred to Wednesday's council meeting.

He said the provincial and federal governments and the city could not come to a cost-sharing agreement on the $3-billion public investment asked for by the bid corporation Calgary 2026, which had estimated the total cost of hosting the games at $5.2 billion.

"The gap is too large," Woolley said.

But Calgary 2026 announced Tuesday night that an agreement was reached between the federal and provincial governments to consider a new funding proposal.

The public investment required was reduced by $125 million to $2.875 billion.

Under the revamped terms, the Alberta government's commitment of $700 million would remain the same.

The remainder would be covered by the city in a breakdown that includes $370 million in cash, plus another $20 million to cover a premium on a $200-million insurance policy against cost over-runs, for a total of $390 million.

The city's previous commitment to spend $150 million on improvements in the Victoria Park and Stampede Park area — the site of the proposed athletes' village and potentially a new NHL arena — was also included in the city's 2026 contribution.

"This is a proposal that makes sense and is a good deal for Calgarians," Calgary 2026 board chair Scott Hutcheson said in a statement. "I'm confident we and our government partners can agree to move forward and reach an agreement in principle.

"I know city council understands how important this is to Calgary, that they know what's at stake here, and that they will show their strong leadership and allow Calgarians to decide the outcome of the Olympic and Paralympic bid at a plebiscite November 13.

"These will be Canada's games, Calgary's choice."

Calgary 2026 was organizing a pro-Olympic rally to be held in front of city hall Wednesday morning.

Advance voting for the plebiscite is scheduled for Monday and Tuesday.

"If you know me, you know I am a Canadian football fan and in the CFL you often get that last field goal in the very last second going through the uprights," the mayor said after the committee meeting.

"What council has to do ... is determine whether there's enough there for Calgarians to vote on two weeks from today, or if they feel that the clock has in fact run out without the field goal."

Neshi was not immediately available for comment Tuesday night.

Calgary was the host city of the 1988 Winter Olympics. The venues still used for international and domestic competition and training are the foundation of a second bid.

Calgary 2026 estimated $502 million would be required to get those venues Olympic-ready again.

The bid corporation says it has built $1.1 billion in capital and operational contingency funds into its draft host plan.

The International Olympic Committee has committed $1.2 billion in cash and services to the 2026 host city.