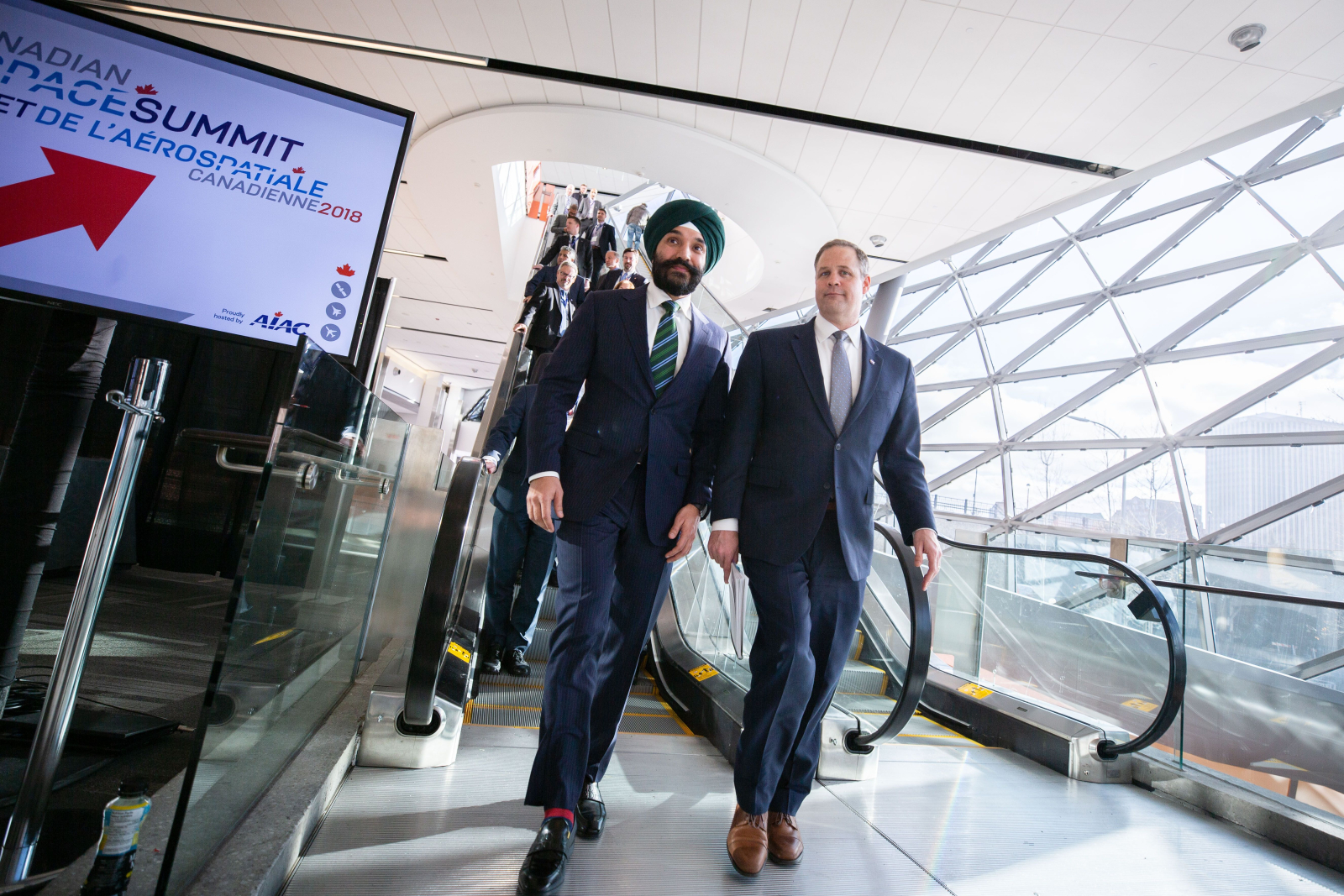 Jim Bridenstine, administrator of the National Aeronautics and Space Administration,(right) and Canadian Innovation Minister Navdeep Bains at the Aerospace Industries Association of Canada summit in Ottawa on Oct. 14, 2018. Photo by Alex Tétreault
Previous story
Next story

The Trudeau government faced criticism Wednesday for a tepid response to the head of the U.S. space agency saying he wants to see Canadian astronauts walking on the moon in the near future.

Jim Bridenstine, the administrator of he National Aeronautics and Space Administration, said a reconstituted lunar program is the first step toward deeper space exploration, including a mission to Mars.

On a two-day trip to Ottawa, the NASA chief made an impassioned pitch for Canada to continue its decades-long space partnership with the U.S., including by supplying astronauts.

NASA is embarking on the creation of its new Lunar Gateway, a space station it is planning to send into orbit around the moon starting in 2021. The agency wants to create a "sustainable lunar architecture" that would allow people and equipment to go back and forth to the moon regularly, Bridenstine said.

"If Canadians want to be involved in missions to the surface of the moon with astronauts, we welcome that. We want to see that day materialize," he told a small group of journalists in Ottawa ahead of his keynote speech to the Aerospace Industries Association of Canada.

"We think it would be fantastic for the world to see people on the surface of the moon that are not just wearing the American flag, but wearing the flags of other nations." 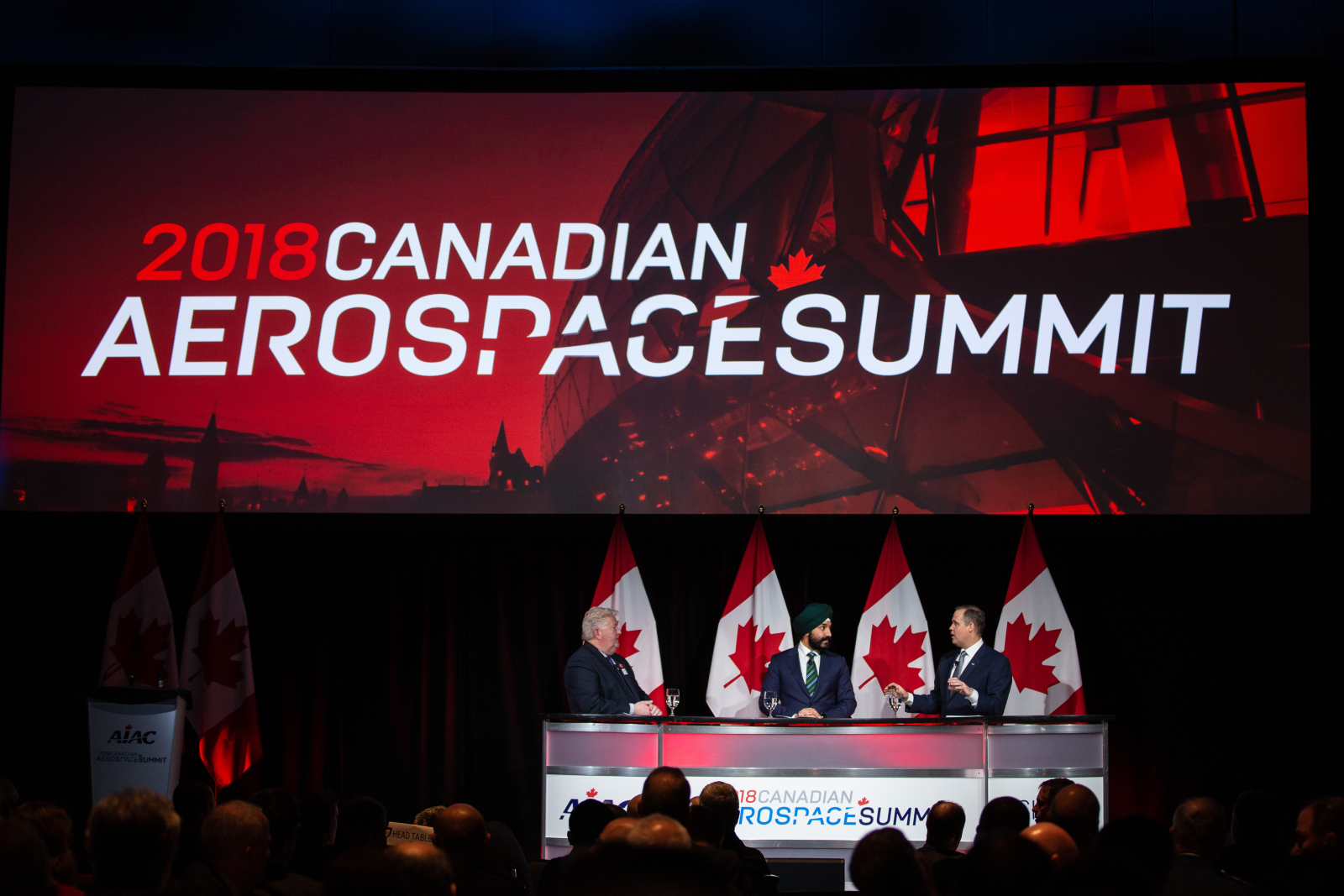 The U.S. is seeking broad international support for its new lunar initiative, Bridenstine told the industry conference. He said NASA wants Canada's expertise in artificial intelligence and robotics, which could include a next-generation Canadarm on the Lunar Gateway and more Canadian technology inside.

Innovation Minister Navdeep Bains, a vocal booster of Canada's AI hubs in Ontario and Quebec, said the government is committed to sustaining its partnership with NASA, but he had no specifics.

The minister said the government is still working on a long-awaited space policy that has many dimensions and will be made public before next fall's federal election.

"At this stage, we would not take anything off the table," Bains told reporters, when on pressed on the possibility of contributing astronauts to moon missions. "We demonstrated very clearly we want to work with NASA. We want to work with other allies as well."

The head of one leading Canadian space technology firm said he and many other business leaders at the conference were surprised by the government's apparent lack of enthusiasm for Bridenstine's ambitious request.

"There was a lot of excitement about the opportunity that was clearly being given to Canada here," Mike Greenley, the president of MDA, said in an interview. "I'm a little bit concerned about that lack of response."

Greenley said it is possible the government is still considering its options, but given the urgency of the U.S. timetable, that might not be wise.

"The concern would be if we wait too long we can miss the opportunity," he said. "We best not ponder this too long."

Greenley said he'd like to see Canadian astronauts on the moon one day, but to get to that stage Canada needs to participate in NASA's broader lunar program.

Bridenstine said the return to the moon is a stepping stone to a much more ambitious goal: exploration that could include reaching Mars in the next two decades.

"The moon is, in essence, a proving ground for deeper space exploration," he said.

Marc Garneau, who was the first Canadian to reach outer space in 1984 and is now Canada's transport minister, told the conference he wants Canada to continue being a "star player" in all fields of the aerospace industry. But he had no new space initiatives to announce.

On Dec. 3, Canadian astronaut David Saint-Jacques will travel to the International Space Station on his first mission.

Story updated at 5:05 p.m. ET with reaction and photos.

Canada aiming for the moon, and beyond, with new space technology efforts

We need boots on the ground

We need boots on the ground down here on planet Earth. Lots of work to keep folks busy.

Couldn't agree more!! ...not to mention all the places where the exorbitant amounts of ca$h are needed...!!