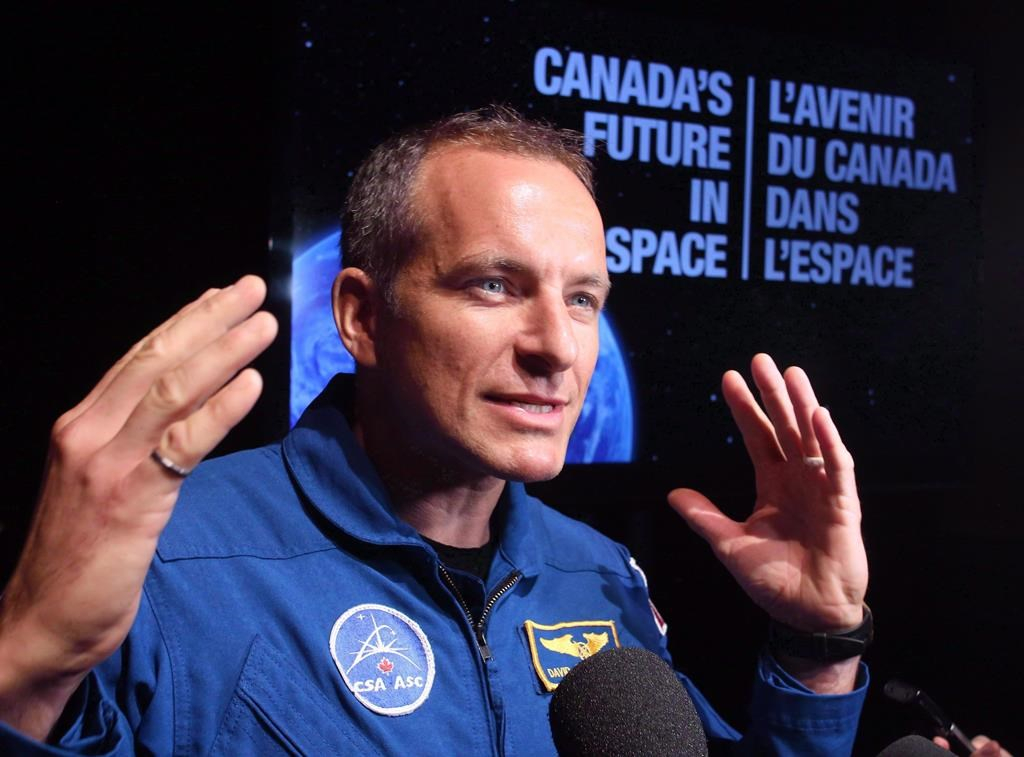 They will come as he and two fellow astronauts blast off Monday from the Baikonur Cosmodrome on their way to the International Space Station.

"Among all the tasks, the most complicated — the most dangerous — is the 10 minutes being launched in orbit," Saint-Jacques said Thursday from Kazakhstan, where he is in quarantine.

"Obviously space flight is dangerous, and it's something that requires all our attention to achieve successfully," he told reporters by video conference. "Nick and Alexei demonstrated once more that we need to look at every detail and be well prepared."

Saint-Jacques' first space voyage, with NASA astronaut Anne McClain and Russian cosmonaut Oleg Kononenko, was originally scheduled to launch Dec. 20. It was moved ahead after Russian authorities finished their investigation into the failed launch.

They concluded the failure occurred when a sensor on board the rocket did not properly signal the separation of the first and second stages.

Saint-Jacques said about half of the two-and-a-half-years of training for this mission was dedicated his role as co-pilot of the Soyuz rocket on the roughly six-hour journey to the space station. "That maybe, is a measure of how critical that is," he said.

Saint-Jacques, 48, said once he's arrived at the space station he'll be able to focus on work and life aboard the outpost.

He added that his greatest fear is not being able to "appreciate the importance and extraordinary aspects" of his six-month stay on the orbiting space laboratory.

"I'm the kind of person who gets really down into their work and gets buried into the task at hand, so I think my challenge will be to raise my head, look around and realize where I am and let it sink in," Saint-Jacques said.

The last Canadian astronaut to visit the space station was Chris Hadfield, who was on a five-month mission that ended in May, 2013.

Saint-Jacques said he has been really impressed with how attached the Russians are to their space flight rituals.

"It's as if the whole process was in danger of being jinxed if you don't do things the way they should be done," he said.

He cited as one example the tradition that the same photos must be taken at the same place before every launch.

Recently, Saint-Jacques planted a tree on Cosmonaut Alley in Moscow. "That's something that every first-time flyer on a Russian space craft has done ever since Yuri Gagarin," he said.

Gagarin became the first person to fly in space in April 1961.

Another rite involves getting out of the bus near the rocket and urinating on its right rear wheel. That also dates back to Gagarin, who reportedly did not want to soil his space suit during the takeoff.

Saint-Jacques will be seeing another familiar Canadian astronaut before he blasts off.

"The former chief astronaut for the Canadian Space Agency ... will give her best wishes to David Saint-Jacques, on behalf of all Canadians, as he leaves for his first-ever space mission," Prime Minister Justin Trudeau said in a news release.