Does Mike Schreiner have the solutions for Ontario’s future?

By Fatima Syed | Opinion, Politics | November 30th 2018
#87 of 109 articles from the Special Report: State of Journalism 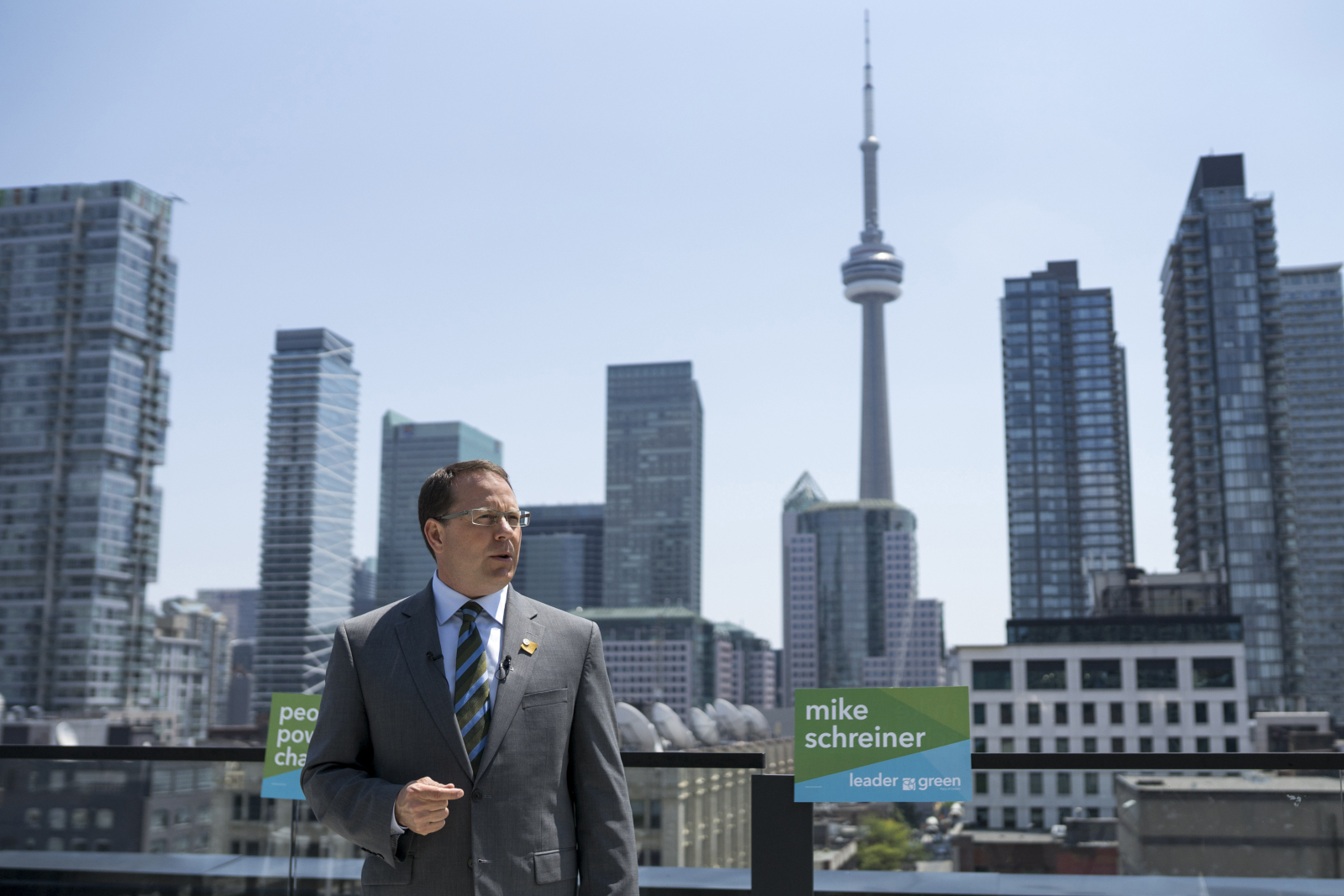 Mike Schreiner, leader of the Green Party of Ontario, speaks to reporters on a Toronto rooftop on May 24, 2018. Photo by Nick Iwanyshyn
Previous story

My first day as a member of the Queen’s Park press gallery was September 12. On that day Ontario’s legislature made history, launching an emergency debate over Premier Doug Ford’s decision to cut Toronto city council in half mere weeks before the municipal election by invoking the notwithstanding clause — a constitutional tool that had never been used in Ontario’s history.

Believe it or not, things have only gotten more complicated since then.

Ontario’s new Conservative government is forging a new political path for the province. In recent weeks, Doug Ford has slashed Ontario’s watchdogs, lost the only francophone member of his caucus over cuts to services for Franco-Ontarians, weakened welfare services and proposed a $500 million climate plan.

Each policy has come with few details but always with one clear goal: reducing a $15 billion deficit.

Like me, you may be wondering where Ontario is going. That’s why National Observer is launching a series of public conversations called 'Ontario 2030,' starting Monday night in Toronto and featuring Ontario Green Party Leader Mike Schreiner.

In his first five months at Queen’s Park, Schreiner has become known as one of the hardest working and best liked members of the legislature. And from a reporter’s perspective, the always smiling, green-tie-wearing MPP has the best zingers.

Five things you need to know about Mike Schreiner

At his core, Schreiner is a farm boy from Kansas – who moved to Canada for love.

He has a deep adoration for NCAA basketball.

He started one of the first local organic food companies in Ontario before making his foray into politics.

And, he carried out his election campaign from a hybrid car share vehicle.

You might assume Schreiner’s politics are climate focused. You’re not wrong, but he has also taken a stand on and proposed policies for better mental health services, stronger income support, affordable housing and more honest politics.

Join @MikeSchreiner and @fatimabsyed Dec. 3 in Toronto for a discussion about Ontario's future. #onpoli #cdnpoli #climatechange

Do you have more questions? I know I do. Be part of our discussion Monday at the Centre for Social Innovation - Spadina.

This is your chance to get an insider’s view on what is happening at Queen’s Park.

And I want to hear your take on, and your questions about, where Ontario is going.

When you buy a ticket for this event, you are helping fund independent Canadian journalism – that means more interviews about climate change with top newsmakers, more behind-the-scenes investigations, and more features from the frontiers of clean energy innovation.

Fatima Syed is National Observer's Toronto reporter. She was previously a reporter for The Toronto Star and an editorial fellow at The Walrus.