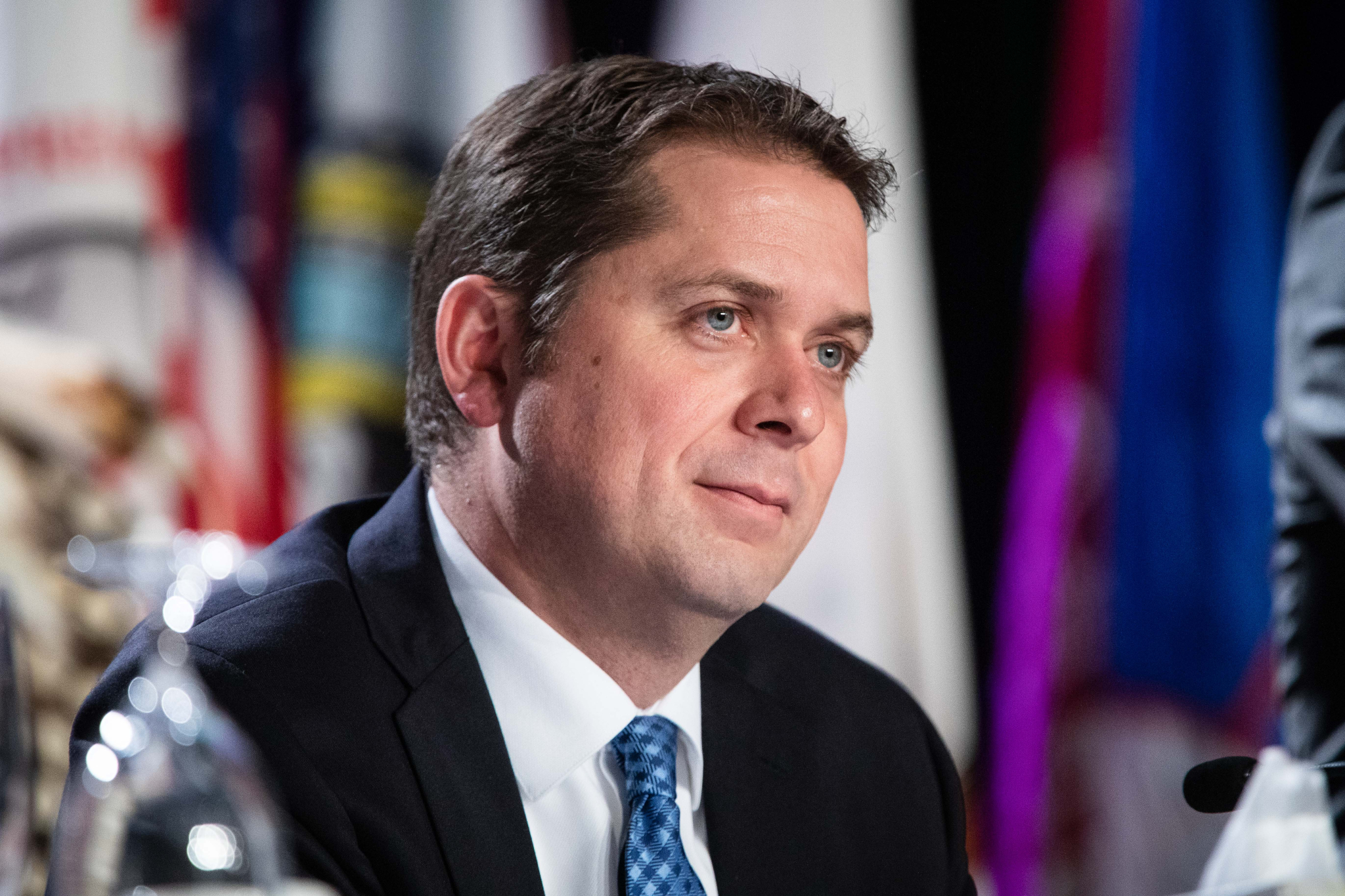 Conservative Leader Andrew Scheer speaks to members of the Assembly of First Nations in Ottawa on Dec. 6, 2018. Photo by Alex Tétreault
Previous story
Next story

Hundreds of First Nations chiefs booed Conservative Leader Andrew Scheer on Thursday when the opposition leader told them they will have to wait until his platform is released to see how he differs from former prime minister Stephen Harper.

The Assembly of First Nations chiefs were meeting in a downtown Ottawa hotel. During a question-and-answer session with the opposition leader, chiefs asked Scheer how he's different from Harper, with one asking him to name one policy stance he holds that's different from Harper's and another asking how he plans to rebuild trust with First Nations people that "Harper lost."

Chief Elaine Johnston of Serpent River First Nation in northern Ontario told Scheer that First Nations people have not had positive relationships with Conservative governments, including the new one in Ontario.

Jessica Jacobs, a councillor for Ta’an Kwach’an Council in Yukon, asked Scheer flatly how he feels about Indigenous people and issues and how he plans to try to fix the relationship between the Conservative party and Indigenous people in Canada.

"First two questions were kind of similar ... the differentiation between myself and the previous Conservative government specifically when it comes to policy. So on that I am going to have to ask you to have a little bit of patience for when our platform gets released," Scheer said, and was hit by the wave of boos.

Scheer quickly added that Indigenous people will see change. In the last election the Conservatives did not win support from a large majority of First Nations communities and people and he wants to fix that, he said. "Part of that is coming to these kinds of meetings, in a respectful way."

But Scheer did suggest his party would seek to protect and promote Indigenous languages, saying he and AFN National Chief Perry Bellegarde have already talked about it.

That will be part of a whole segment of the Conservative party's election platform, said Scheer, which he vowed would not be crafted only by his inner circle.

"I'd be happy to come back at a future time and explain more detailed aspects of what we'll be campaigning on, but it will be a different approach to the Liberals. It will be an approach that's based on getting the relationship right, but also getting results," he said. "You talked about what we're going to do to overcome the relationship challenges that we may have had in the past. It is frustrating for me as a Conservative when I think about the great things that we did do in terms of policies."

Opposition leader ⁦@AndrewScheer⁩ is taking questions from Chiefs at the #afnscA2018. In response to how he would be different from the past Conservative government he says “you have to wait for the release of our next platform” elicits boos from the crowd ⁦@APTNNews⁩ pic.twitter.com/jqaxCCyDBZ

"So we have these legacies but clearly when you don't have the relationship right ... often tangible results get overlooked or at least get viewed in a different way."

Scheer said the big hurdle for the Conservative party is to get that relationship back on track so the party and Indigenous people can work more closely together "in that spirit of trust."

"I view Indigenous Canadians as an integral part of our society, proud of their contribution to Canadian history, great deal of respect for all they did pre-Confederation, the way that they have been partners in building this society we have, and I'm very proud to represent a dozen First Nations communities in my own riding," the Saskatchewan MP said.

Singh raised NDP MP Romeo Saganash's private member's bill aimed at ensuring Canada's laws are in harmony with the United Nations Declaration on the Rights of Indigenous Peoples, calling it a powerful and transformative piece of legislation.

Singh said that while the last three years seem like a "ray of hope" given the 10 years before, half steps are not enough and paternalism toward Indigenous people needs to be abandoned.

"I just want you to know I'm here in full solidarity."

They were right to boo him.

They were right to boo him. What a spineless response.

Yes, Trudeau would have

Yes, Trudeau would have practiced his virtue signalling yet again. That his promises tend to be empty doesn't seem to bother those who would line up to vote for him again.